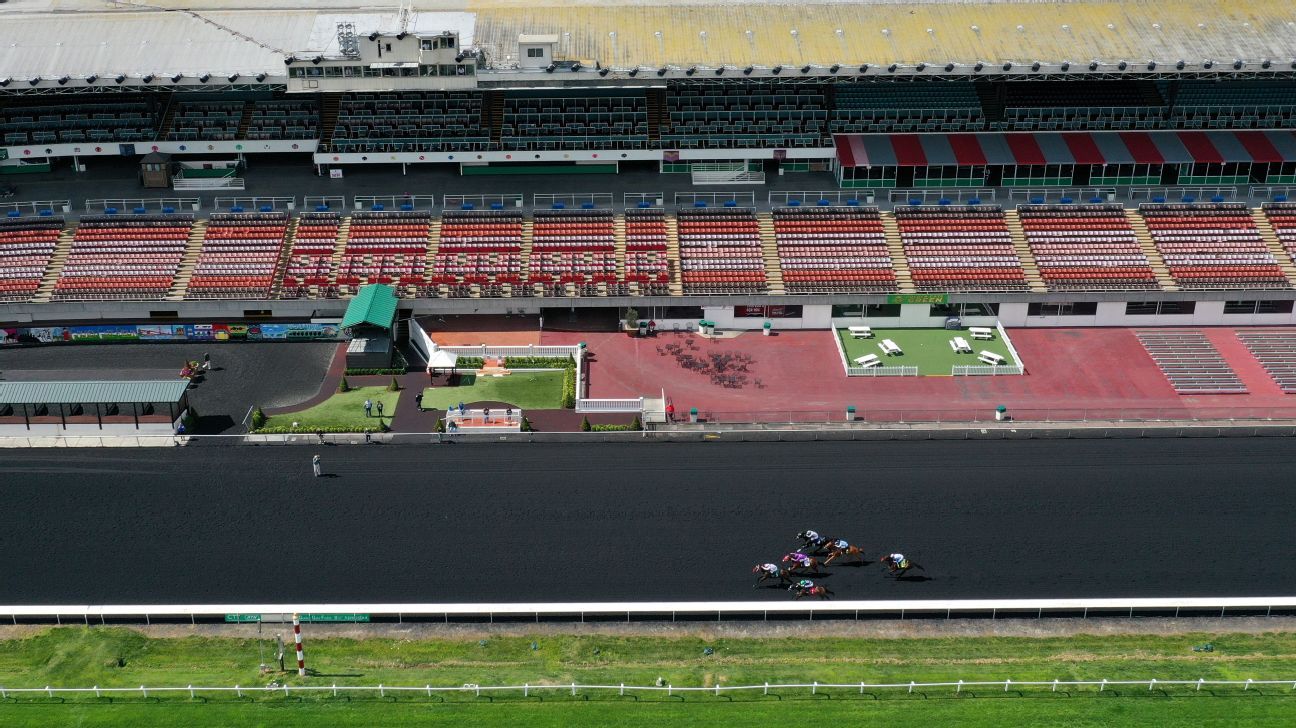 ALBANY, Calif. — A 4-year-old gelding and a 5-year-old mare have died in training incidents at Golden Gate Fields, the third and fourth thoroughbreds to die at the Northern California racetrack this year.

The gelding named Sweet Boy died Saturday, and the California Horse Racing Board’s website lists it as a sudden death.

Sweet Boy was trained and co-owned by Timothy Bellasis. The gelding had four wins in eight career starts and earnings of $43,971. Sweet Boy had not raced since Feb. 28, 2020, when he won at Golden Gate.

My Three Kids died Sunday, according to the racing board. The mare was trained by Andreas Psarras. She had one win in 14 career starts and earnings of $14,908. She finished second in her last race on Feb. 6 at Golden Gate.

Two other thoroughbreds have died at Golden Gate this year. Both were trained by Blaine Wright. Munny’s death did not occur during racing or training, but Staredown died during training, according to the racing board website.

Golden Gate suspended racing in November for over a month as the result of a widespread COVID-19 outbreak. The track’s winter-spring meet began Jan. 15 and runs through May 13. The public is not allowed at the races.

The track is owned by 1/ST Racing, formerly known as The Stronach Group, whose holdings include Santa Anita, Gulfstream in Florida and Pimlico in Maryland, among others.