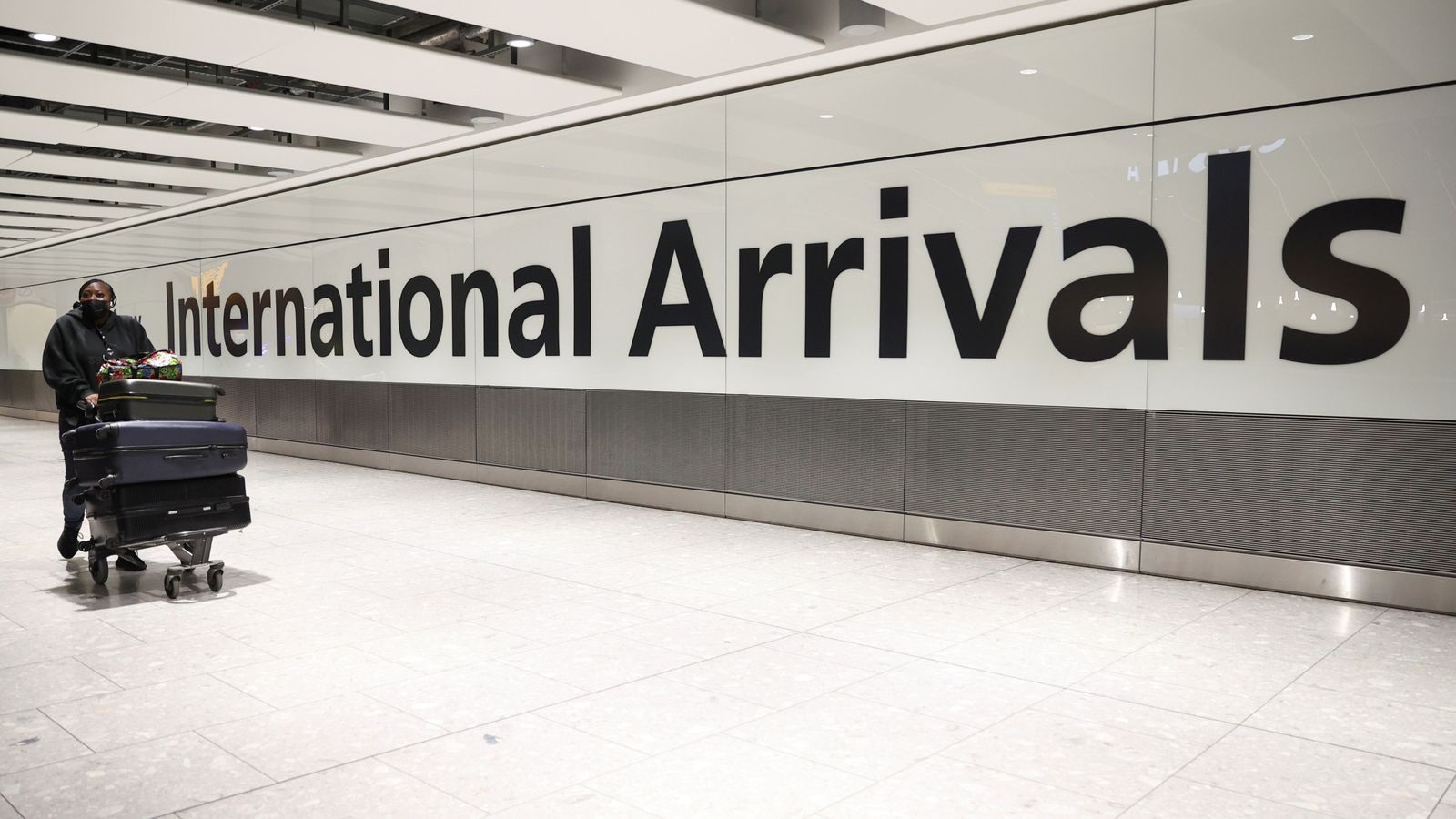 Heathrow Airport has issued the chancellor with a string of demands ahead of next week’s budget after reporting a £2bn loss for 2020.

The UK’s largest airport said passenger numbers collapsed by 73% over the year as the COVID-19 pandemic took its toll on international travel globally.

It said just 22.1 million people used Heathrow over the 12 months – the bulk of them before restrictions were put in place last March.

The figure represented a fall from almost 81 million in 2019.

The crisis has seen Heathrow slash more than 1,000 jobs, many through voluntary redundancy, and place two terminals in hibernation with Terminal 4 not expected to re-open until the end of the year.

The airport’s wish list for Rishi Sunak included 100% business rates relief and an extension of the furlough scheme.

It also called for a U-turn on the ban on VAT-free shopping for tourists to the UK but hoped that a vaccine-driven reopening of the skies was on the horizon.

Nevertheless, the airport forecast that just 37.1 million passengers would travel through Heathrow in 2021 – a level still more than 50% down on 2019.

Chief executive John Holland-Kaye said: “Despite £2bn of losses and shrinking to passenger levels we haven’t seen since the 70s, I am hugely proud of the way that our colleagues have kept our passengers safe and the UK’s hub airport open for vital supplies throughout.

“We can be hopeful for 2021, with Britain on the cusp of becoming the first country in the world to safely resume international travel and trade at scale.

“Getting aviation moving again will save thousands of jobs and reinvigorate the economy, and Heathrow will be working with the Global Travel Taskforce to develop a robust plan underpinned by science and backed by industry.”