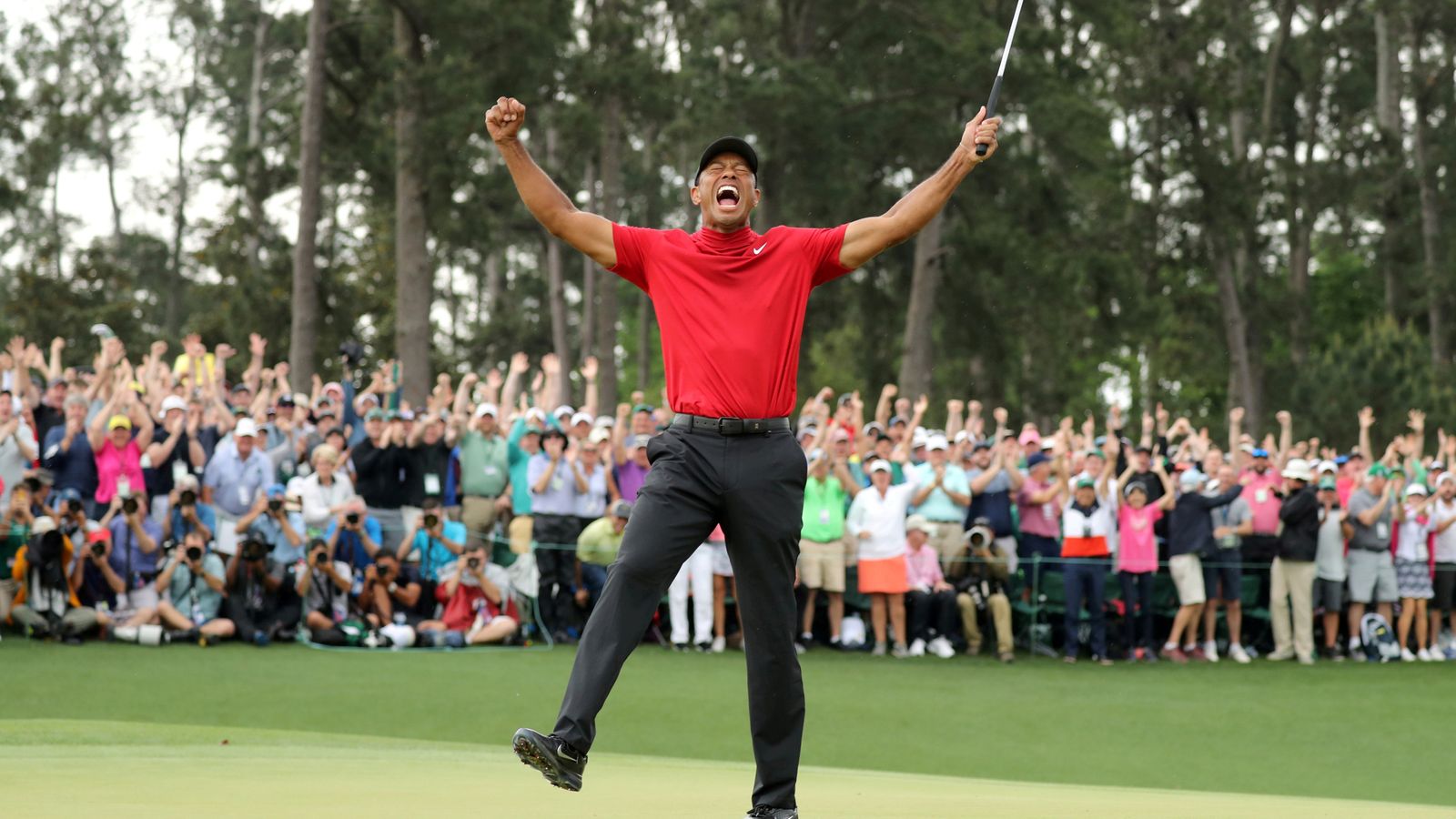 Tiger Woods’ car crash is the latest major event in a career that has seen glittering sporting highs as well as painful personal lows.

The 45-year-old has sustained serious injuries to both legs after rolling his car in a dramatic crash in Los Angeles on Tuesday – leaving some wondering whether he can ever return to sport again.

But after decades of highs and lows throughout the sportsman’s career, it was perhaps former president Barack Obama who summed the situation up best: “If we’ve learned anything over the years, it’s to never count Tiger out.”

Here, we look at the ups and downs Woods has dealt with during his decades-long career.

The young Tiger Woods caught attention when he played his first major championship at the 1995 Masters aged just 19 and competing as an amateur. He finished in a tie for 41st – becoming the only amateur to make the cut.

At 20, he turned professional and became an immediate star. Pairing with defending champion Nick Faldo in the 1997 Masters, Woods set a tournament record of 18 under par.

Within two months he was the world number one for the first time, going on to spend a record 683 weeks at the top of the rankings.

Dubbed the Tiger Slam, Woods became the only player to hold all four major golfing titles at once on 8 April 2001.

He stormed to a record 15-shot victory at the 2000 US Open before winning the Open Championship by eight shots a month later.

Woods then went on to successfully defend his US PGA Championship title in August 2000 and later secured victory at the 2001 Masters tournament – completing his Tiger Slam.

The retired US Army lieutenant colonel had been the biggest influence on his son’s career, with the young Tiger imitating his father’s swing at just six months old.

Woods returned to action in the US Open after taking nine weeks off to grieve, but ended up missing the cut in a major for the first time as a professional.

This year, Woods was on great form and won his opening four events of the season.

But it was his electric win at the US Open that sticks in the memory most, as the golfer hobbled to victory despite two stress fractures in his tibia and a knee that needed surgical reconstruction just a week later.

Many will remember his 12-foot birdie putt that forced an 18-hole playoff with Rocco Mediate – and his subsequent reaction.

The high of his US Open win soon gave way to perhaps some of the player’s darkest days, when accusations of infidelity began swirling in November 2009.

Two days later, Woods crashed his car into a fire hydrant, a tree and several hedges near his home.

The golfer then revealed he had undergone 45 days of “inpatient therapy receiving guidance for the issues I’m facing”, before admitting to cheating on his wife Elin Nordegren.

Nordegren would divorce him in August 2010.

For the first time in his professional career – and perhaps owing to his personal struggles – Woods did not win a single tournament in 2010.

He managed to claw back victories in 2013, winning five times to once again become world number one.

But during this time period, he suffered problems with his back that often left him grimacing with pain or forced to withdraw from events entirely.

It had looked like the golfer’s career was over when he told Jack Nicklaus “I’m done” during a dinner ahead of the 2017 Masters, but soon after Woods underwent spinal fusion surgery which proved successful.

Although the success of his surgery gave some hope for a return to his glittering career, Woods hit another low in his personal life in 2017 when he was arrested on suspicion of driving under the influence.

He had been found asleep at the wheel of his car and it later emerged he had five prescription drugs in his system.

After pleading guilty to reckless driving, he spent 11 months on probation.

Some 3,954 days since his US Open victory, Woods won his 15th major title and fifth green jacket in the 83rd Masters. It is regarded as one of the greatest sporting comebacks of all time.

The 45-year-old had been undergoing rehabilitation following his fifth back surgery in January but was said to be thinking of returning to action.

Asked whether he would be fit in time for this year’s Masters, Woods had told reporters: “God, I hope so.”

But his crash on Tuesday will have likely ended his hopes of competing this year.