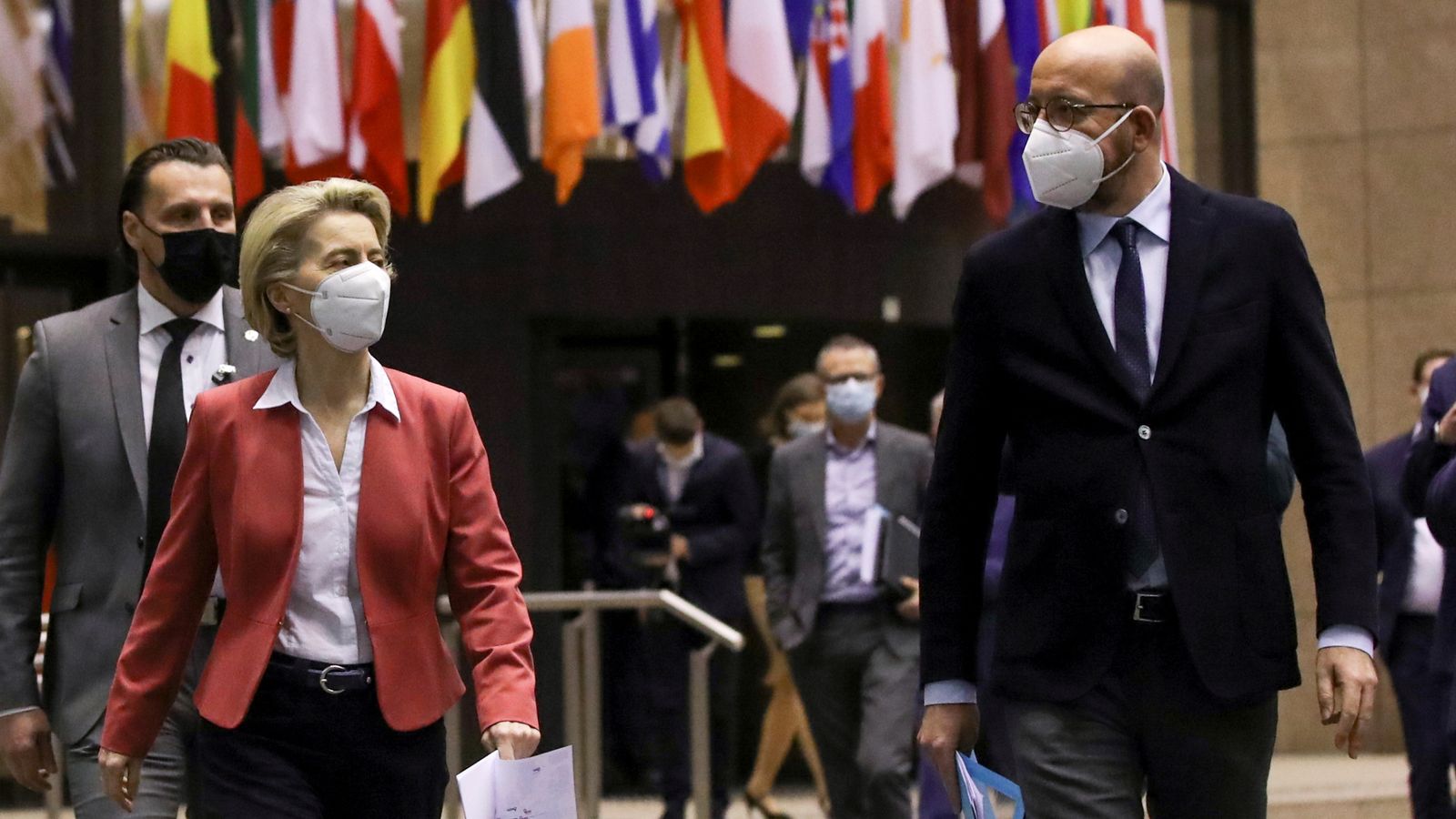 European Union leaders are divided over developing vaccine passports to open the continent up to tourism this summer.

Some countries want an EU-wide approach instead of individual nations having their own certificates, while others are concerned such documentation could result in discrimination.

Leaders of the EU’s 27 countries met online on Thursday to start a two-day summit to discuss the pandemic, and while they agreed to work on vaccine certificates, they could not come up with a unified plan.

Greece, where tourism contributes to 25% of its GDP, has been leading the call for an EU-wide vaccine certificate to ensure it can benefit from summer tourism.

Athens is in talks with Britain about using a digital “Green Pass”, which it has already agreed with Israel, that issues certificates for people who have had both of their coronavirus jabs.

Its tourism minister said on Thursday that even unvaccinated Britons could visit the country, so long as they have tested negative for COVID-19 beforehand.

Spain, Austria and Bulgaria also support the EU-wide certificate, but Vienna said it would implement its own if the EU cannot agree on anything by spring – and wants to include people who have immunity through having COVID-19 and those who have tested negative.

But German Chancellor Angela Merkel doubted whether vaccine certificates of any kind could work.

“First, it must actually be clearly resolved that vaccinated people are no longer infectious,” she told German newspaper Frankfurter Allgemeine Zeitung.

“As long as the number of those who have been vaccinated is still so much smaller than the number who are waiting for vaccination, the state should not treat the two groups differently.”

However, she provided some hope to countries pushing for certificates and said technical work on them should be completed by the summer.

Some countries, though, including France and Belgium, are concerned vaccine certificates would discriminate against those who have not been immunised.

French President Emmanuel Macron said a balance must be found and there are still ethical questions to be resolved, adding that certificates would be unfair for young people who are at the back of the vaccine queue.

France is also beefing up COVID-19 measures on its border with Germany in the Moselle area, with cross-border workers now having to present negative PCR tests to get through.

Romanian President Klaus Iohannis also said vaccine certificates would split Europeans who have and have not had the vaccine.

Other EU countries are developing their own ways of showing people have had the vaccine, with Denmark planning to launch a digital passport to document a traveller’s vaccination status, that it said will be compatible with any future EU-wide scheme.

Sweden and Finland are also planning a similar digital passport.

Hungary said from 1 March it will issue a physical vaccination certificate for any citizens who have been inoculated or have immunity from recovering from COVID-19.

The UK is reviewing the use of certificates to help reopen the economy and will consider a travel certificate once more is known about the efficacy of vaccines against variants, though ministers have acknowledged the ethical concerns.

Westminster is working with the World Health Organisation and other countries on an international travel framework.