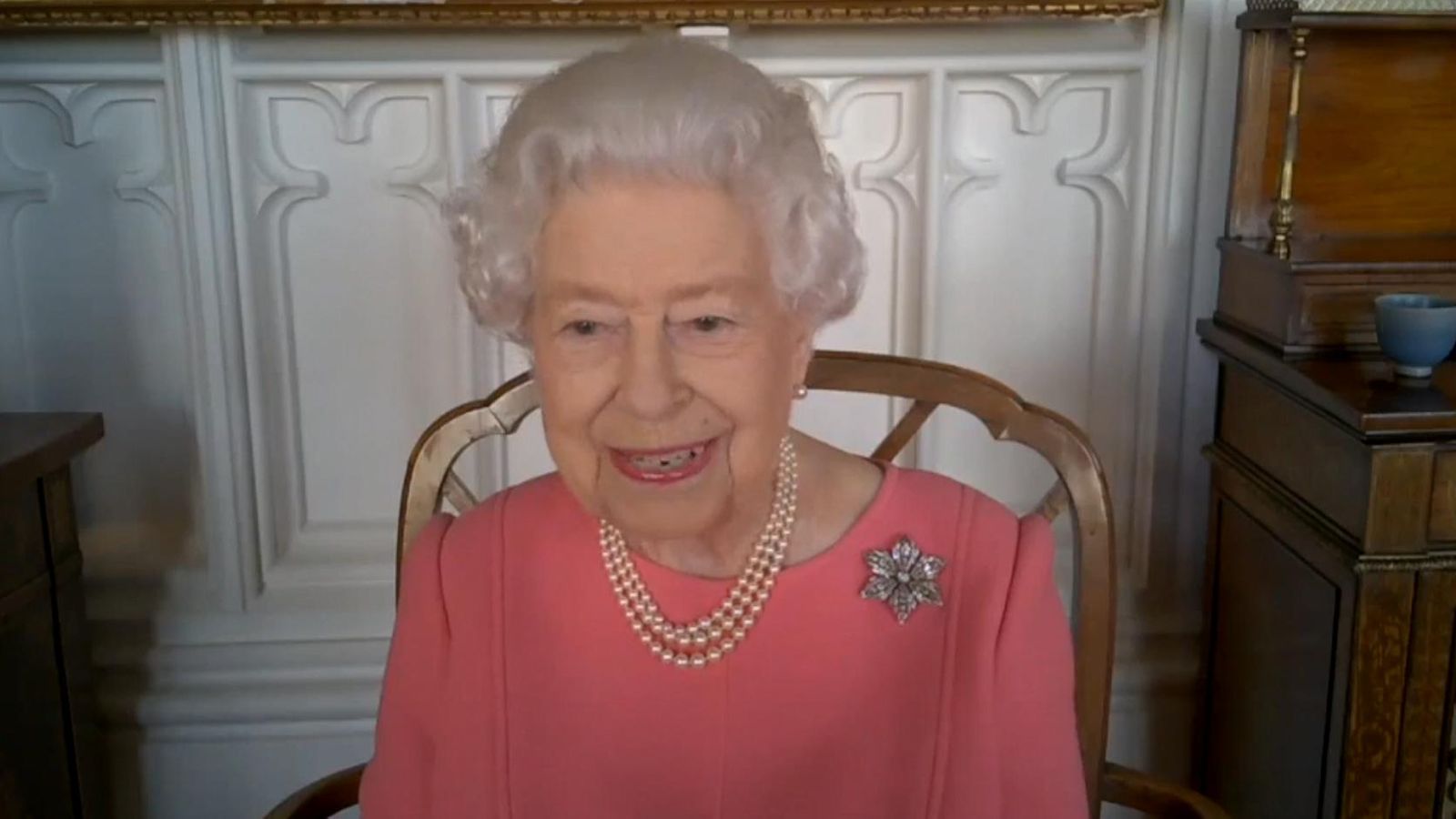 The Queen has said that having a COVID-19 vaccine “didn’t hurt at all” as she encouraged those who are hesitant about getting jabbed to “think about other people rather than themselves”.

Her Majesty, who never talks about her own private health matters in public, endorsed the importance of the vaccination programme during a video call to those co-ordinating the operations across England, Scotland, Wales, and Northern Ireland.

Talking about her own experience of having the COVID jab in January, the Queen said: “Once you’ve had the vaccine you have a feeling of, you know, you’re protected, which is I think very important.

“As far as I could make out it was quite harmless. It was very quick, and I’ve had lots of letters from people who have been very surprised by how easy it was to get the vaccine. And the jab – it didn’t hurt at all.”

The Queen’s public support and promotion of the vaccination programme will be warmly welcomed by the government and those within the health service trying to encourage everyone to have the jab.

Acknowledging the low uptake in certain communities, revealed by Sky News analysis to be concentrated in the UK’s major cities, the 94-year-old monarch said: “I think the other thing is, that it is obviously difficult for people if they’ve never had a vaccine… But they ought to think about other people rather than themselves.”

During the conversation held on Tuesday, the head of state displayed her sense of shock at how coronavirus has swept across the globe.

Dr Naresh Chada, the deputy chief medical officer for Northern Ireland, said: “We know that this is probably the largest and most disruptive pandemic that we’ve faced globally and within the UK for over a hundred years.”

The Queen replied: “It’s a bit like a plague, isn’t it? Because it’s not only here that we’ve got the virus, but it’s everywhere. So it’s a strange battle that everybody’s actually fighting.” 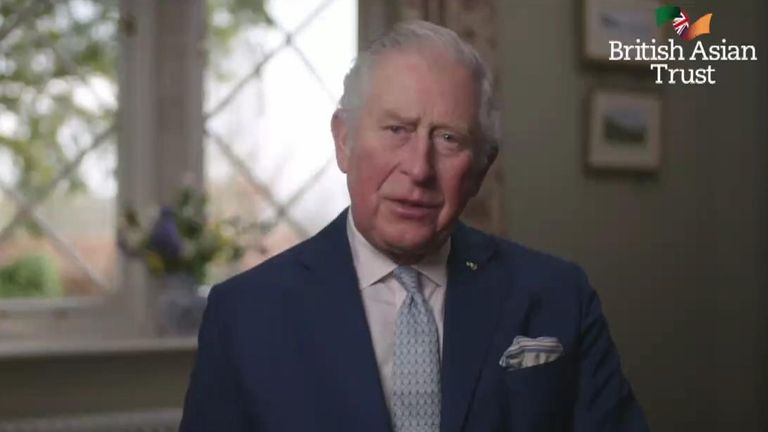 Prince Charles: ‘Vaccinations will save lives’

The call came as the UK passed the milestone of 18 million people receiving the vaccine – and another strong increase was reported on Thursday.

Praising how fast the programme had been rolled out, the monarch said: “I think it is remarkable how quickly the whole thing has been done and so many people have had the vaccine already, so you’ll have to keep up the good work. I’m very glad indeed to have had the chance to hear it all.”

Derek Grieve, head of the Scottish government’s vaccinations division, said: “This has been a huge national endeavour and one that I certainly haven’t seen of this scale before.”

The Queen compared it to wartime spirit, saying: “Having lived through the war, it’s really much like that when everybody had the same idea and I think this has rather inspired that.”

During the last week, other members of the royal family have also pushed the vaccination message.

On Monday, Prince William visited a vaccination hub in Kings Lynn in Norfolk.

Last Wednesday, Prince Charles and the Duchess of Cornwall, who’ve both had their jabs, met volunteers who are undertaking clinical trials for the COVID vaccinations at the Queen Elizabeth Hospital in Birmingham.

And the Countess of Wessex has joined the 10,000 volunteers trained up to keep the vaccination centres running by working as a St John Ambulance Care Volunteer.

In an unusual move, Buckingham Palace, which rarely comments on the private health matters of the monarch, announced in January the Queen and the Duke of Edinburgh, 99, had been vaccinated.

Bitcoin just had its worst month in more than a year
Pound heads for biggest six-month drop since 2016
Gordon Brown says Britain is ‘at war with America over Ireland’
Boris Johnson ‘right person’ to lead Tories into next general election, minister says
Protests follow US Supreme Court’s move to overturn abortion protection as clinics begin to close