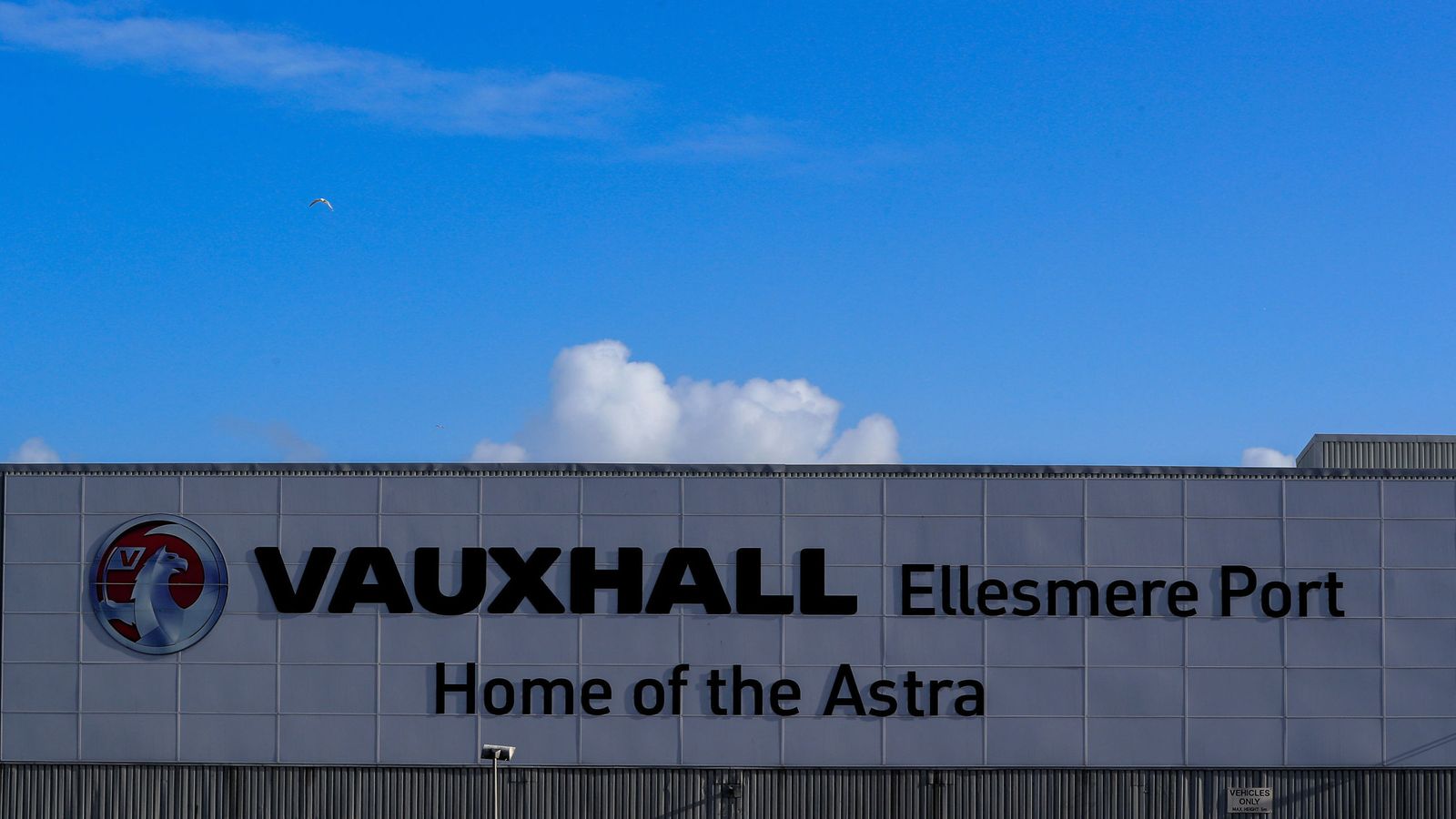 The fate of the Vauxhall plant at Ellesmere Port remains in doubt after its parent company confirmed it would not invest in building a new model at the site without guaranteed support from the government.

The Stellantis group, which owns Vauxhall, is currently considering whether to commit to building a new electric vehicle at the factory in Cheshire.

Stellantis says it expects to reach a “binding agreement” with the government, but if it cannot secure government incentives for an electric model, as well as guarantees over the post-Brexit complexities of trading batteries, it is understood it could close Ellesmere Port when production of the current petrol and diesel Astra ends this year.

Ministers have been in talks with the car group since the turn of the year, with new business secretary Kwasi Kwarteng meeting executives three times in six weeks since he was appointed.

Talks this week are not expected to lead to a decision before the weekend, with sources on both sides saying they did not anticipate an imminent deal.

In a statement, Stellantis said: “We have ongoing discussions on different scenarios for Ellesmere Port with UK authorities at both national and local levels.

“At this stage these discussions are productive but not conclusive.

“We expect an eventual binding commitment by the UK government in the near future and will act accordingly. 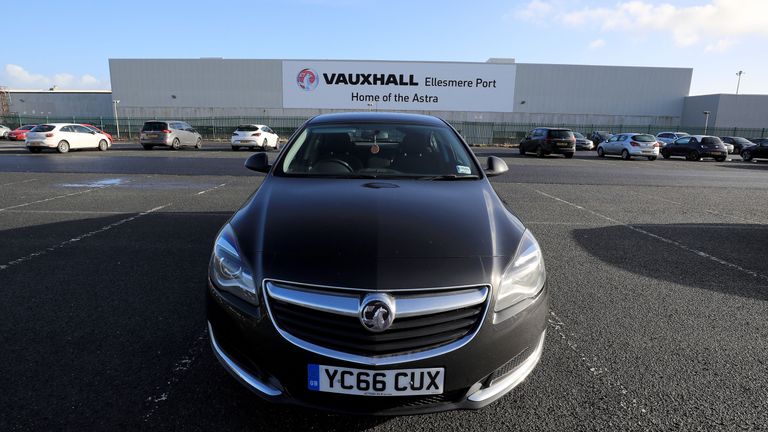 Ellesmere Port ‘will be sacrificed’ in PSA-Fiat merger

“In the meanwhile no investment decision will be made.”

Stellantis’ comments crank up the pressure on the government to help prevent the closure of a plant that employs 1,000 people directly and supports many more jobs in the local supply chain and wider community.

The business department said it would not comment on speculation about its talks with Stellantis, but Mr Kwarteng is said to be determined to secure a future for the plant.

Ellesmere Port’s fate matters because it tests the viability of two strands of government policy; Brexit, and its green industrial strategy.

Its resolution may also give an indication of how ministers intend to use the freedom from EU state aid rules.

Brexit was always going to be a challenge for motor manufacturers whose productivity depends on complex and finely-tuned supply chains to the UK from Europe.

Managing the end of the transition period in January was described by insiders as “hellish”, requiring a huge effort to keep production lines rolling as new border procedures and COVID pressures combined.

But electrification raises another Brexit challenge. 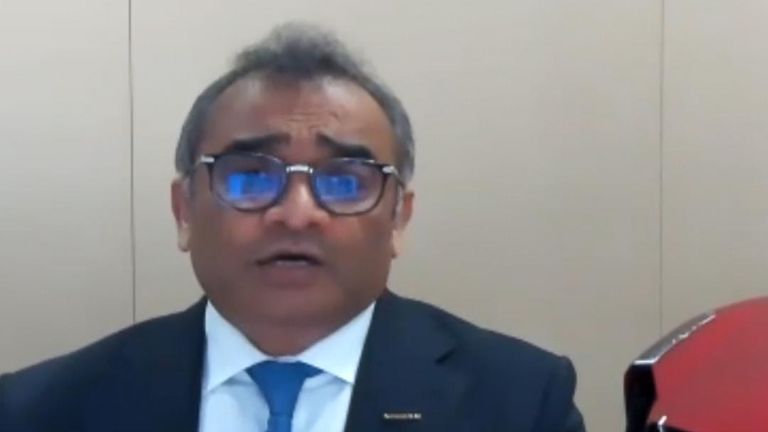 ‘Brexit for Nissan is positive’

Under the deal agreed between London and Brussels, UK-made cars can be exported tariff-free as long as they meet “rules of origin” governing what counts as a predominantly EU or UK-made vehicle.

However those rules will tighten significantly over the next six years, with a particular impact on electric vehicles.

By 2027, some 55% of the value of a car exported to the EU will have to derive from UK-EU made parts to remain tariff-free, and rules will begin to tighten in 2024.

Any vehicle outside that limit will be subject to 10% import tariffs.

It is an acute challenge for electric vehicles, in which the battery represents around 60% of the value.

Currently only Nissan makes any of its own powerpacks in the UK and batteries are difficult to move, being both heavy and subject to safety restrictions.

Simply importing them to the UK to install will not add sufficient “value” to offset the tighter rules-of-origin.

So if the UK is to manufacture some of the electric vehicles the prime minister has committed us to, it is going to have to make batteries, and here the UK is a long way behind its European competitors.

Nissan has committed to make the power packs for its long-haul Leaf model at its existing Sunderland battery plant, and believes this gives it an advantage over its UK-based competitors.

For Ellesmere Port these issues intersect at a critical junction.

The plant has been making the Astra, beloved of boy racers and police fleets alike since the 1980s, but the current model is due to expire this year, with no decision yet made on whether it will build the new one.

Ellesmere Port has an internal market to worry about as well as external political and environmental pressures.

The brand is so embedded in British motoring that some mistakenly presume it is a UK company, but it is now part of a vast multinational group that is also home to Peugeot and Citroen, and as of January the Fiat-Chrysler stable.

Vauxhall and the unions have spent much of the last two years trying to demonstrate greater efficiencies and flexibility than competitor plants within the same group in Europe in order to try and win production of the new Astra.

Brexit made that challenge harder, and the commitment to ban new internal combustion engines means if there is a long-term future, it will have to be electric.

While it is uncomfortable for workers, Stellantis does have some leverage over a government seeking to justify the Brexit leap.

Whatever the government’s arguments for leaving the EU, losing an historic car plant eight weeks later because you do not have a viable industrial strategy was not among them.

Battery production would seem an obvious target for a bracing blast of post-Brexit state aid, but it would also be an early test of the “level-playing field” rules in a key strategic industry the EU is also seeking to own.

All of which explains why Mr Kwarteng has personally engaged with Stellantis so often, and why the company might be happy for the talks to play out up to the wire of next week’s Budget.

Closure of Ellesmere Port, either now, or managed in the dying days of the internal combustion engine, would be a disaster for the staff and the town.

It would also see Mr Johnson’s vision of an innovative, green and independent industrial future hit a brick wall before it got out of first gear.

Babymaker 2 review: This belt-drive electric bike is more than just an edgy name
HP laying off 4,000-6,000 employees globally over the next three years
Murders of two 16-year-old boys in London linked as victims named
Tesla (TSLA) is taking a beating; investors ask board to stop the bleeding
Get ready for a prolonged downturn that’s worse than 2000 or 2008, billionaire VC Doug Leone says