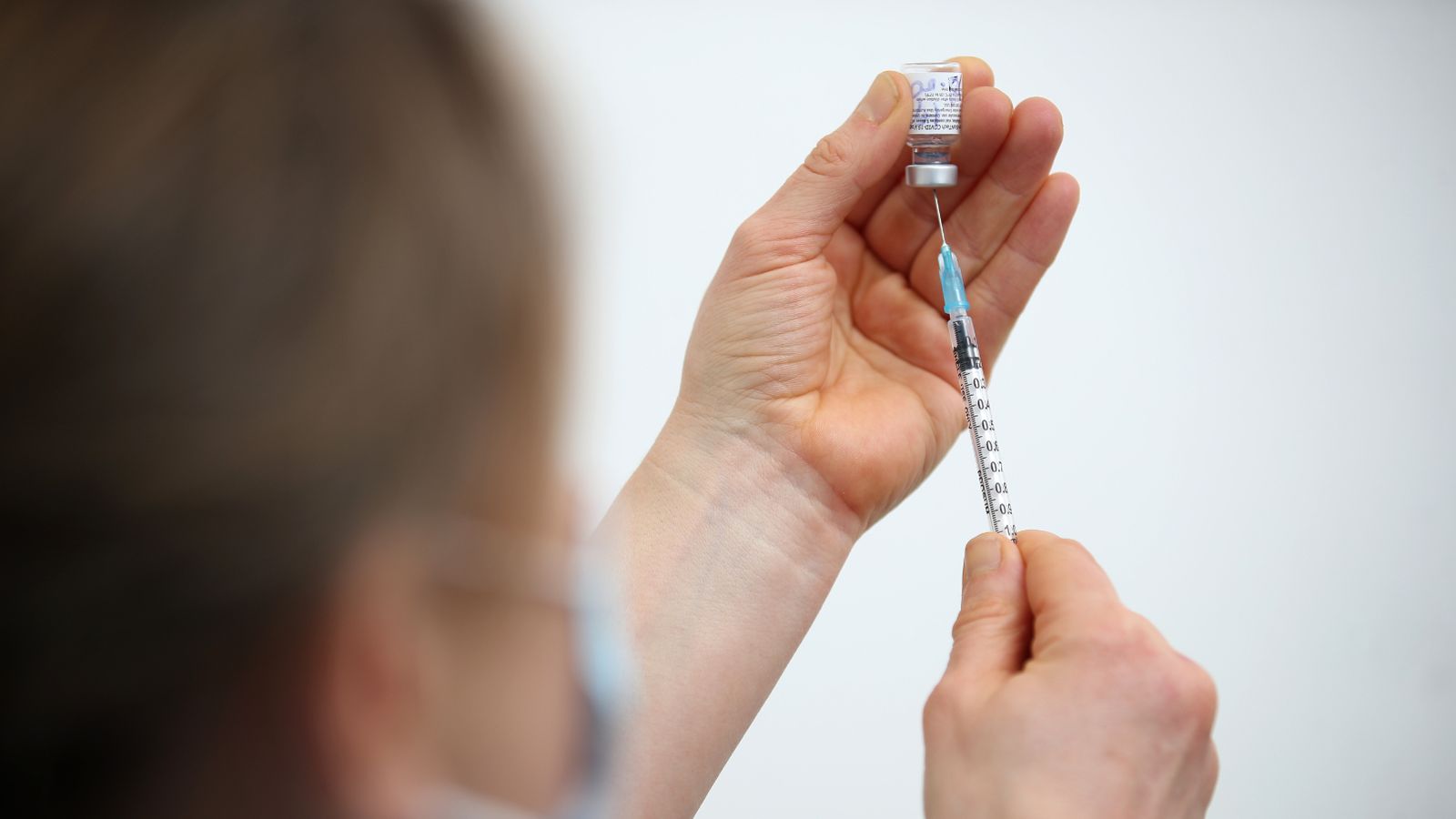 The next phase of COVID vaccinations will continue to prioritise people by age and not their occupation to avoid slowing down the rollout.

People aged 40-49 will be the next in line to get a vaccine after all vulnerable groups and the over-50s are covered, the government said.

The Joint Committee on Vaccination and Immunisation (JCVI) said this would provide “the greatest benefit in the shortest time”.

It added that prioritising occupational groups such as teachers and police could make the rollout more complex and could potentially slow the programme overall, leaving some vulnerable people at higher risk for longer.

In a statement, a government spokesperson confirmed all four nations of the UK would follow the recommendations “subject to the final advice given by the independent expert committee”.

The spokesperson added that age had been assessed to be “the strongest factor linked to mortality, morbidity and hospitalisations, and because the speed of delivery is crucial as we provide more people with protection from COVID-19”.

Therefore, the priority ordering for phase two will be:

It will begin after all nine priority groups and the over-50s have been offered the jab.

Professor Wei Shen Lim, the COVID-19 chair for JCVI, said age “remains a dominant factor” and that making this a priority would also make the programme more “simple”.

He added: “Simplicity has been a cornerstone in terms of speed and success.

“An occupation-based vaccination programme has never been tested; trying to switch will be more complex and potentially introduce more delays into the programme.

“The vaccination programme is a huge success and continuing the age-based rollout will provide the greatest benefit in the shortest time, including to those in occupations at a higher risk of exposure.”

She pointed out that 147 of her colleagues in London alone had been coughed at, while another 51 had been spat at by people claiming to have COVID-19.

Speaking for her colleagues, she added: “They are at a particular risk because of the way in which they are so often going from house to house, in people’s personal space, dealing with people who are spitting… this is a many times a day occurrence for my people.

Currently, people in group five of the priority groups – anyone aged 65 and over – are being vaccinated.

Some areas have also moved on to group six – adults aged 16 to 64 with underlying health conditions.

A further 600,000 people who were identified last week as being at additional risk from COVID-19 were on Thursday invited to book a slot at a vaccination centre or pharmacy.

While the number jabs administered has slowed recently, Boris Johnson has said all adults in the UK should be offered their first vaccination by 31 July.

He said everyone over 50 should get their offer by 15 April.

On Friday, the government spokesperson said the the UK “remained on course” to meet these targets.

What a 12-hour paramedic shift is really like
Met Police says two to three officers will face charges every week for months
‘Explosions and calls in the night’: Zelenskyy recalls first moments of invasion and how close Russian forces got to him
Paris Hilton fans surprised as she announces birth
Chancellor’s ‘Britain needs you’ plea to the retired may be a tall order