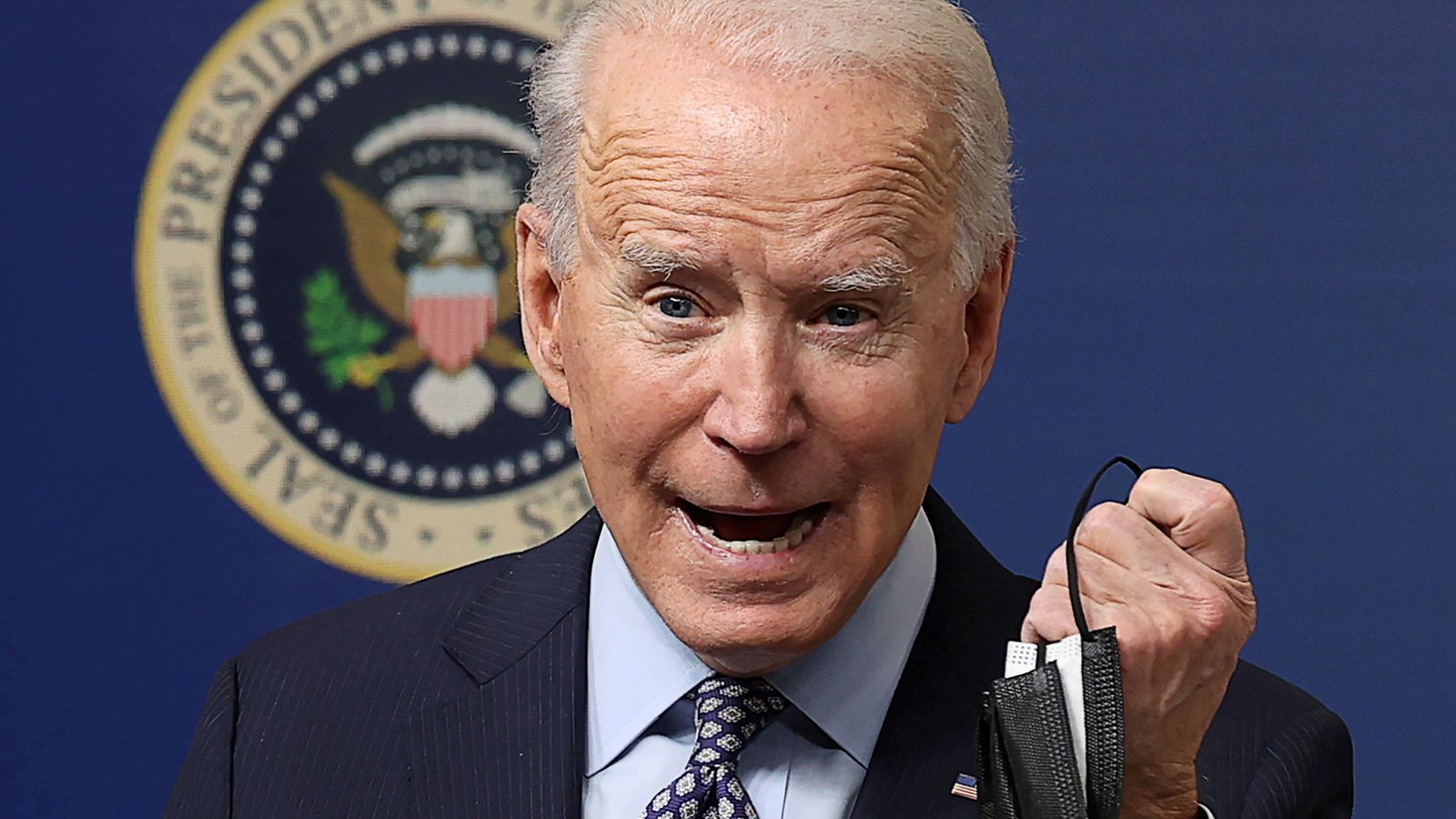 The US has launched airstrikes on eastern Syria – the first military action undertaken since Joe Biden became president.

The Thursday evening strikes were in retaliation for a rocket attack in Iraq on 15 February that killed a civilian contractor and wounded coalition troops, including Americans.

The targets were at a control point on the border with Iraq and the Pentagon said “multiple facilities” used by Iranian-backed militant groups were “destroyed”.

The Pentagon’s chief spokesperson John Kirby said: “This proportionate military response was conducted together with diplomatic measures, including consultation with coalition partners.

“The operation sends an unambiguous message: President Biden will act to protect American and coalition personnel.

“At the same time, we have acted in a deliberate manner that aims to deescalate the overall situation in eastern Syria and Iraq.”

There were no details given on any casualties.

Reuters quoted an anonymous US official as saying the strikes were intended to send a signal that while the US wanted to punish the militias, it did not want the situation to spiral into a bigger conflict.

The official also said that Mr Biden was given a range of options and one of the most limited responses was chosen.

The 15 February attack on a US military base housed at Erbil International Airport is being investigated by Iraq, Mr Kirby said, adding: “Right now, we’re not able to give you a certain attribution as to who was behind these attacks, what groups, and I’m not going to get into the tactical details of every bit of weaponry used here.”

“Let’s let the investigations complete and conclude, and then when we have more to say, we will.”

A Shia group, Saraya Awliya al Dam (Arabic for Guardians of Blood Brigade) said it was behind that attack, but Iran denied any links to it.

It comes as the US tries to get Iran back into negotiations with a view to both countries re-entering the Iran nuclear deal.

The 2015 deal between Iran and six major powers limited Iran’s uranium enrichment activity to make it harder for Tehran to develop nuclear arms – an ambition Iran has long denied having – in return for the easing of sanctions.

But former US president Donald Trump abandoned the deal in 2018, saying it was one-sided in Iran’s favour, and reimposed sanctions that have continued to cripple Iran’s economy.