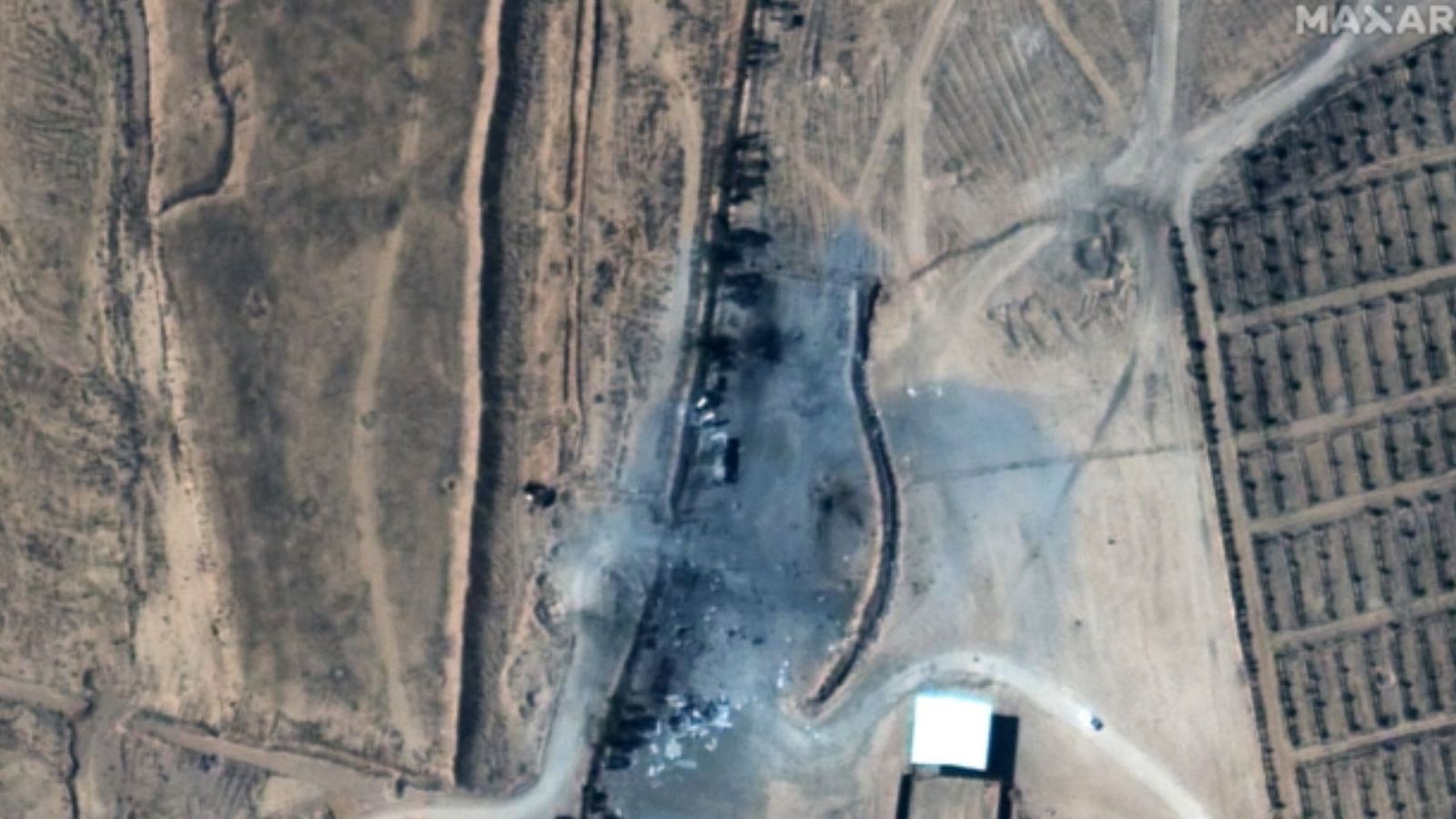 American airstrikes in Syria show that Iran can expect consequences for supporting militia groups threatening US interests and personnel, Joe Biden has warned.

“You can’t act with impunity. Be careful,” the US president said when asked what message he intended to send with the airstrikes early on Friday morning on Syria‘s eastern border with Iraq.

Satellite images show a group of buildings before the airstrike and the obliteration of most of them after.

They added that the strikes were not intended to eradicate the groups using them for attacks inside Iraq but to show the US will act firmly while trying to avoid a widespread regional escalation.

US officials said the airstrikes, Mr Biden’s first military action as president, were legal and appropriate as they took out facilities housing valuable “capabilities” used by the militia groups to attack American and allied forces in Iraq.

Members of Congress were notified before the strikes but Mr Biden faced opposition from several leading Congress members in his own party who denounced the strikes.

Democrats said the airstrikes were not authorised by politicians but the Republicans were more supportive, with Senator Jim Inhofe, leading Republican on the Senate Armed Services Committee, saying the decision was “the correct, proportionate response to protect American lives”.

She said they were to deter attacks in the coming weeks and as a result of recent attacks, including a rocket attack on 15 February in northern Iraq that killed one civilian contractor and wounded a US service member and other coalition troops.

John Kirby, the Pentagon’s chief spokesman, said the strikes resulted in “casualties” but would not provide further details on how many and what was inside the buildings.

An Iraqi militia official with close links to Iran said one fighter was killed by the airstrikes and several others wounded.

He said the strikes were against the Kataeb Hezbollah group, or Hezbollah Brigades, an Iraqi Shia paramilitary group supported by Iran.

It is separate from the Lebanese Hezbollah movement and has fighters in Syria to fight against Islamic State (IS) and help Syrian President Bashar Assad’s forces in the civil war.

Subscribe to Into The Grey Zone on Apple Podcasts, Spotify, Spreaker

The Syrian Observatory for Human Rights, a UK-based group monitoring the war in Syria, said the strikes targeted a shipment of weapons being taken by trucks entering Syria from Iraq.

It said 22 fighters from the Popular Mobilisation Forces, an Iraqi umbrella group of militias including Kataeb Hezbollah, were killed. The report could not be independently verified.

Kataeb Hezbollah confirmed one of its fighters was killed and said it reserved the right to retaliate, without elaborating.

Syria condemned the airstrikes, calling them “a cowardly and systematic American aggression” and warned they will have consequences.

Donald Trump significantly reduced the number of US forces in Iraq to 2,500 and they no longer take part in combat missions with Iraqi forces against IS.

Police release image of new witness they want to speak to after disappearance of Nicola Bulley
China denies US spy balloon claims and insists it always ‘abides by international law’
Inside the ‘Wormhole,’ Relativity Space’s monster factory 3D-printing reusable rockets
‘Her children need her home’: Family of missing dog walker ‘stuck in a nightmare’ since she disappeared
Woman declared dead at New York care centre found breathing at funeral home