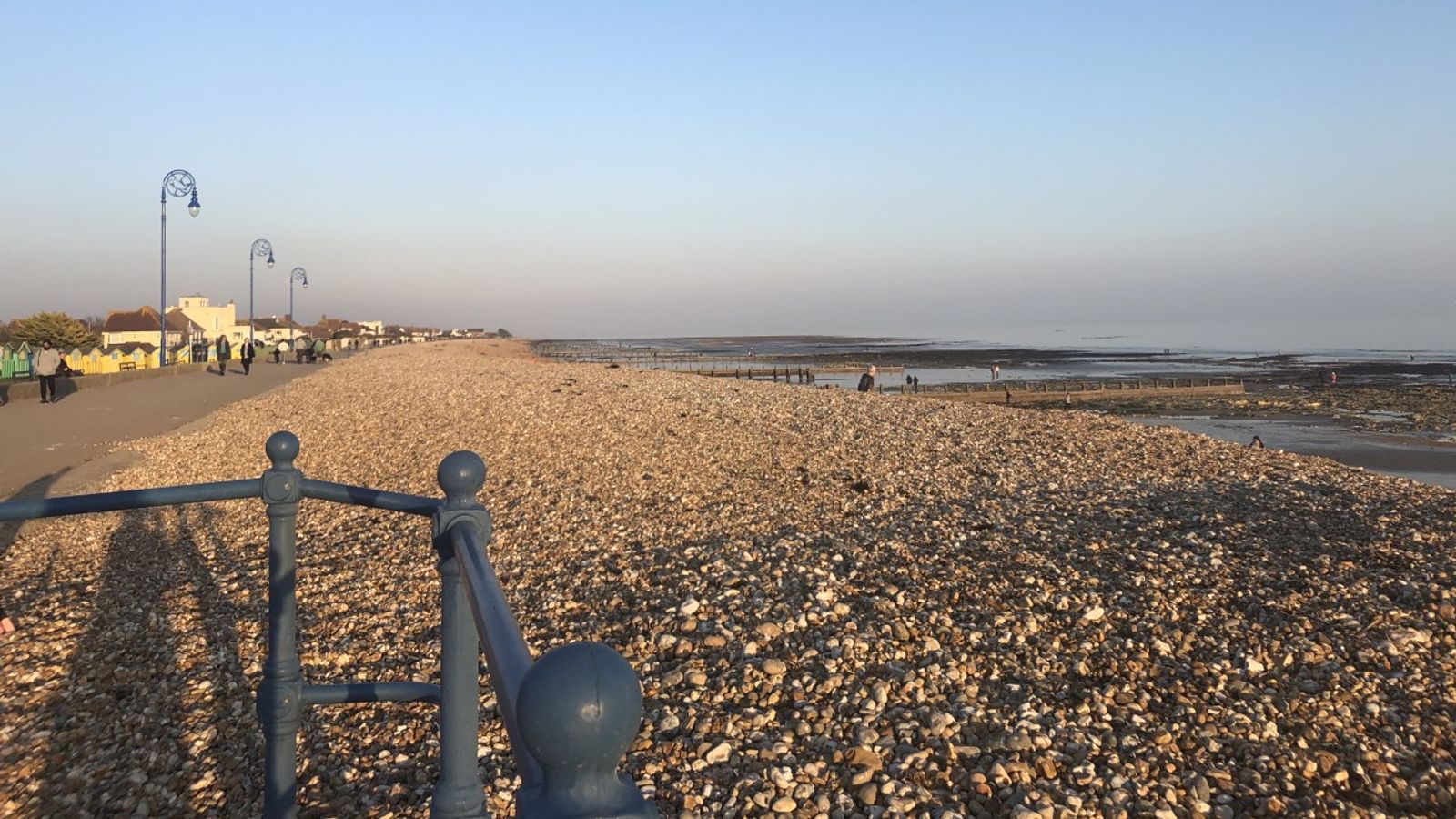 Felpham sits on the sunny West Sussex coast and basks in the joys of being a village far away from urban COVID-19 hotspots.

But it’s gained the attention of those in government for being an anomaly, as latest figures show there’s been a 142% rises in coronavirus cases.

Its position in the COVID cases table was revealed in Friday’s Downing Street briefing and prompted England’s deputy chief medical officer to warn the battle is not yet won, with a warning “not to wreck it now”.

Professor Jonathan Van-Tam said some areas of the UK are “burning quite hot”. Felpham being one such area that is now under the watchful eye of scientists.

It is not considered to be an area of concern, but there is unusual activity in the data for the village – with no obvious reason why.

Dr Michael Head, a senior research fellow at the University of Southampton, says outbreaks like this one in West Sussex are going to be increasingly common as restrictions are eased.

Speaking to Sky News, Dr Head says they can be caused by a number of reasons: “We are going to see outbreaks crop up across the country. As cases get lower, those outbreaks will get more noticeable.

“If there’s a prison in the borough, or if there’s an outbreak in a care home or a hospital ward, that can increase the case rate that might push the numbers up rather than down.”

With a rise in cases, it means a rise in the number of people self-isolating and requiring help. A group of volunteers are on the front line, aiding those in need.

They told Sky News the phone has been ringing more often in the past week. The group, despite existing for more than four years providing emergency support in times of desperation, have seen their efforts ramped up over the pandemic year.

Gloria Moss is one of the founders of the Felpham Emergency Resilience Group. She, alongside about 40 volunteers, serve the local community by running errands, delivering food and medication and providing transportation services to vulnerable people.

She says any further outbreaks in the village or surrounding areas would mean an increase in calls.

She said: “It means it definitely gets busier, it means more people are isolated and having to shield, so from our perspective there will be more calls and more people who will need those essential supplies. We will always be here for people.”

In these uncertain times, their reassurance is proving invaluable to those who’ve spent a long year alone. Anne Barker is one of the volunteers who has seen the other side of the pandemic, the toll it’s taken on the mental wellbeing of those shielding.

Speaking to Sky News, Anne says many are frightened about further rising cases: “We’re going to see people who haven’t actually stepped out of their homes for 12 months, the impact that has had on them means they now have a fear of going.

Controlling outbreaks in the community involves testing, tracing and isolating, a triage of actions we are well versed in.

But lockdowns favour outbreaks like this by containing their spread, once it ends, limiting community transmission will be a test for us all.