At a place in downtown Orlando this weekend, Donald Trump still rules America.

The Conservative Political Action Conference – CPAC for short – is being held in Florida to bypass COVID-19 restrictions.

Here, delegates queue up to have their photo taken with a gold statue of the former president wearing flip flops and carrying a wand.

Make America Great Again caps are for sale in almost any colour now: yellow, pink, purple, even camouflage. The original red is so 2016.

The merchandise stalls are peddling an impressive range of cheap tat, from earrings to handbags, most of which is emblazoned with Trump 2024 on.

I bumped into one woman off to buy a new suitcase so she could stuff it full of gifts for friends back home in Minnesota.

Disgraced campaigner Roger Stone was spotted outside dancing wildly to heavy rap in front of a monster truck – and Enrique Tarrio, the leader of the far-right Proud Boys, was holding court over the road.

The Senate and House of Representatives also turned blue, and he was impeached for a second time – but come to this Republican conference in Florida, and you’d never know it.

Later today, the local boy will close out the gathering. Donald Trump will break his silence and make his first public appearance since leaving the White House.

Still banned from Twitter, he is bound to have much to get off his chest.

But what of the million-dollar question: will he, won’t he? 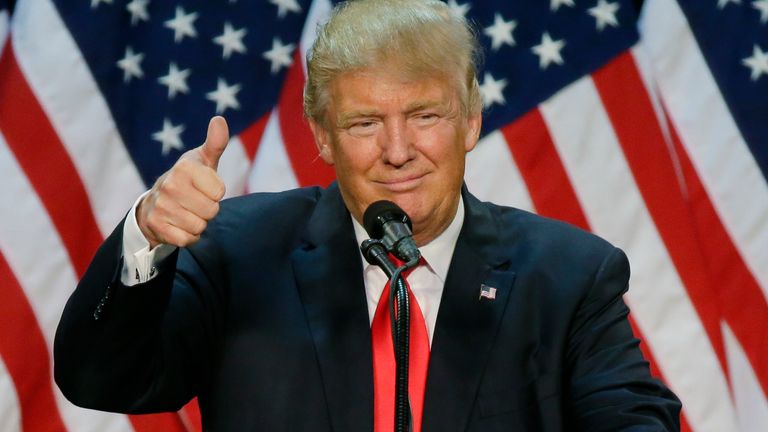 Trump supporters gather for his return

A senior official close to the former president has told us that he won’t announce his 2024 candidacy. Mr Trump will more likely want to see the way the wind blows in the 2022 midterms before committing himself.

But be in no doubt, this is still his party. Yes, there are some divisions and some notable absentees from the conference – Mike Pence, Nikki Hayley and Mitt Romney among them – but “they are the 10%, we are the 90%”, one Conservative radio host said.

If Mr Trump wants to run in 2024, there seems to be nothing stopping him, and when it comes to his speeches, he rarely keeps to script.

So hold tight to your MAGA hats… anything could happen.

‘There’s no drugs:’ Pharmacies warn of penicillin shortage as parents urged not to self-diagnose Strep A in children
Christopher Eccleston: ‘Patriarchy cocks everyone up… It did its damage to me too’
Servicemen ‘killed in explosions at Russian air bases’
MP planning to bring forward legislation that could see Harry and Meghan stripped of royal titles
England cruise past Senegal to set up quarter-final clash with World Cup holders France