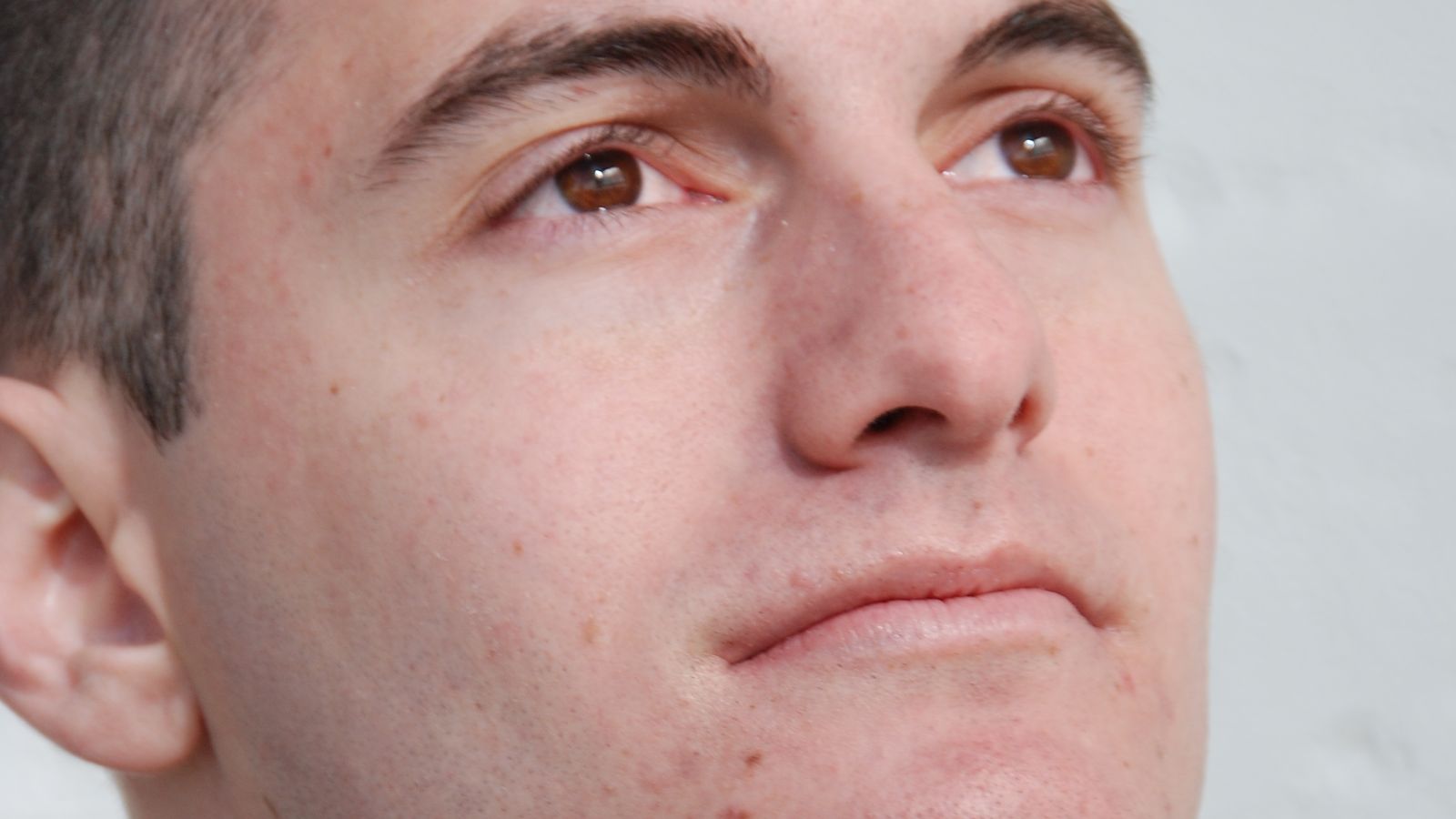 A man who claims he has fathered dozens of children by offering sperm donations online says demand has risen during the coronavirus pandemic.

The 29-year-old American – who uses the name Kyle Gordy to discuss his sperm donations – claims he has produced at least 35 children and has another six babies on the way.

He runs two Facebook groups for people seeking sperm donors which have attracted thousands of members, and plans to travel to the UK later this year to meet a woman who has contacted him about having a child.

It comes after reports some women are turning to social media to find sperm donors amid shortages at fertility clinics in the wake of the COVID-19 crisis.

A UK charity which supports people affected by fertility issues has urged Facebook to ban unregulated groups which facilitate sperm donations via the social media site.

Meanwhile, the government body which regulates fertility clinics in the UK has warned that donating sperm away from licensed clinics “can carry significant risks that can impact everyone involved”.

Mr Gordy, who lives in Los Angeles, says he created the private Facebook group Sperm Donation USA about four years ago and it now has nearly 15,000 members.

It describes itself as a “safe” environment for “sperm donors and recipients in the United States to connect… without the expensive costs of a sperm bank”.

Mr Gordy says he also runs another Facebook group called Private Sperm Donors which has 8,000 members from around the world, including the UK.

He told Sky News: “I just wanted to be able to have a place where people could find a donor without a sperm bank.

“I was looking at sperm banks but I just felt they were too cold and clinical so I didn’t really feel comfortable using them.

“You don’t really know who you’re donating to. It may be someone who I may not like and I wouldn’t want to donate to. I didn’t go down that route.

“I wasn’t planning on having kids of my own in a relationship, so this was an alternative.”

Mr Gordy, who is a part-time accountant, says he does not charge a fee for his sperm but asks that the “recipient” covers his travel expenses.

He also claims he is still in contact with most of the women he has fathered children with and has met seven of his offspring.

He says: “I guess in a sense I would be considered a dad, but to them I’m more like the uncle figure.”

“It’s pretty cool helping these people out,” he adds.

“I get to travel to interesting places. It does feel like an adventure sometimes.

“I’ve been busier because of the pandemic. There’s definitely been an increase in women requesting sperm.”

Mr Gordy says he was 22 when he first donated sperm to a lesbian couple who wanted a baby and he now has a website where women can contact him.

He says that “90% of the time” he uses artificial insemination but other times he uses “natural insemination” – meaning sexual intercourse.

“The women decide how they want go about it,” he says. “Usually women who want to do natural feel it’s going to be more effective so that’s why they choose that route.”

Mr Gordy says he is tested for sexually transmitted diseases “two or three times a year” and plans to travel to London later this year after being contacted by a single woman who wants a child.

“Of course, when I’m over there I’ll be donating to other women.”

Why are there calls for Facebook to take action?

The charity Fertility Network UK says sperm banks in Britain are “extremely well regulated” and warns that men offering sperm donations through social media may not have had the necessary health checks.

Its chief executive Gwenda Burns also says she has “huge concerns” about men who have offered sperm donations online having sex with the women who contact them.

“The potential risks outweigh any benefits they think may come from going down that route,” she told Sky News.

Ms Burns says Facebook has “a duty of care to its users” and urged the social media giant to remove unregulated groups facilitating sperm donations in the UK.

“In the UK, the fertility industry is regulated and therefore this type of practice, due to risks, should not be allowed,” she added.

“If there’s not been any health screening for medical conditions, such as infectious diseases like HIV or hepatitis, and the family medical history has not been taken into account to identify any serious inheritable diseases, that poses a huge risk to both the recipient, but also – if successful – to the unborn baby.”

Ms Burns says Fertility Network UK has seen a 300% increase in calls from people seeking their support services during the pandemic.

She adds that “without a shadow of a doubt” sperm banks have recruited fewer donors due to the pandemic.

“We’ve definitely seen a reduced amount of donations due to the pandemic,” Ms Burns says.

“If you look at the current rules, you wouldn’t be able to go in to donate.”

‘It’s a dark side of fertility treatment for sure’

Joyce Harper, professor of reproductive science at the Institute for Women’s Health, University College London, says she is aware that some men offering sperm donations online claim to have fathered “literally hundreds of children”.

“If that donor has created hundreds of children, you would potentially have hundreds of half siblings,” she added.

“Imagine doing ancestry testing and finding you have 500 half siblings.”

Professor Harper says she is also concerned some women may be coerced into having sex by men offering sperm donations online.

She told Sky News: “Some of the men make it very clear in their advertising that they would be happy to have intercourse.

“I went through seven years of fertility treatment and I know how desperate you become to try any treatment that might help you get pregnant.

“It really worries me that women who are desperate to have a child might go to any lengths, rather than going to a regulated fertility clinic.

“It’s a dark side of fertility treatment for sure.”

What does UK law say about donating sperm in a ‘private arrangement’?

The Human Fertilisation and Embryology Authority (HFEA), which regulates fertility clinics in the UK, warns that donating sperm away from licensed clinics “can carry significant risks that can impact everyone involved”.

The government body told Sky News: “In the UK, licensed clinics are required to screen and test the sperm for a wide range of diseases and genetic illnesses that even a conscientious unregulated donor might miss, putting mother and baby at risk.

“Clinics also ensure that registered donors can only be used to create up to 10 families to avoid too many genetically related siblings.

“That’s why we always encourage sperm donors and patients to use a licensed clinic, where these issues are taken care of for them, and where the welfare of the child is always the primary concern.”

Sperm donors at regulated clinics in the UK can receive compensation of up to £35 for each clinic visit, according to the HFEA.

For men who donate sperm outside of a fertility clinic in a private arrangement, the UK law on who will be the child’s parents is “not straightforward”, it adds.

A woman who gives birth is always the legal mother but it is possible a sperm donor in a private arrangement will be the legal father of the child “with all the parental and financial responsibility this involves”, the regulator says.

Men who donate sperm in these circumstances cannot opt-out of being the legal father of the child, even if the mother agrees to that, and any agreement drawn up to that effect “has no legal standing”, according to the HFEA.

The government body recommends sperm donors planning to engage in a private arrangement seek independent legal advice before going through with it.

A Facebook spokeswoman said: “We allow people to discuss sperm donation on Facebook, but we work closely with law enforcement to remove content that breaks local law.

“We want to keep people safe and encourage people to report behaviour they believe doesn’t belong on our platforms, so we can take appropriate action.”

Facebook guidelines state it does not allow content which “facilitates, encourages or coordinates sexual encounters between adults”.

Fertility Network UK provides support, advice and information for anyone affected by fertility issues. Their website can be found here.