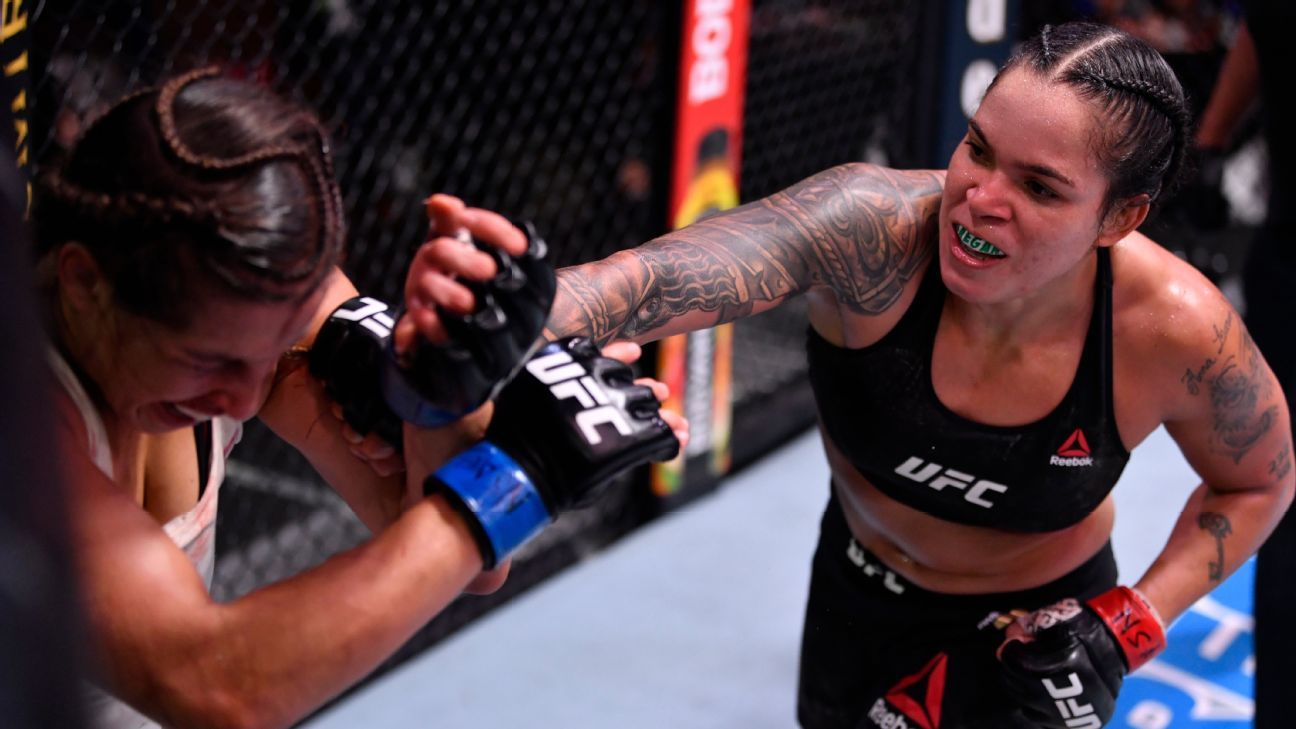 UFC 259 represents a milestone during a stretch of fights that will have major consequences for the rest of the year. Three title bouts will shape the future of four divisions, with the card in Las Vegas headlined by a champion-vs.-champion clash between light heavyweight Jan Blachowicz and middleweight Israel Adesanya.

If Adesanya wins, his future is wide open and both divisions are his to defend as he chooses. But what happens if he loses? Is Blachowicz the one taking the bigger risk by facing the undefeated challenger?

Before the main event, Amanda Nunes defends her women’s featherweight title against Megan Anderson. If Nunes wins, the future of that division is murky at best. Could it be her last fight at 145 pounds? What could the UFC do with the featherweight division?

In the third title fight, Petr Yan defends the bantamweight title against Aljamain Sterling. The betting odds are tight, and it projects to be a strong candidate for the best fight of the night. Will it live up to the hype, and what will it mean for the growing list of potential challengers in one of MMA’s most exciting divisions?

Helwani: That’s real, although it depends on how he loses. If it’s a close decision, no harm, no foul. If he gets brutally knocked out, a lot of Adesanya’s allure will disappear. Part of what makes him special is we have yet to see anyone beat him or even seriously hurt him in MMA.

Even if loses, he’ll still be a middleweight champion, and he can still go back to dominating at 185 pounds. One subsequent win in that weight class and Adesanya would be right back on track. The champion moving up or down to get a second belt always has less pressure on his or her shoulders than the one looking to successfully defend, and that’s the case here, too. Adesanya is fighting for gravy. Blachowicz is fighting to keep his spot. Huge difference.

This will be Amanda Nunes’ last title fight at 145 pounds

Raimondi: Not real, but I do think it will be her last featherweight defense for a long while — if she can get by Megan Anderson, of course. Nunes is a massive favorite in this fight, and for good reason. She’s the best female fighter in the history of MMA. That’s indisputable. Anderson is a very good talent on a two-fight winning streak, a 6-foot athlete who has yet to reach her full potential in MMA. But Nunes is a tough obstacle to overcome for anyone. Just ask Ronda Rousey. Or Cris Cyborg. Or Holly Holm and Felicia Spencer, both of whom have beaten Anderson.

If Nunes wins at UFC 259, there is no other women’s featherweight fighter on the roster who would even be close to a title shot. There are barely any women’s featherweight fighters on the roster, period. The UFC doesn’t even have rankings for the division. I’m not really sure what the long-term strategy is for the women at 145 pounds, but anyone who could be in line to challenge Nunes would have to be either a 135-pound fighter moving up or someone woefully unprepared. And with regard to the former, Nunes is the champion at 135 pounds, too. So why wouldn’t a challenger just fight Nunes there?

The whole situation is unique, making this a weight class that is barely hanging on. So what makes me say “not real” to the statement that Nunes will never compete in a title fight again at featherweight? Well, Kayla Harrison, a two-time Olympic champion in judo, could come over to the UFC next year after she competes in a second PFL season. She was PFL champ at 155 pounds in 2019. Nunes and Harrison are teammates at American Top Team, but Harrison said she’d still love to challenge herself against Nunes in the UFC, because it is Harrison’s goal to become the greatest women’s MMA fighter of all time. Nunes currently holds that distinction.

There are surely many variables at play here. But if Nunes beats Anderson, the next time she defends the UFC women’s featherweight title might well be in 2022 against Harrison.

Petr Yan vs. Aljamain Sterling will be the best fight of UFC 259

Murphy: On a typical card, the bantamweight title fight between Petr Yan and Aljamain Sterling would be a runaway Fight of the Night favorite. UFC 259 is not a typical card.

Surveying MMA fans and media, Yan-Sterling would probably still garner the plurality of votes as the likeliest bout to earn each fighter $50,000 postfight. Of the three championship bouts on the card, it has the closest odds, with the assumption being it’s the most evenly matched. The other two title fights have clear avenues to be better, though.

If Israel Adesanya can outclass but not finish Jan Blachowiicz, it will likely harken back to Adesanya’s 2019 win over Kelvin Gastelum — a fight many considered the best of the year — at UFC 236, but with bigger bodies. If Megan Anderson solves the Amanda Nunes puzzle with length and durability, that will be talk of the postfight broadcasts.

Even beyond the title fights, when you start scrolling through names, it’s hard to have any assurances that Yan-Sterling will prove the best of the 15 scheduled bouts when you see Thiago Santos, Dominick Cruz, Carlos Ulberg and a pair of flyweight fights promised to go at warp speed among others lower down the card.

Yan has been an absolute force for the better part of five years. He possesses rare power for the division with technical boxing, and he has paired that with a growing aptitude on the ground. His status as best bantamweight on the planet is deserved. Sterling has found his stride on a similar timetable, with a clear edge in grappling. He has emerged as a worthy challenger to the throne. The technical specifics, the respective career arcs, plus some recent bad blood combine to make this a Fight of the Night contender. But the rare depth of the event makes it impossible to say Yan-Sterling will be the best fight at UFC 259 with any measure of confidence.

Okamoto: Hard to say at the moment, because I know the UFC has interest in booking Sandhagen vs. Dillashaw. That’s a great fight, and it makes a lot of sense. If Sandhagen were to beat Dillashaw, his profile would be even bigger than it is now going into a future title fight. And for Dillashaw, I think he’s behind Sandhagen in terms of a title shot at the moment, so this would be a way to get himself to the front of the line.

Now, if the UFC doesn’t finalize that bout between Sandhagen and Dillashaw in the next several days, then we’ll be looking at a situation in which Saturday could dictate a lot. Who wins, and who calls out whom after. As of right now, I think Sandhagen has the leg up on the next title shot. But if neither he nor Dillashaw has a fight booked this week, and Sterling gets the win, it does open the door for Dillashaw to get a shot.

Real or not: Dominick Cruz will jump back into title contention with a win over Casey Kenney

Wagenheim: On the surface, not real. But it really depends on how one defines “title contention.” A victory on Saturday, no matter how rip-roaring, would not put Cruz directly into a challenge for the belt. I’ve miscalculated the various divisional pecking orders before, in my naive belief that UFC matchmakers would base their title bout bookings on recent results in the cage. But I feel confident in saying Cruz, who competed for the bantamweight championship less than 10 months ago and is on a two-fight losing streak, isn’t getting another shot before Cory Sandhagen (two straight wins) and Rob Font (three in a row) get theirs. 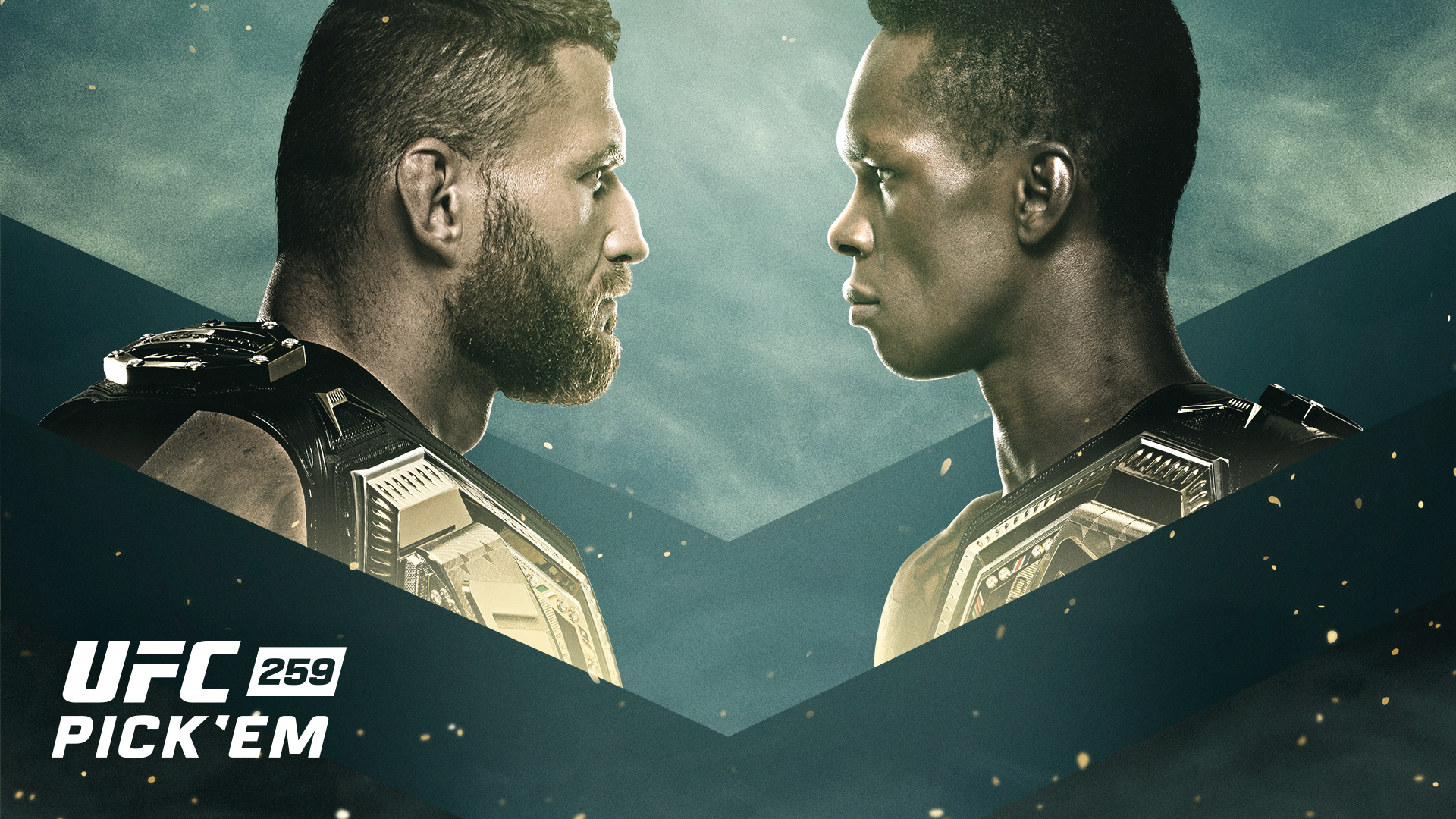 Doesn’t it feel like a lifetime ago when, on June 4, 2016, Michael Bisping became middleweight champion? That also was the night of Cruz’s most recent victory. He was in his second reign as champ when he beat Urijah Faber to boost his record to 22-1 and extend his winning streak to 13 in a row. But even in those heady times nearly five years ago, Cruz’s standing in the division was on shaky ground. He had competed only two other times since 2011, with injuries derailing him again and again. So it’s encouraging that he’s now back in the cage a little more consistently. At age 35, he doesn’t have time to be idle. “The Dominator” has to make every appearance count.

If we view “title contention” in a broad sense, then yes, it could be a real thing for Cruz. He carries the cache of having been a longtime champ, perhaps the greatest in the history of the 135-pound division. We recently saw another legendary ex-champ, Jose Aldo, get a title shot following two straight losses. So sure, Cruz could take the express lane back to the top. But even within that context, Cruz faces competition from both rising stars and other former titlists who seem better positioned. Cody Garbrandt, despite having won just one of his past four fights, is drawing attention. So is Dillashaw, who is coming off a PED suspension and has not won a fight since 2018. And don’t forget Henry Cejudo, who keeps hinting from the MMA “retirement home” that he wants back in.