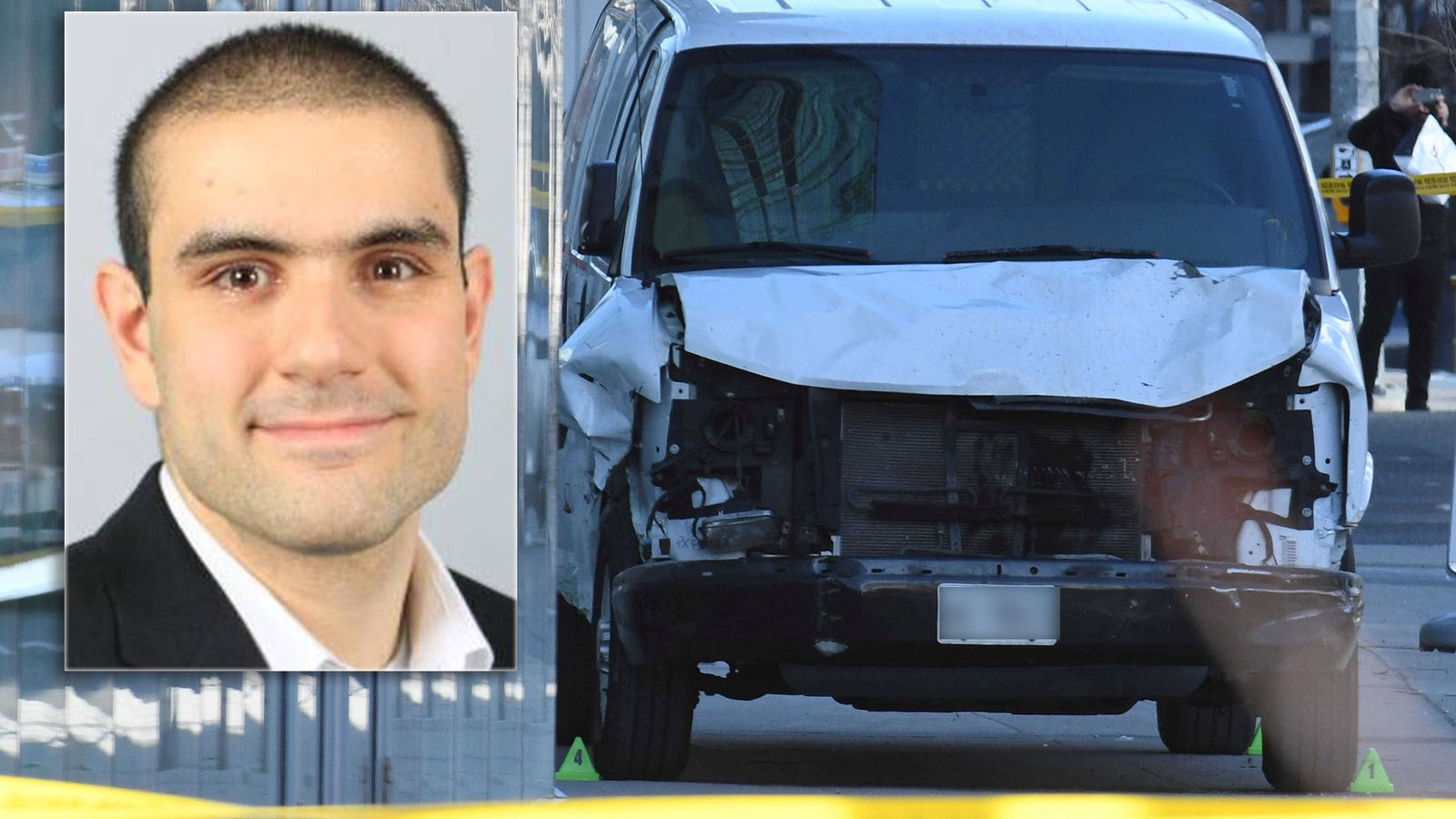 An “incel” who admitted using a van to kill 10 pedestrians in Toronto has been found guilty of their murder.

Alek Minassian faced 10 counts of first-degree murder and 16 counts of attempted murder in connection with the attack on 23 April 2018 that drew attention to an online world of sexual loneliness, rage and misogyny.

He had pleaded not guilty and his lawyer argued he did not know what he was doing was wrong because he has autism spectrum disorder.

Justice Anne Molloy said his lawyers failed to prove he was not criminally responsible for all the charges against him.

She said there is no doubt his actions were planned and deliberate and that he was fully aware of what he was doing.

“His attack on these 26 victims that day was an act of a reasoning mind,” Molloy said.

She noted the man sought and enjoyed notoriety from his actions and instead of naming him in her decision, she referred to him as “John Doe”.

The verdict was livestreamed on YouTube because of the pandemic.

Minassian, 28, told police he belonged to an online community of sexually frustrated men, some of whom have plotted attacks on people who have sex.

He admitted to police that he drove a rental van into crowds of pedestrians in a busy north Toronto neighbourhood. Eight women and two men ranging in age from 22 to 94 died.

Minassian, who said he never had a girlfriend and was a virgin, rented the van and admitted to police he used it as a weapon, saying he wanted to inspire more attacks.

He called himself an “incel”, short for involuntary celibate, an online subculture that has been linked to other attacks in California and Florida and that often promotes the idea men are entitled to have sex with women.

Autism Canada denounced what it called “egregious claims” by Minassian’s lawyer that he did not know what he was doing was wrong because he has autism spectrum disorder.

Minassian faces an automatic life sentence in prison and will be sentenced on March 18.

How much does an A&E visit cost and what is the average NHS salary? Here are the numbers
Asteroid 2023 BU Just Passed a Few Thousand Kilometres From Earth. Here’s Why That’s Exciting
Chancellor’s ‘Britain needs you’ plea to the retired may be a tall order
Twitter accused of being behind on rent once again – and this time, it involves King Charles
Tyre Nichols’ mother says she’s ‘not going to stop’ until those responsible for son’s death face justice