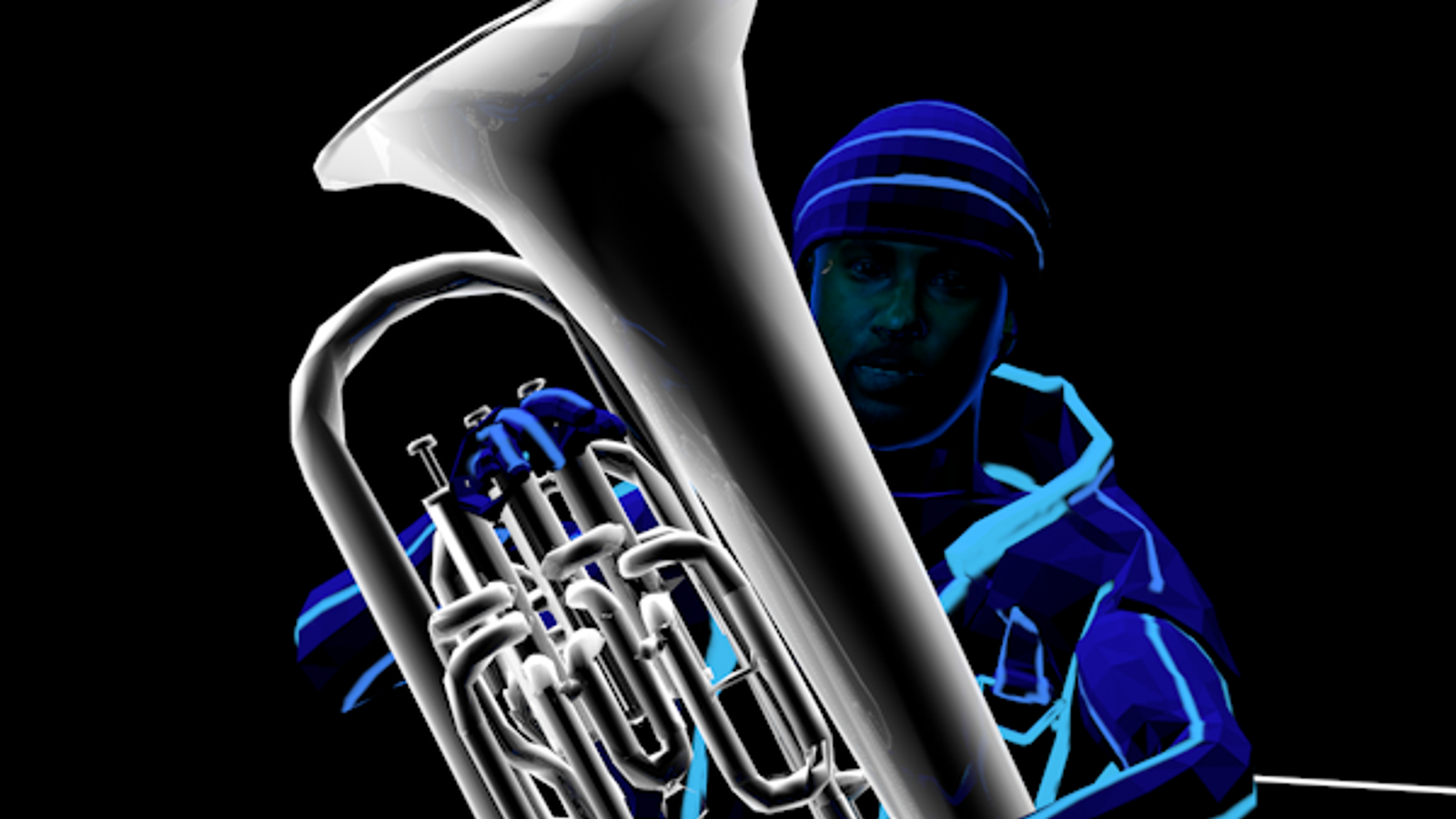 In March 2020, the world-famous Abbey Road recording studio shut its doors for the first time in almost 90 years.

Opened in November 1931, the northwest London venue even remained open during the Second World War, supporting the government and Royal Family with broadcasts to the nation.

But the COVID-19 crisis was unprecedented.

After being forced to close for three months, bosses worked to ensure they could adapt to the changing world and reopen safely when allowed to do so. And since starting back in June, the studio has not just been a home for recording, but has also been helping to fill the gap as live music has been off the cards.

As singers and musicians turned to streaming online from their living rooms, Abbey Road has used its technology to provide a more polished backdrop, with acts including Idles, Celeste, Sam Smith and more performing from the venue in 2020.

With its latest project, it has moved even further into the digital space – and granted Sky News behind-the-scenes access to see it in action.

The studio has joined forces with London promoter Jazz re:freshed and producer British Underground to provide the base for a streamed showcase for the upcoming SXSW Festival almost 5,000 miles away in Austin, Texas, which has gone virtual this year due to the pandemic.

This includes a 3D digital avatar performance from tuba player Theon Cross, following on from recent virtual concerts showcased in the gaming world from the likes of Travis Scott in Fortnite and Lil Nas X in Roblox.

“I think in this time, where we’re not able to be in physical spaces and to perform in front of people like we are normally able to… the digital space has now become like a live space,” says Cross, who is part of the Mercury-nominated jazz group Sons Of Kemet. “It’s really exciting and amazing to see in which ways that can be manipulated so that our music can be broadcast to so many different audiences.”

Abbey Road will always be synonymous with The Beatles and perhaps the most recognisable pedestrian crossing on the planet.

But of course, it has been home to many other artists, too – everyone from Aretha Franklin and Shirley Bassey to Oasis and Kylie Minogue – as well as being the studio behind countless film soundtracks.

In the past 12 months, it has shown how much it can adapt. While music fans in the UK can’t attend festivals here, let alone travel abroad, the studio is helping to bridge the gap.

“Innovation is a really important part of our history,” he says. “This is the place where stereo was invented… countless techniques in recording technology were invented here. We’re still very much invested in future technology.”

The studio closing came as “a real shock”, he said, but they have learned how to operate in “the new normal”.

“Sessions are much smaller, perhaps where you would get a 100-piece orchestra in a room, we’re now down to 40 or so. So things have changed quite a lot, there’s a lot of deep cleaning going on between the sessions.

“The first few weeks of the original lockdown, we were seeing artists live-streamed from home, doing sessions in their bedrooms or perhaps in their living rooms. And once studios became a viable option again, there was a lot more thought about the quality of the sound, the quality of the audio, and I suppose that’s what we’re famous for.

“So we were very happy to welcome artists to come on in, to live-stream, which is something we can do from here, or perhaps to pre-record… the rooms are made for live music and it’s an awful lot of what we’ve been about [in the past year].”

Crispin Parry, chief executive of producer British Underground, a company which has worked with everyone from Amy Winehouse to Stormzy, believes digital performances are not just filler until live music returns.

It is his children he has to thank for teaching him about musical avatars, following Lil Nas X’s Roblox debut.

“I have twins, they’re nine years old, and they play Roblox,” he says. “My kids said, ‘Come and have a look, this is amazing’.

“And it turned out that 30 million people watched that one performance. So there’s obviously something happening in the future.”

Stars as avatars is something children are increasingly familiar with – so maybe it’s the younger audience we should be learning from.

“I think it really signals something, it’s an indication of a bridge to what the future might look like,” Mr Parry says. “[I’m] not necessarily saying that live music is gone forever, but in parallel, all of these other ways of listening to music and experiencing music will be there, and this is a very important first step – and it’s exciting that we’re doing it in a place like this.”