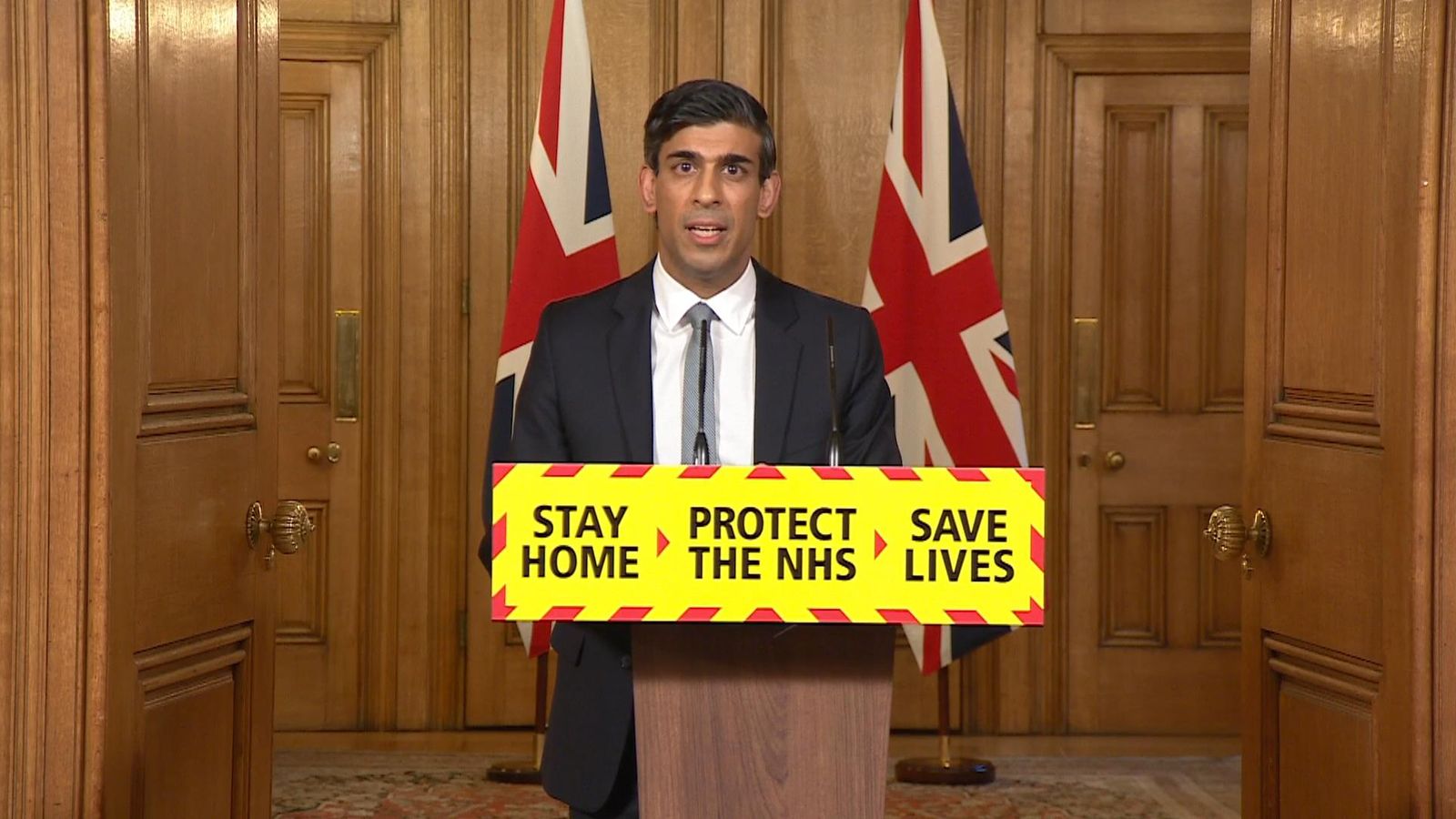 Rishi Sunak’s spend now, tax later budget has received a broad welcome from voters, according to two snap opinion polls carried out after the chancellor’s statement.

Households and businesses are facing the biggest tax burden since the 1960s after the chancellor unveiled his plans to repair the nation’s finances after the COVID pandemic.

Mr Sunak used his budget to extend the furlough scheme and £20 Universal Credit increase, as part of a £65 billion lifeline for an economy still battered by lockdowns.

But taxes on business profits are set to rise from 2023, while income tax thresholds will be frozen, meaning more than a million extra people will pay tax as wages increase.

It was a budget of two halves, continuing emergency COVID relief to keep as many people as possible in a job and raising taxes, but not until around the time of the next general election.

And since Boris Johnson plans to repeal the Fixed Term Parliaments Act in the new session of parliament beginning in May, the timing of the tax rises suddenly makes an early election more likely.

Just hours after the budget, the first snap poll, by Opinium Research, suggested 52% approved, with only 12% disapproving. The second, by YouGov, showed 46% in support and 11% opposed.

The Opinium poll also suggested 51% thought the budget was fair, compared to 19% thinking it was unfair, though 64% were worried about the state of the economy.

Pollster Chris Curtis of Opinium told the Sun: “Rishi Sunak has pulled together a set of economic policies that aren’t just seen as being good for the economy but, unlike many previous Conservative budgets, a majority of voters also describe as being fair.

“First impressions don’t always count for much with budgets, but for the moment at least, the chancellor will be happy with the results showing a very positive initial reaction form the public.”

In the YouGov poll, when asked about the corporation tax increases, 69% said they supported businesses with profits over £250,000 paying the tax at 25% and 33% said they strongly supported it.

Voters also thought September was the right time to end COVID support, with 49% saying economic support should end around this time, just 16% saying it should end earlier and 14% later. 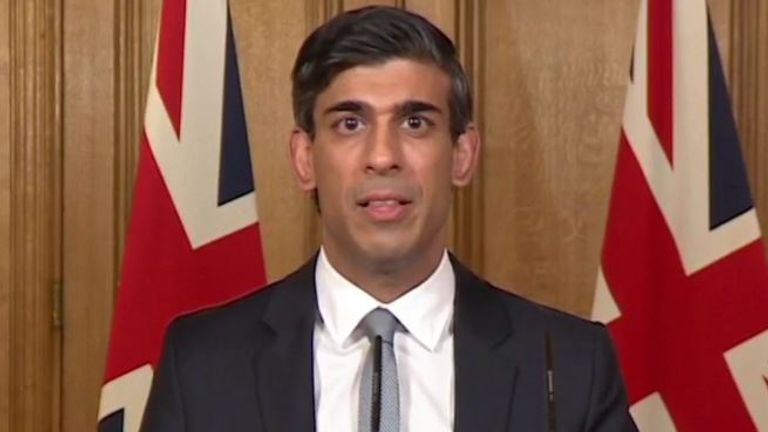 ‘It’s going to take a long time to recover’

In the Commons debate following Mr Sunak’s statement, a majority of Conservative MPs backed him, though some challenged his proposals to raise corporation tax.

Former Chancellor Sajid Javid, who in six months at the Treasury never delivered a budget, said he was very optimistic about economic recovery and believed it would happen rapidly.

“The faster our economy can bounce back, the easier it will be to manage our debt in the future,” he said. “Thankfully, I believe that our prospects for a sharp, strong recovery look very promising.”

But former cabinet minister David Davis told MPs: “The one thing I’m worried about in this budget is the proposal to go to a 25% corporation tax in a couple of years.

“That will have precisely the deterrent effect I worry about with respect to inward investment.”

And former chief whip Mark Harper, who chairs the COVID Recovery Group of Conservative MPs, said he hoped the government would reduce taxes once public finances were “back into shape”.

He told MPs: “I don’t think we’re under-taxed, because the tax rises in this budget are going to leave us with the highest tax burden in my lifetime, since before I was born, but I hope they will be temporary.”

Veteran ex-minister Sir Edward Leigh criticised the amount of tax paid by tech giants, including Amazon, telling MPs: “I personally think there is something to be said for abolishing business rates altogether.

“How would you pay for that? You could pay for it by a 3% increase on VAT on all businesses and that would hit the very large businesses like Amazon, who pay derisory levels of tax, very hard indeed.”

From the leaders of the UK’s biggest trade unions, there was a predictably hostile response to the budget.

Opposing the chancellor’s plans for freeports, Unite general secretary Len McCluskey said: “In this time of crisis, workers and communities are desperate for action on a scale that meets this enormous moment and takes us to a fairer future.

“Instead, the chancellor plundered his back catalogue to pull out a sketchy policy, a return of freeports, a failed experiment of the last decades where the only winners are tax avoiders and bad bosses.

“There is now also the very real worry now that we face an autumn incomes and jobs emergency, created by this budget when it ought to be charting the course out of this economic crisis.

“Furlough support will fall away and Universal Credit will be cut by £20 a week at precisely the time when unemployment could well be rising.

“The Budget was about choices. The danger is that this government has chosen to be timid in its actions for our people and our economic renewal but ambitious in advancing the Conservative party.”

Warren Kenny, acting general secretary of the GMB, said: “Warm words don’t pay the bills. The chancellor might get some likes on Instagram, but he won’t be getting any love from public service workers who will feel like this budget is a kick in the teeth after everything they’ve done for the country throughout this pandemic.

“Not a penny extra will go to the pockets of our key workers, it’s a national scandal. The lack of action on the super spreader policy of poverty Statutory Sick Pay rates is simply an abrogation of duty.

“You can’t talk about helping the poorest and leave this unchanged. Those who can’t afford to self-isolate and pay the bills won’t do so, they will feel they have no choice but to risk going to work rather than get into debt.”

UFC 276: Will a title or two change hands? Is Sean O’Malley ready for the next step?
Stars Janelle Monae and Taraji Henson hit out at Supreme Court during BET awards
Jupiter Might Have Eaten Baby Planets To Amass Metals: Scientists
‘A dark day for women’: Billie Eilish blasts US abortion ruling as she becomes Glastonbury’s youngest headline act
Heathrow passenger charge set to fall on orders of regulator