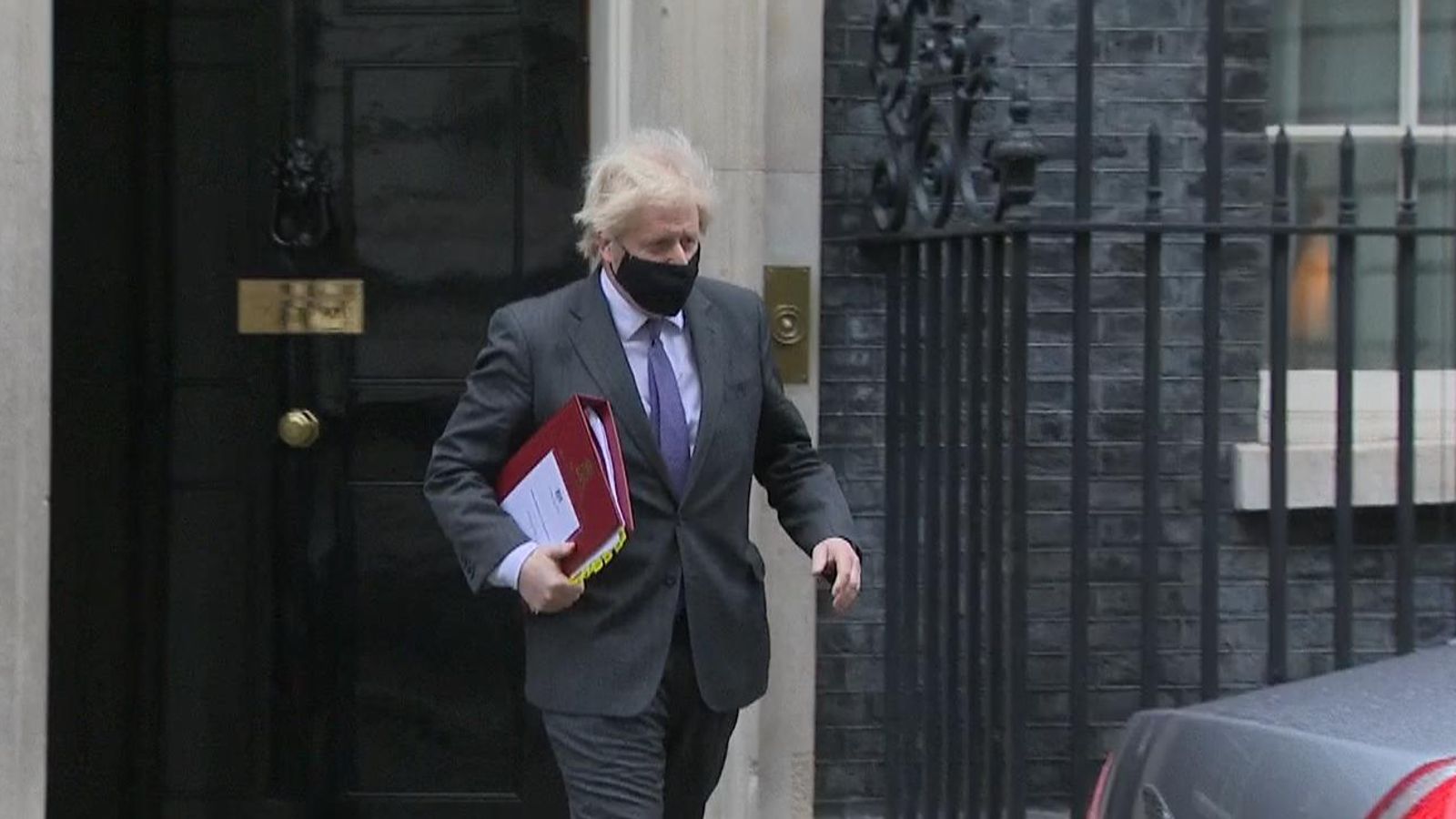 More than £2.6m has been spent on renovations in Downing Street in order for the government to hold White House-style televised media briefings.

The cash has gone towards structural changes, equipment, lighting, electrical works and internet infrastructure so that 9 Downing Street can host daily news conferences.

It followed the government’s daily news conferences during the height of the first wave of the COVID-19 pandemic.

At the time, Mr Johnson said the public had enjoyed being given “direct, detailed information from the government”.

Number 10 later employed former journalist Allegra Stratton as the prime minister’s press secretary at a cost of around £125,000 a year.

Mr Cain was said to have been the brainchild of the TV briefings but opposed Ms Stratton’s appointment.

She will be expected to front the televised press briefings when they begin.

They had been due to start in early January but were delayed by the introduction of England’s third coronavirus lockdown, during which ministers have held regular briefings from Number 10.

The cost of the overhaul of 9 Downing Street was revealed in response to a Freedom of Information (FoI) request by the PA news agency.

The Cabinet Office issued a breakdown of the costs totalling £2,607,767.67, largely excluding VAT.

The department said that funds have been spent to allow daily broadcasting by various news organisations within the Grade I listed building.

“This spending is in the public interest as the new broadcasting of lobby briefings will increase public accountability and transparency about the work of this government now and in the future.

“Such spending on maintenance and technical facilities reflects that 9 Downing Street (the Privy Council Office) is a Grade I listed building.”

The FoI response was delayed by several weeks as officials decided whether the disclosure was in the public interest, according to PA.

Opposition MPs seized on the revelation of the cost of the renovations to accuse the government of pursuing a “vanity project” at the same time as ministers are under pressure over pay for NHS staff.

Unions have warned of possible strike action after the government called for health care staff in England to be restricted to a pay rise of 1%.

Many fear, due to the impact of inflation next year, NHS staff could now be facing a real-terms pay cut.

On the cost of the new studio at Number 9, Labour deputy leader Angela Rayner said: “It would take around 100 years for a newly qualified nurse to get paid this kind of money.

“It sums up Boris Johnson’s warped priorities that he can find millions for vanity projects, while picking the pockets of NHS workers.”

Liberal Democrat deputy leader Daisy Cooper said: “This is nothing more than an expensive vanity project and is just more evidence that this government’s priority is spin, not substance.

“The prime minister himself said that he ‘owed his life’ to COVID doctors and nurses but now he’s happy to see frontline nurses take a real-terms pay cut, whilst he gets a flashy new TV studio – the prime minister should hang his head in shame.”

Mr Johnson is also facing questions over the refurbishment of his official flat above 11 Downing Street, reported to be overseen by his fiancee, Carrie Symonds.

Downing Street this week refused to deny that Mr Johnson is considering setting up a charity to pay for the works to the flat.

A government spokesperson said: “The government is establishing facilities within 9 Downing Street which will be used for daily broadcasting by a number of news organisations.

“This spending is in the public interest as the new broadcasting of lobby briefings will increase public accountability and transparency about the work of this government now and in the future.

“Such spending on maintenance and technical facilities reflects that 9 Downing Street (the Privy Council Office) is a Grade 1 listed building.”