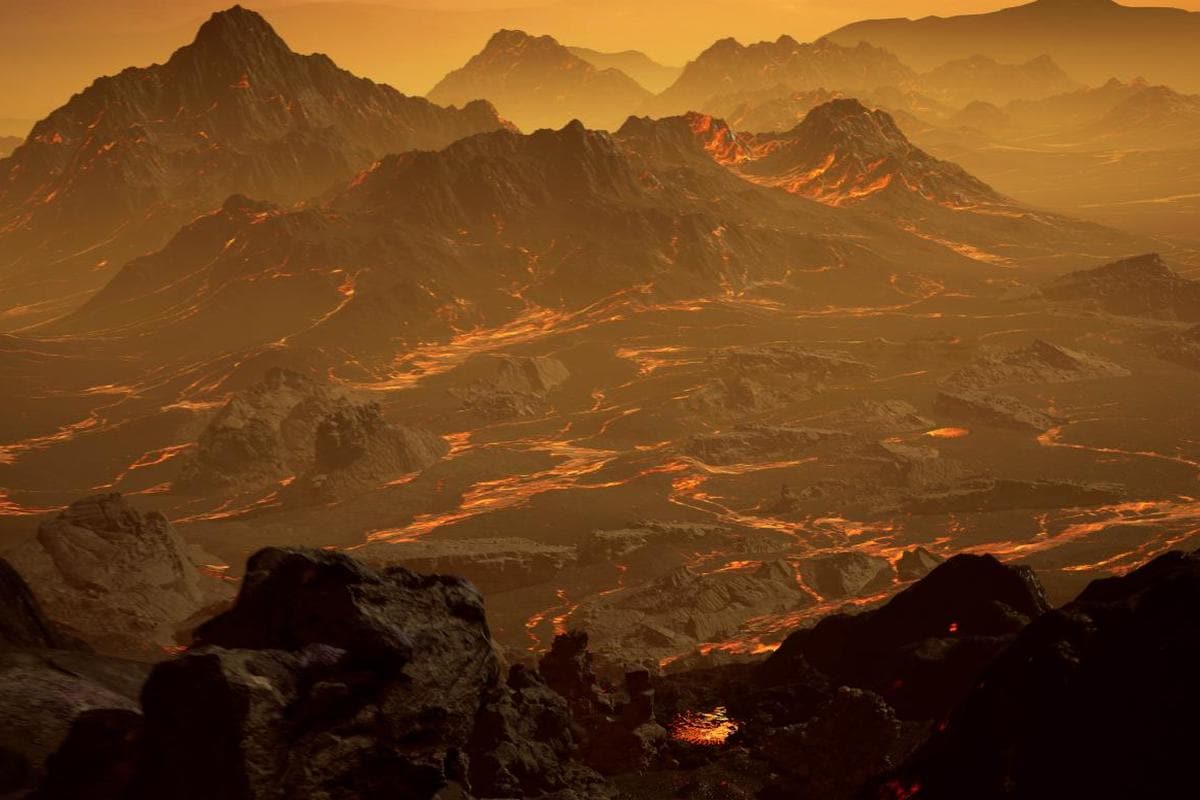 Searching for traces of life on Mars, like NASA is doing, is one thing.

But scientists are also looking further afield. Could it be found beyond our solar system?

A study published on Thursday in the prestigious journal Science reveals the discovery of a new exoplanet that could be instrumental in the hunt.

Researchers will try to determine whether there is an atmosphere on the “super-Earth” and traces of life around a star other than our Sun.

“The end of the road is finding biomarkers or biosignatures in the atmospheres of exoplanets, which is signs of life on habitable Earth-like planets,” said Jose Caballero, an astronomer at Spain’s Centro de Astrobiologia and one of the co-authors of the study.

About 4,000 exoplanets have been discovered during the past 25 years and some have been found to have an atmosphere.

But these are “gaseous planets or icy planets,” Caballero told AFP, and planets the size of Earth have not been investigated yet.

The latest discovery opens up the possibility for researchers to study an exoplanet that is “rocky in nature, like the Earth,” he said.

The name of the exoplanet is Gliese 486b and it is “only” 26 light years away.

It is about 30 percent larger than Earth but with a mass 2.8 times that of our planet and is located in what is called a habitable zone around a star.

To identify it, researchers used two methods: “transit photometry” – slight variations in a star’s brightness as a planet passes in front of it – and “Doppler radial velocity,” which measures the “wobbling” of stars from the gravitational pull of orbiting planets.

‘Have to start with something’
Since Gliese 486b is very near its star, Gliese 486, it takes only slightly less than 1.5 days to complete an orbit around it.

“We surveyed about 350 small red-dwarf stars for signs of low-mass planets,” said Trifon Trifonov, a researcher with the Max Planck Institute for Astronomy and the lead author of the study involving contributions from five continents.

Trifonov said Gliese 486b is not habitable with temperatures ranging around 430 degrees Celsius.

“The proximity to the red dwarf Gliese 486 heats the planet significantly, making its landscape hot and dry, interspersed with volcanos and glowing lava rivers,” Trifonov said.

At the same time, Caballero said “if our planet has an atmosphere, then any planet at wider separation (from its star), and with roughly the same planet characteristics… will also have an atmosphere.”

If it doesn’t have an atmosphere then the other planets in the orbit will not be habitable either.

“We have to start with something,” Caballero said.

Trifonov said Gliese 486b is a “remarkable discovery, which will likely become the ‘Rosetta Stone’ for atmospheric investigations of rocky exoplanets.”

He is anxiously awaiting the deployment later this year of the James Webb Space Telescope.

It should allow researchers to tell no earlier than three years from now whether the exoplanet has an atmosphere and its composition.

And eventually, in a couple of decades, to tell whether there are any traces of life, Caballero said.