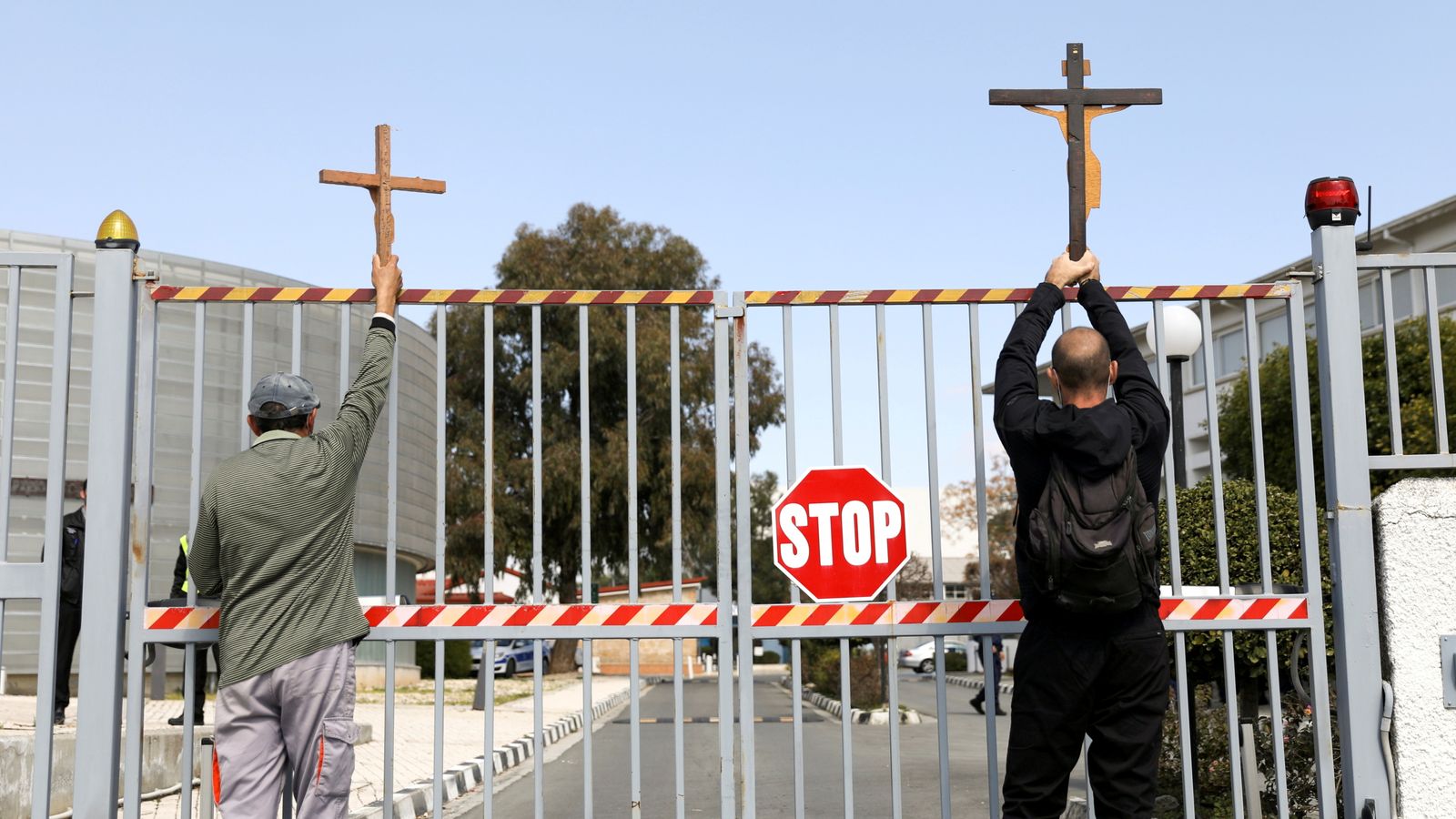 Protesters in Cyprus are demanding the withdrawal of a Eurovision song they say promotes Satanism.

They gathered outside the state broadcaster with signs reading: “We’re protesting peacefully, no to El Diablo”, “Repent and return to Christ” and “Christ saves, Diablo kills”.

But according to the artist behind the track, entitled El Diablo, the song is not intended to turn people to the dark side, but is about an abusive relationship.

Leaders from the island’s influential Orthodox church disagree and say it “praises the fatalistic submission of humans to the devil’s authority”.

They want El Diablo swapped with an entry that promotes Cyprus‘s history, culture and traditions.

The song, by Greek performer Elena Tsagrinou, includes the lyric: “I gave my heart to El Diablo… because he tells me I’m his angel.”

She says it tells the story of a woman pleading for help after falling for a “bad boy” known as El Diablo and that any other meaning is “unfounded”.

“In these Me Too movement times that message is extremely relevant and can be felt not only in Cyprus but also across Europe and beyond,” said Tsagrinou.

The state broadcaster said the song would not be scrapped but that organisers could have done more to explain its meaning.

Last week, a man was charged by police over threats and a disturbance when he barged on to the broadcaster’s grounds to protest over the “blasphemous” track.

Cyprus’s government has even been dragged into the row, but refuses to intervene.

A government spokesperson said it “respects creative intellectual and artistic freedom that cannot be misinterpreted or limited because of a song’s title”.

Eurovision takes place on 22 May in Rotterdam in the Netherlands. Last year’s contest was cancelled because of the coronavirus crisis.

How much does an A&E visit cost and what is the average NHS salary? Here are the numbers
German cybersecurity officials looking into ‘culprits’ behind Microsoft outage
Wyshynski: Celebrating Ryan Hartman and other NHL ‘glue guys’
Nissan is exploring a mid-size electric pickup truck similar to the Frontier
Aryna Sabalenka battles her way to first Grand Slam victory