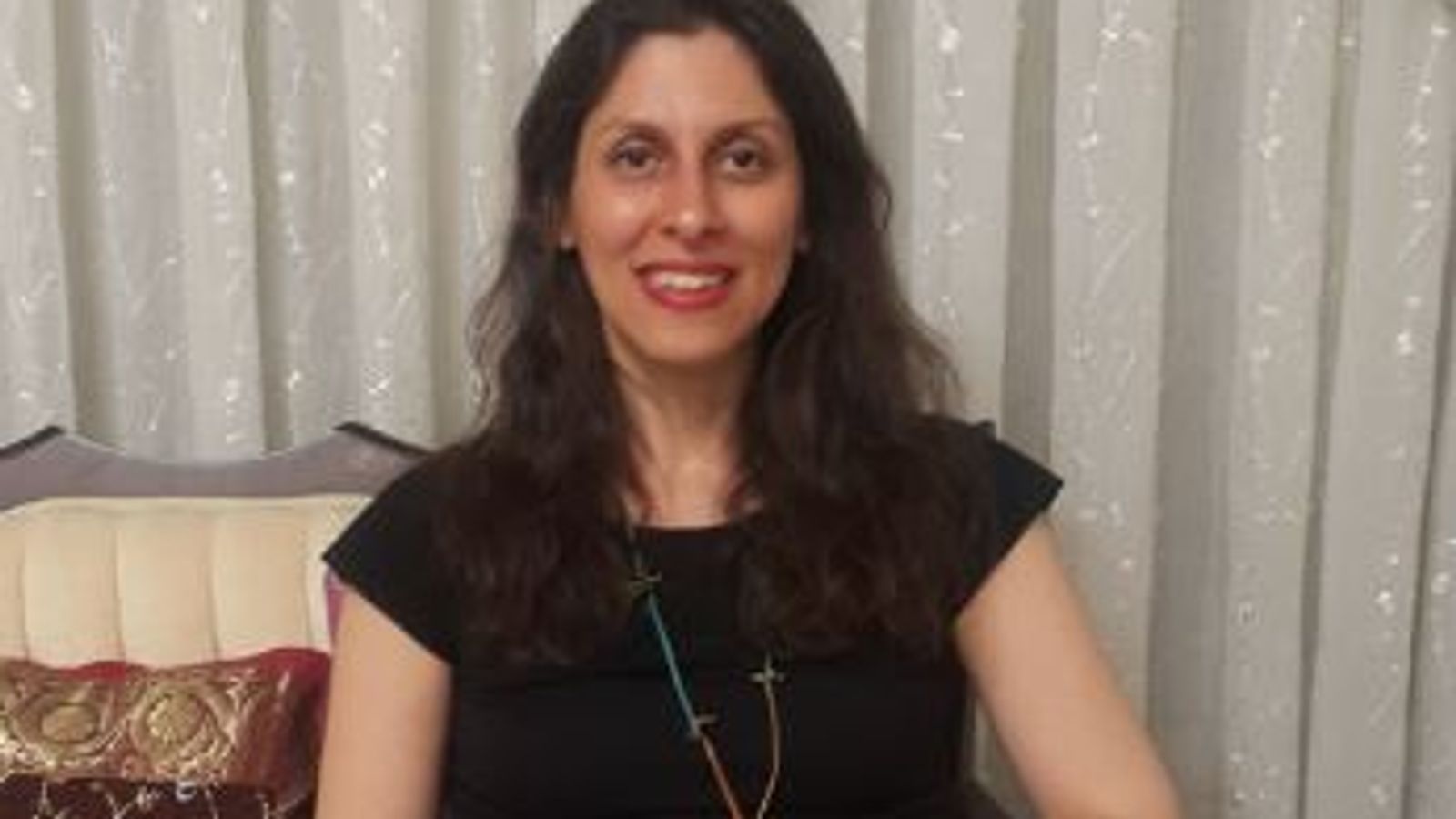 A British woman detained in Iran has had her ankle tag removed but faces a further court date, her local MP says.

Amid reports in Iran that Nazanin Zaghari-Ratcliffe had been “freed”, Tulip Siddiq MP said she had been in touch with the mother’s family.

Ms Siddiq posted on Twitter: “Thankfully her ankle tag has been removed. Her first trip will be to see her grandmother. Less positive – she has been summoned once again to court next Sunday.”

Ms Zaghari-Ratcliffe was arrested at Tehran airport while taking her infant daughter to see her parents in April 2016.

The 43-year-old was later jailed over allegations of plotting to overthrow Iran‘s government – which she denies.

Her lawyer Hojjat Kermani told Iranian website Emtedad: “She was pardoned by Iran’s Supreme Leader last year, but spent the last year of her term under house arrest with electronic shackles tied to her feet. Now they’re cast off.

“She has been freed.”

It comes after her husband told Sky News on Saturday that the family were urgently seeking clarity on whether she would be a free woman this weekend.

Richard Ratcliffe said their daughter, Gabriella, had been using a calendar to count the days to when her mother would hopefully be released from her sentence.

A dual Iran-UK citizen, Mrs Zaghari-Ratcliffe was released to her parents’ home last March due to the coronavirus threat in prison.

She was under house arrest and wore a tracker tag that limited her to 300m from their Tehran home.

Shop prices yet to hit their peak – despite record highs seen in January
Snap shares tumble 13% following disappointing fourth quarter report
‘Nobody is born smart’: Ex-commander of Russian mercenary group apologises for fighting in Ukraine
Dances With Wolves actor ‘trained wives how to use guns if police tried to break up family’
Djokovic wins Australian Open a year after he was deported over COVID vaccine row