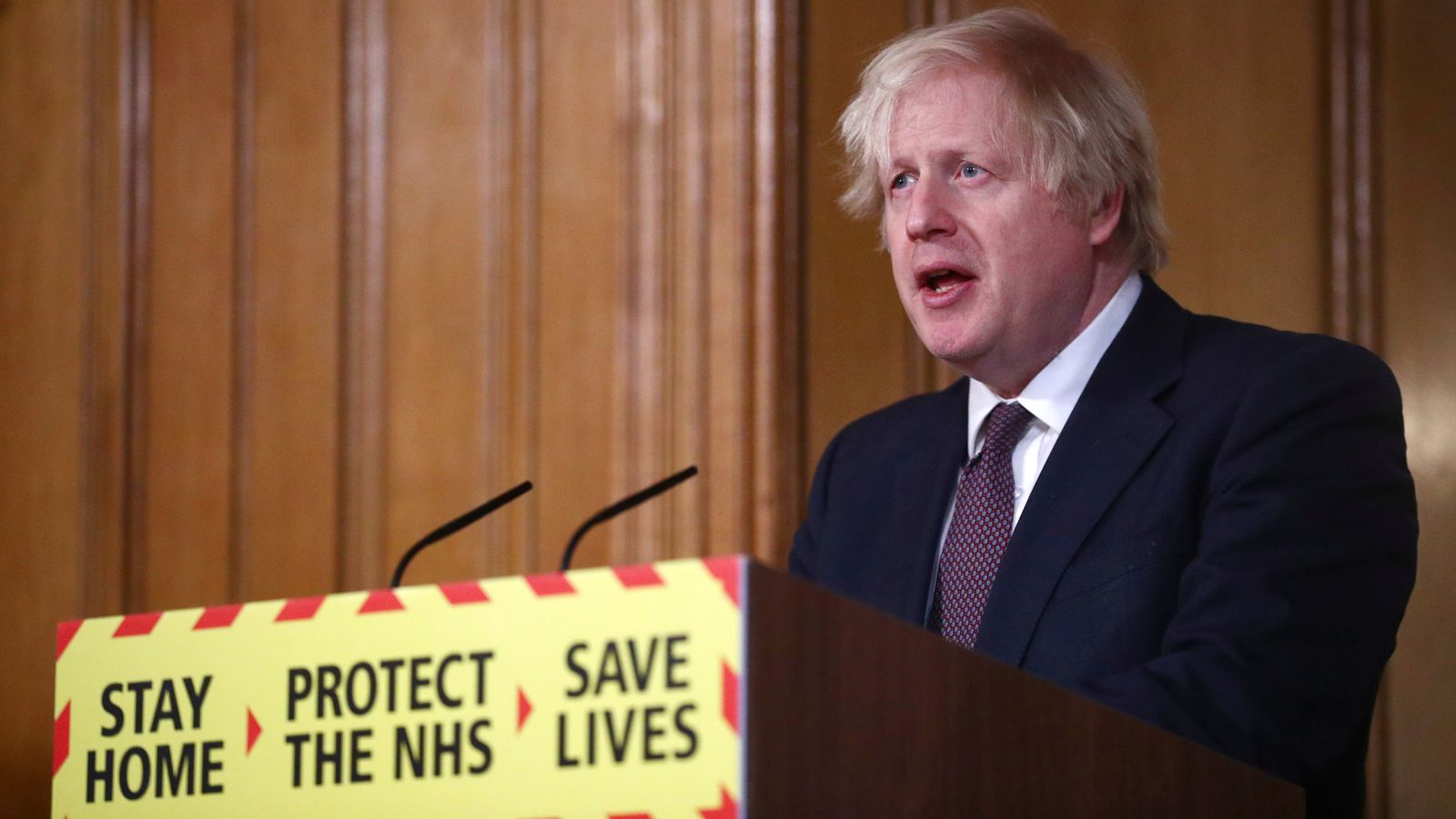 Boris Johnson has hailed the return of schools across England as a “big” and “emotional” day – but warned it will impact on the spread of coronavirus and there is no guarantee the country will reopen on the target dates set out.

Speaking at a news conference in Downing Street, the prime minister said it is “more vital than ever to follow the rules” so that the roadmap to ease lockdown can continue as planned.

The prime minister said the government would be “driven by the data not dates” when deciding whether it is suitable to further loosen restrictions in the coming weeks, with the next date earmarked for changes being 29 March.

Asked whether encouraging data from recent days – including daily deaths dropping below 100 – might tempt him to move forward some of his targets, he said: “We’ve got to remain prudent – the whole point of this roadmap is that it’s intended to be cautious but irreversible.

“And we think we can do that because of the vaccine rollout.”

Dr Jenny Harries, England’s deputy chief medical officer, added that they are expecting to see a rise in cases in the first two weeks schools are open but we can be “very optimistic going forward”.

“The likelihood of a case going into a school and larger numbers coming out to self-isolate are now much smaller,” she said.

“There may be a short period where larger numbers of children come out [to self-isolate] but that will settle down.

“It’s really important to look beyond the first two weeks.”

Monday 29 March is when it is hoped more social rules can be relaxed, including the resumption of outdoor sports and the government’s “Stay at Home” message being dropped.

And from that date, up to six people from different households or a larger group from two households will hopefully be allowed to meet outside, including in private gardens.

All primary schools returned today while secondary pupils will have staggered returns this week as part of the first step to easing the lockdown imposed on England at the beginning of January.

Other measures have also been eased slightly, with one person allowed to meet another from a different household outside for recreation, such as a coffee or a picnic, instead of just exercise.

Care home residents are also allowed to choose one named visitor from today.

House Republicans pass bill to limit drawdowns on Strategic Petroleum Reserve
Virginia schools boss fired after teacher shot by six-year-old despite ‘warnings’
The 13 U.S. debutants you need to know in January friendlies
Joey Votto isn’t just a future Hall of Famer; he is the future of the Hall of Fame
How the violent arrest of Tyre Nichols unfolded