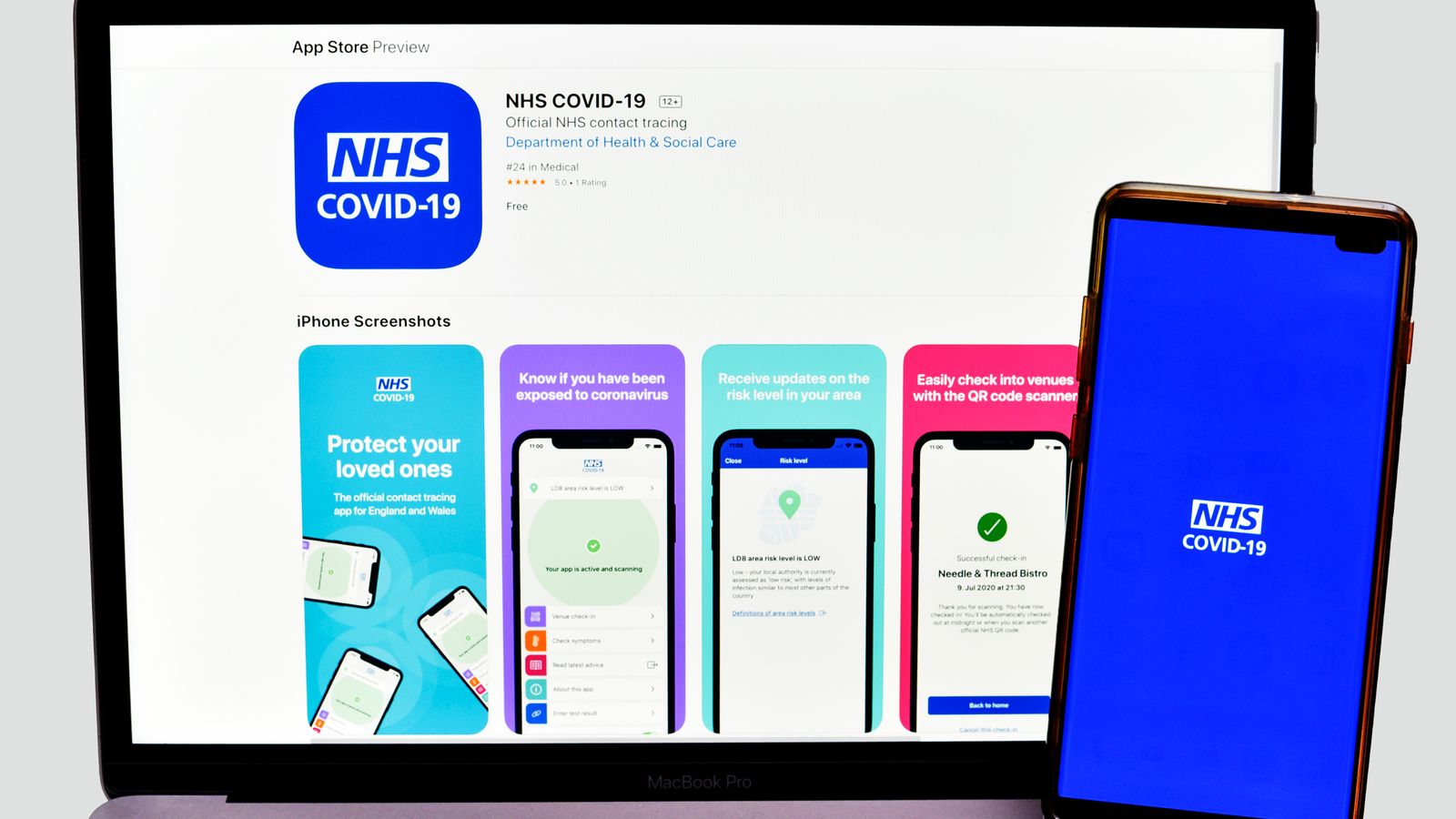 The boss of Test and Trace has defended the £37bn pound service, dismissing a critical report by MPs as “old news”.

In a rare interview, Dido Harding said England’s Test and Trace service was an “an essential component in the fight against COVID” and promised it would be carrying on for some time to come.

Asked about its cost, she said it was “an awful lot less than £37bn”, but added that large sums were necessary to deliver testing – which she claimed accounted for around 80% of the budget – at mass scale.

The controversial service was given another £15bn in government cash in last week’s budget, taking its total funding to £37bn over two years.

Experts said the sum was “vast” and gave Test and Trace a budget equivalent to the entire system of public safety, including prisons, police and criminal courts.

Yet a report released today by a committee of MPs said that despite having access to “unimaginable resources”, it still wasn’t clear whether Test and Trace was working effectively.

The cross-party Public Accounts Committee said that although Test and Trace had failed in its primary mission of preventing lockdown, it had increased testing and tracing hugely since the start of the pandemic.

But the MPs said it was still impossible to tell whether Test and Trace was making a difference, because the data it produced did not contain “clear evidence” to prove that it was reducing the spread of the virus.

The committee’s chair, Labour MP Meg Hillier, called on the government to produce a clear plan for its “staggering investment,” saying: “British taxpayers cannot be treated by government like an ATM machine.”

Baroness Harding disputed the claim, saying Test and Trace published extensive data and “was meeting the targets set by SAGE”.

The Public Accounts Committee was particularly concerned by Test and Trace’s reliance on highly-paid consultants from firms such as Deloitte, Accenture and McKinsey, saying it needed to “wean itself off” their use.

Test and Trace currently employs around 2,500 consultants, who are paid an estimated average daily rate of around £1,100, going up as high as £6,624 – rates Baroness Harding defended as “very competitive”.

Royal College of Nursing Chief Executive and General Secretary, Dame Donna Kinnair, said that the report would reignite the debate over NHS pay, after the government advised that health service staff should receive a 1% pay rise.

“Nursing staff who have been offered a 1% pay increase will be furious to hear of the millions of pounds being spent on private-sector consultants,” she said.

Asked about this, Baroness Harding said that “NHS staff and social workers are our most important customers… everyday they use our tests to help protect themselves and patients”.

Other issues raised by the Public Accounts Committee included the lack of coordination with local government when the service was started and low levels of self-isolation, often because of financial hardship.

Baroness Harding said both issues were being resolved at the same time.

“There is money in the budget to support self isolation payments and government recently said there will be an extension,” she said.

“It’s an important part of what we’re doing, working with local authority and government to provide the support people need. We know that we have to keep working on practical and financial support.”

Asked about the report from the Public Accounts Committee, she dismissed it as “old news,” saying it only went up to the end of October: “basically half our life.”

Although Test and Trace has a £37bn budget, it is not known how much money it has actually spent, nor what its future plans are.

The MPs found that it had spent £5.7bn up to November 2020, less than its budget for the period, although that was before it bought 800,000 lateral flow tests to use in schools.

Alex Thomas, a former senior civil servant who now works for the Institute for Government think tank, said there was a “pretty high chance that a lot of that money won’t get spent”.

But he added that the sums involved were “a huge sum of money to spend on one particular system and one part of government” and would inevitably have repercussions across government.

“Inevitably, when you’ve got a bit of govt that has this huge whacking great budget, that’s going to change the sorts of decisions that ministers make,” he told Sky News.

“It’s going to change where people are working and who’s got the power.”

I Heard It Through The Grapevine writer and Motown’s first star dies aged 81
Concerns about golden eagles are partly prompting the redesign of a Scottish wind farm
UK economy to fare worse than any country in developed world, including Russia, this year – IMF
Why we might have to wait until 2024 to see Artur Beterbiev vs. Dmitry Bivol in a must-see matchup
Westminster’s ‘nepo babies’ are here to stay – whether we like it or not | Adam Boulton