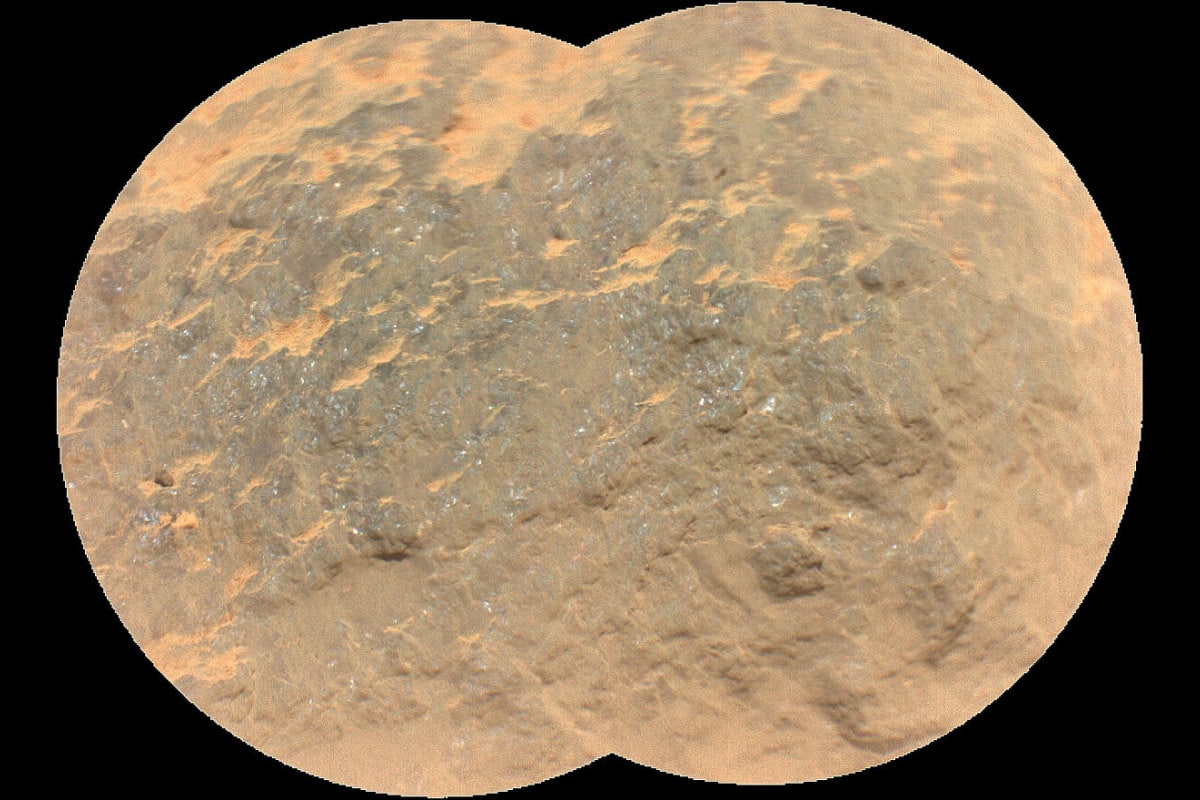 The bundle of instruments known as SuperCam on board the Perseverance Mars rover has collected its first samples in the hunt for past life on the Red Planet, mission scientists said Wednesday.

The return to Earth years from now of the rocks and soil it retrieves “will give scientists the Holy Grail of planetary exploration,” Jean-Yves le Gall, president of France’s National Centre for Space Studies (CNES), which mostly built the mobile observatory, commented via a YouTube broadcast.

These “pieces of Mars“, he said, may “finally answer this fascinating and fundamental question: was there ever life elsewhere than Earth?”

Mounted on the rover’s mast, the shoebox-sized gizmo is packed with spectrometers, a laser, and an audio recording device to analyse the chemistry, mineralogy and molecular composition of Mars’ famously red surface.

SuperCam’s laser can zap objects smaller than a pencil point from as far away as seven metres (20 feet), and enables the observation of spots beyond the reach of the rover’s robotic arm.

???? You’re listening to the first audio recordings of laser strikes on Mars. These rhythmic tapping sounds heard by the microphone on my SuperCam instrument have different intensities that can help my team figure out the structure of the rocks around me. https://t.co/nfWyOyfhNy

“The laser is uniquely capable of remotely clearing away surface dust, giving all of its instruments a clear view of the targets,” said Roger Wiens, an engineer at the Los Alamos National Laboratory (LANL) and SuperCam principal investigator.

The mission suffered a serious mishap before liftoff, revealed LANL’s Scott Robinson, who said more than 500 engineers and scientists contributed to the project.

“The mast unit optics were destroyed in a freak accident just four months before delivery,” he explained. “The team scambled to pull together spare parts to rebuild the telescope from scratch.”

The accident turned out to be a blessing in disguise.

A ‘freak accident’
In reassembling the unit, engineers discovered what Robinson described as a “Hubble-like” flaw in the original mirror.

Shortly after the Hubble Space Telescope’s launch in 1990, operators realised that the observatory’s primary mirror had an aberration – later corrected – that affected the clarity of images.

Scientists believe that around 3.5 billion years ago the crater in which Perseverance landed was home to a river that flowed into a deep lake, depositing sediment in a fan-shaped delta.

The rover is tasked with collecting more than two dozen rock and soil samples in sealed tubes, to be sent back to Earth sometime in the 2030s for analysis.

About the size and weight of an SUV, Perseverance is equipped with a two-metre (seven-foot) robotic arm, 19 cameras, two microphones as well as other cutting-edge instruments.

A small helicopter drone tucked under its belly will attempt the first powered flight on another planet in a few weeks’ time.

One instrument on board is designed to make oxygen from Mars’ primarily carbon dioxide atmosphere, something that would greatly facilitate human habitation.

Perseverance is the fifth rover to set wheels down on Mars, all of them from NASA. The feat was first accomplished in 1997.

Its core mission lasts just over two years, but the rover could remain operational well beyond that.