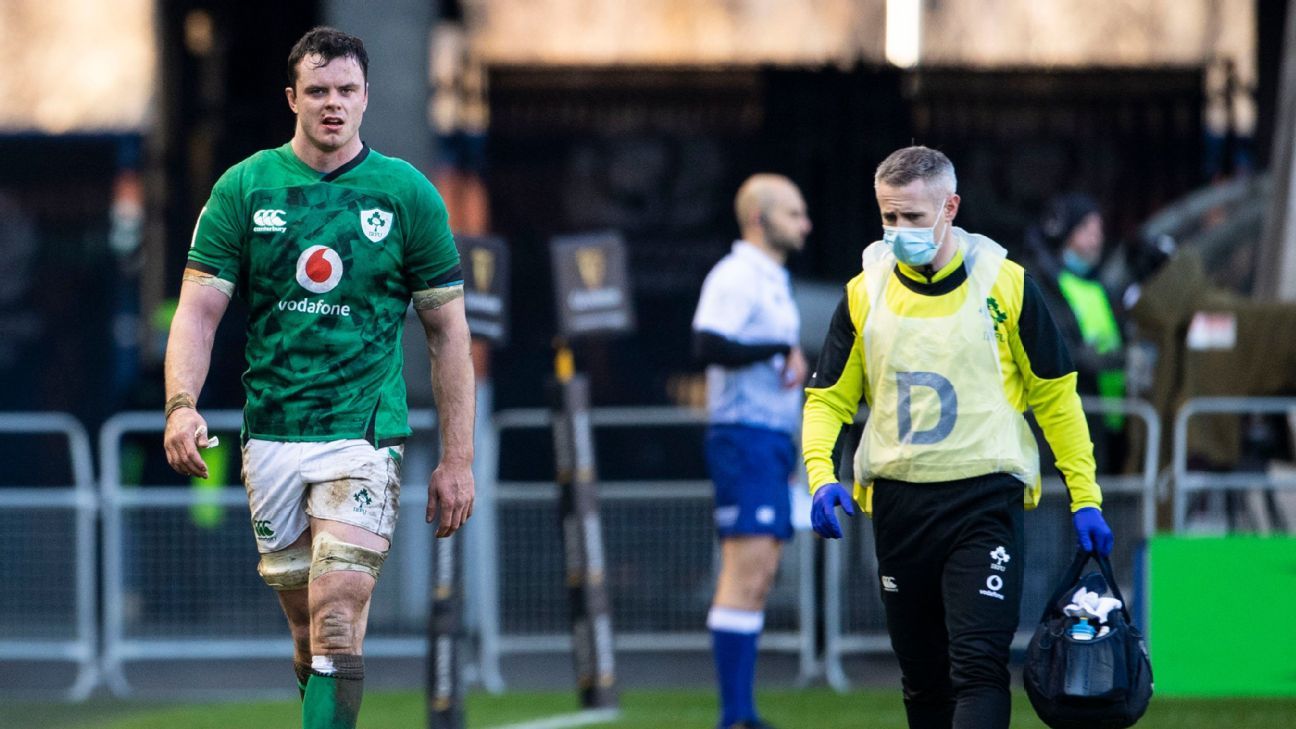 Ireland have confirmed that James Ryan and Garry Ringrose won’t be available for their final Six Nations game against England after both picked up injuries.

Ryan was taken off the pitch during Ireland’s 27-24 victory over Scotland for a HIA assessment 10 minutes from the end of the game and the Irish Rugby Football Union (IRFU) said he would return to Leinster to have his care managed with the province.

Ringrose completed the full 80 minutes against Scotland but picked up an ankle injury which will require further assessment by both the IRFU and Leinster which rules him out of the game on Saturday.

It’s another unfortunate blow for Ringrose who missed much of the Autumn series due to a jaw injury.

Peter O’Mahony is available for selection after completing his three-game suspension following the red card he received in Ireland’s 21-16 loss to Wales.

Ulster’s Tom Toole will not rejoin the squad having picked up a knock while Connacht’s Finlay Bealham will continue with the squad.