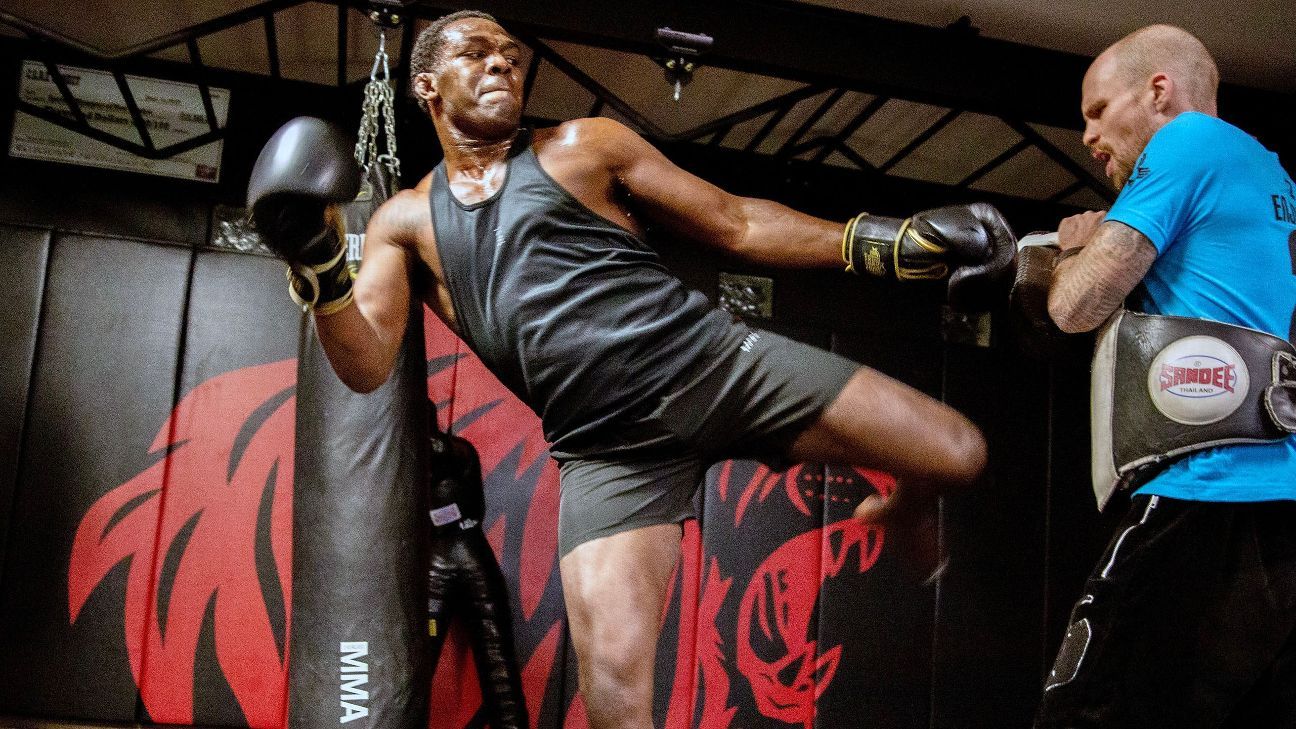 Since announcing he’s retained the services of Richard Schaefer as his advisor on May 26, Jon Jones‘ social media accounts have been fairly subdued, free of any confrontational posts aimed at the UFC.

Coincidence? Maybe, but make no mistake, there will be interest in seeing if Schaefer, the former boxing promoter who was CEO and co-founder of Golden Boy Promotions, can change Jones’ status with the UFC.

Can Schaefer calm those waters and find a way to get Jones a title shot in his heavyweight debut?

That’s one of the topics our panel of Ariel Helwani, Brett Okamoto, Marc Raimondi and Jeff Wagenheim addresses as they try to separate what’s real from what’s not.

Helwani: Not real. This is certainly an interesting development. And it does increase the likelihood of us seeing Jones fight at heavyweight sometime in the future, but I don’t think it changes the fact that Ngannou vs. Derrick Lewis 2 for the UFC heavyweight title is still the front-runner to be next. And while that fight isn’t locked in just yet, the plan is to stage it on Aug. 7.

The UFC Apex plays host to a Fight Night card headlined by heavyweights eager to climb the rankings. Jairzinho Rozenstruik looks to rebound from losses in two of his past three fights, including one to current champ Francis Ngannou, while Augusto Sakai returns to action after suffering the first loss of his UFC career in September.

Truth be told, I don’t think Jones wants to fight so soon anyhow. I’m told he’s looking at the end of the year or even next year. So Ngannou-Lewis 2 gets done, and then Team Jones can get to work in the gym and in the negotiating room to make his title shot happen.

Schaefer is an old pro. He’s negotiated massive deals before. It was imperative that someone with experience represents Jones, because the way things were going — you know, the tweets and whatnot — just wasn’t working and would have never worked.

The question remains, though, will Schaefer know how to navigate the world of UFC/MMA? It’s not boxing, that’s for sure. I suspect he will, and it’s good to hear that White will take his call. Having that built-in respect goes a long way to getting a deal done, because if the UFC doesn’t like you or doesn’t want to do business with you, it won’t, mega-fight be damned.

So it’s all very promising. But not promising enough to make Jones’ heavyweight debut happen this summer, in my opinion.

Gaethje vs. Chandler is indeed the fight to make

Raimondi: White was asked in some interviews over the last few weeks about the future of the lightweight division, specifically what could be next for Justin Gaethje. The absence of one of the top 155-pound fighters in the world — and arguably the most exciting — from the title conversation has been curious. The UFC chose to book Charles Oliveira against Michael Chandler at UFC 262 for the vacant title, but many thought Gaethje should have been in that spot, considering his run of four straight wins prior to losing to Khabib Nurmagomedov at UFC 254 last October. Instead, it has now been eight months since that bout and Gaethje has not been booked again.

Meanwhile, Oliveira beat Chandler to become champion, and it seems very likely that he will fight the winner of the UFC 264 main event between Dustin Poirier and Conor McGregor, which is scheduled for July 10. That leaves Gaethje on the outside looking in with regards to the title picture for another several months, at the very least.

It’s looking like Gaethje will have to win one more time before getting another crack at the belt. This is not to say having the Poirier vs. McGregor 3 winner fight for the belt next doesn’t make sense. If Poirier is the victor, he’s a shoo-in candidate — many figure Poirier to be the best lightweight in the world right now after his TKO over McGregor in January. And, of course, if McGregor wins, the UFC would love nothing more than to book him for another big title fight with the hopes of having its most popular star ever become champion once again.

Taking all of that into account, Gaethje vs. Chandler makes as much sense as anything in that division right now — so, I’ll say real. I don’t necessarily think Gaethje has to win a fight against someone the caliber of Chandler to earn another title shot, considering the only man Gaethje has lost to in three years is now retired. But that is the direction the division seems to be going. It’s doubtful Gaethje will want to sit out and wait to see what happens between Oliveira and the Poirier-McGregor trilogy winner. That’s just not his style.

From Chandler’s perspective, that would be the best fight available coming off a title shot loss. If he can beat Gaethje, he is right back in a top contender spot and could earn another title shot as early as next year — something he has already vowed to do. Even if Gaethje wins, Chandler wouldn’t lose a ton of stock, because Gaethje is valued very highly.

Max Holloway vs. Yair Rodriguez was the right fight to make in the UFC’s featherweight division

Okamoto: Not real, only because Holloway vs. Zabit Magomedsharipov would have been the perfect fight to make. Magomedsharipov is ranked higher than Rodriguez in ESPN’s divisional rankings, and he’s undefeated in the UFC.

But that option wasn’t on the table. It’s my understanding that Holloway was very open to that matchup as well, but Magomedsharipov isn’t taking a fight right now, reportedly due to health problems, and the UFC recently pulled him from the rankings altogether. So, if you consider Magomedsharipov is out of the equation, then one hundred percent, yes, this was the right fight to make.

Rodriguez has shown flashes of true brilliance during his career, and he’s still just 28. Holloway is taking a lot of risk with this fight, as he is already the clear No. 1 contender in that division once champion Alexander Volkanovski and Brian Ortega fight. But with that bout not even scheduled, and Holloway wanting to stay active, it’s a risk he’s willing to take, and fight fans (and Rodriguez) should be happy about that.

Wagenheim: Projecting title shots down the road is a crapshoot, especially in a division that can change direction with one big punch. But I’m going to go out on a limb and say this is real because, with three heavyweight bouts on the card, I have six chances to be correct.

Now, let’s be clear. No one is earning an immediate title shot on Saturday. It appears all but certain that Ngannou’s first defense will be against Lewis. After that, maybe White and Jones can work out their differences and book Jones in a title fight, with the help of Schaefer. Miocic is still in the mix, too. And by the time all of those big guys have sorted out their business, Ciryl Gane, Curtis Blaydes or Alexander Volkov might be in position to challenge for the belt.

But a win this weekend would do wonders for either main event participant. Jairzinho Rozenstruik has lost two of his last three — but to Ngannou and the undefeated Gane. And Augusto Sakai is coming off a fifth-round loss to Alistair Overeem, but prior to that he had won six in a row. One of them will leave UFC Apex this weekend with momentum. Perhaps that will propel him down the long, long road toward a shot at the championship.

Apple says it didn’t know Trump’s DOJ was asking for Democrats’ data when it complied with subpoena
25 COVID variants being monitored – and without restrictions Delta could push R to 7, PHE chief says
‘I panic every time I see Boris’ – Savoretti’s anguish as music ‘pushed aside’ by COVID rules
Supermarket worker shot and killed by customer after argument over face masks
Noel Gallagher sympathises with Prince William over younger brother ‘shooting his mouth off’