Portuguese authorities have questioned why the UK has switched the popular holiday destination from its travel green list to amber.

The move, announced on Thursday, means thousands of Britons who travelled there for the half-term school break are now scrambling to get home before the mandatory 10-day self-isolation kicks in at 4am on Tuesday.

But the decision has confused Portugal’s foreign ministry.

In a tweet, it said it could not “understand the logic”.

“Portugal is continuing its easing of its lockdown, prudently and gradually, with clear rules for the safety of those who reside here or visit us.”

The current UK government advice is not to visit amber countries – and anyone who does must take two tests on return, and self isolate at home for 10 days.

Travellers from those countries will have to quarantine in a designated hotel on their return – at their own cost.

British holidaymaker Tim Taylor left for Portugal on Monday morning. At that point, his destination was on the government’s green list – but three days on, he is facing uncertainty.

He told Sky News: “It is quite frustrating – and came quite out of the blue. We weren’t expecting Portugal to go on the amber list.

“As far as we were aware, the number of cases were fairly stable.”

Mr Taylor is now among thousands of Britons plotting an early return and trying to book flights.

He said when he initially looked at the cost of return flights – they were around £99. In the space of “five or ten minutes” they had gone up to £145.

The UK government said the decision to move Portugal, including Madeira and the Azores, to the amber list followed increased concern about a mutation of the Delta variant, which was first identified in India.

The travel industry reacted with dismay to the UK announcement.

He added: “We were reassured that a green watch list would be created and a week’s notice would be given so travellers wouldn’t have to rush back home,” he said.

“They have failed on this promise.”

However, speaking on Sky News on Friday, housing secretary Robert Jenrick said the government had always said it would “do that if we can – but this is a fast-moving situation.

“If you look at the situation in Portugal, not only has positivity doubled in the past few weeks – that’s pretty fast – they have also got evidence of this new (Nepal) variant and I think it’s really important we exercise caution when we see new variants. 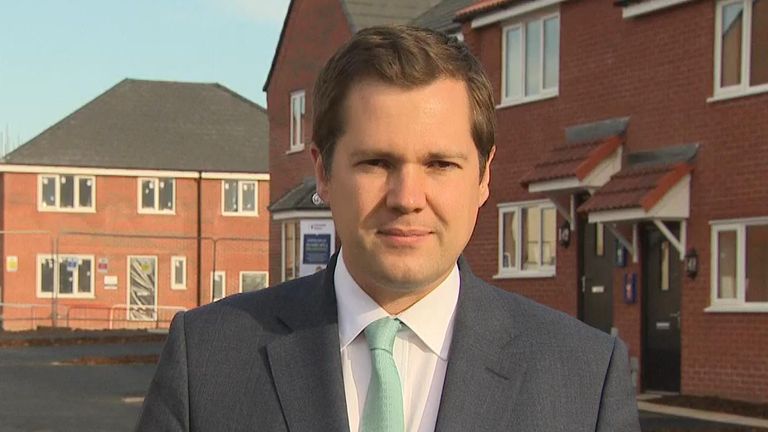 “We don’t yet know how transmissible they are, how virulent they will be, and most important of all, whether our vaccines will be effective against them – so we have taken a precautionary step to give our scientists time to do the research.”

He told Sky News: “Truthfully we would not have put Portugal on the green list three weeks ago.”

Meanwhile Mansoor Abulhoul, Ambassador of the United Arab Emirates to the UK questioned the decision for his home country to be moved to the red list, saying he was “disappointed”.

“The UAE is currently one of the safest countries in the world in relation to COVID-19,” he said.

“We have the second-fastest vaccination rate, one of the world’s most intensive testing systems, and are combatting the spread of concerning variants by restricting entry from high-risk countries.

“We are disappointed by this outcome and hope the UAE’s status will be reconsidered at the next opportunity. Summer is a key season for Emiratis and the hundreds of thousands of Britons living in the UAE to visit the UK.

Territories including Iceland, Israel and the Falkland Islands remain on the UK green list.

Macron ‘tells PM to keep his word’ amid Northern Ireland sausage trade row
Thousands in queue to book jabs – and some over-25s told they are ‘not eligible’
‘We have 30 doses… we need two million’: The mountain kingdom left behind in the race to vaccinate the world
Cruella prequel is reportedly getting a sequel
U.S. Department of Energy Announces $14.5 Million to Accelerate Deployment of Geothermal Electricity