When considering the landmark deal on global taxation agreed today by the group of seven leading industrialised economies, it’s easy to fixate on the question marks and criticisms – after all, there are plenty of them.

It is not as ambitious a deal as many had hoped for. The global minimum corporate tax rate (one of the two key parts of it) is considerably lower than had been originally proposed.

The other key part – the new mechanism for how much tax the tech giants will pay and to whom – only covers around 100 big companies. It’s not entirely clear it will apply to Amazon, for instance.

There are still serious question marks about whether the G7 – whose tax rates are already high, and which stands to benefit from this more than most – can persuade other countries to sign up for it, and the fewer countries that sign up, the less successful this will be.

So no, this moment is not without its provisos. But even so… it really is a moment.

For years, if not decades, an assumption had begun to bake in among politicians and the public: that try as they might there was simply no way of persuading the tech giants and mega-brands to pay more tax – that there was no way of overhauling the global tax system.

That assumption solidified into something of a truism when Donald Trump became US president and signalled an end to proactive US engagement in the World Trade Organization, International Monetary Fund and bodies like the G7, which bring together countries to seek common solutions.

Indeed, even after Joe Biden was elected there was scepticism that he would dramatically change this dynamic. Sure: he might govern differently at home, but would he really try to re-ignite American political leadership around the world? 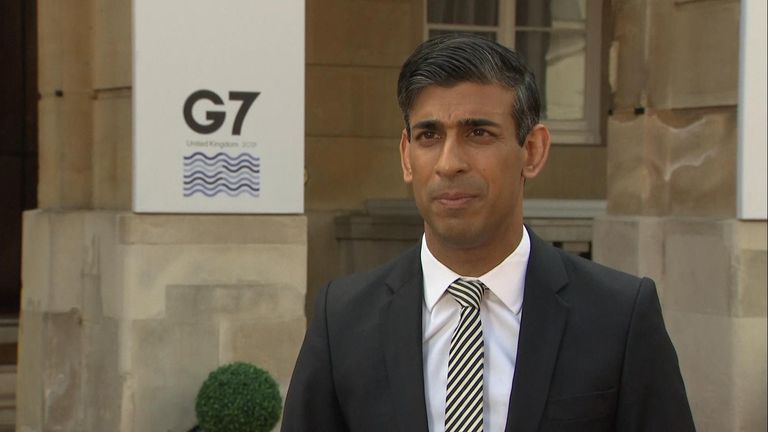 What is momentous about this agreement, then, is not simply that it has happened at all – though this is certainly worthy of note. There are many thorny issues which cannot be solved without international co-operation: climate change; monetary imbalances between nations to name just two. But arguably tax reform has always been among the most tantalisingly tricky of these challenges.

And unless you can persuade all nations – or at least the majority of them – to co-operate on tax policy, you are very unlikely to prevent one or a handful of them from shaping their tax rates and rules to try to encourage companies to move profits and activities over to their jurisdictions.

And for all the efforts – and there have been many – up until today the world’s leading nations had failed and failed again to implement those kinds of reforms.

Now, the G7 agreement is only a beginning. The seven nations who have signed up to it will need to seek approval from their own lawmakers which, in the case of the US, will be a real challenge.

They will have to persuade other countries to sign up as well. My understanding from a number of G7 sources is that they’re optimistic this can happen. But even so, it would be strange if some of those countries did not launch a fightback.

For while this deal happened in London, let’s not lose sight of the reason it happened at all: the US delegation made it clear they wanted a deal as quickly as possible.

They were not afraid to compromise, quickly cutting their first proposed number for the minimum tax rate from 21% to 15%. They pushed hard for it to be the main item on the agenda at the London meeting – effectively steam-rollering Chancellor Rishi Sunak (while he supports tax reform he was planning for this meeting to be mostly about climate policy).

It is the kind of dynamism we haven’t seen in US international policy for many years – arguably since before the Obama administration.

I asked US Treasury Secretary Janet Yellen about this in the news conference she held shortly after the meetings: what does this say about multilateralism – efforts to deal with shared problems with shared solutions?

“I believe that what you’re seeing is the revival of multilateralism,” she said. “A willingness of nations in the G7 and G20 to co-operate to address the most critical challenges facing the global economy, and this international tax race to bottom has been a problem for many, many countries for decades.”

So expect more of this to come. Yes, there are plenty of technical and diplomatic issues yet to be ironed out. Yes, the implementation of this will matter as much if not more than this deal this weekend. But the tone for the next four years of international diplomacy has been set; and it is very different indeed.