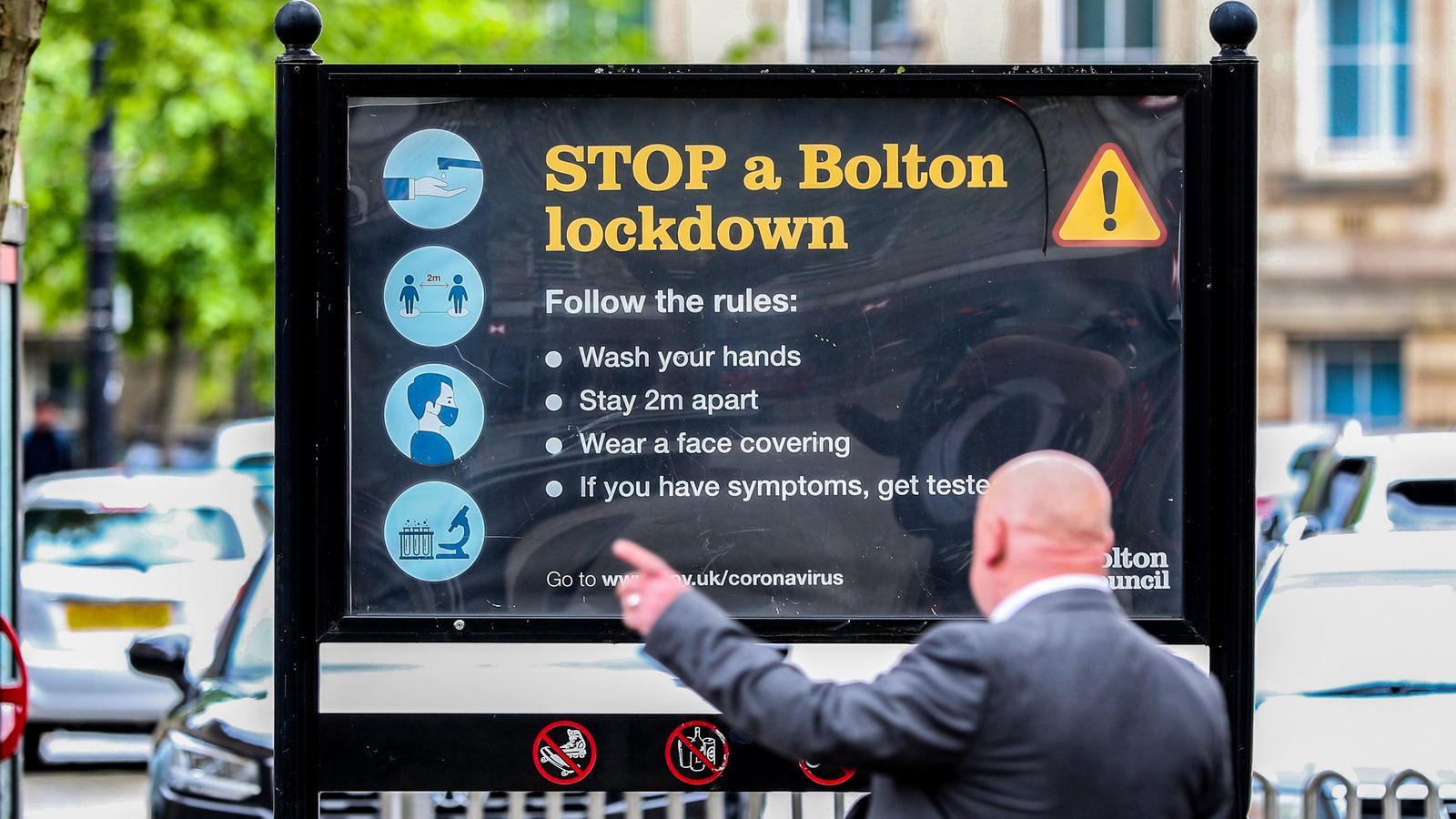 Greater Manchester Mayor Andy Burnham has called for vaccinations for 18 to 30-year-olds to be included in the government’s “strengthened support package” to tackle the Delta variant.

On Wednesday the health secretary asked people in Greater Manchester and Lancashire to minimise travel and meet people outside where possible to prevent the variant spreading further there.

The government also announced a “strengthened support package” to help with the COVID response, which includes help from the military and extra testing facilities.

But Mr Burnham has told Sky News it needs to include vaccinations for younger-than-currently-eligible age groups as well.

“We’re saying to the government – give us the supplies you would give us anyway – don’t give us more supplies than we need – just give us those supplies now,” he said.

“Let us make progress vaccinating those younger people in the next two or three weeks.

“It makes more sense to vaccinate 18 to 30-year-olds now in June rather than doing it in July when they’ve already had the Delta variant.”

As of Tuesday, people aged 25 to 29 are now eligible to get their coronavirus vaccine, with hundreds of thousands booking their jabs on the first day possible.

Mr Burnham said that although variant cases are going down in Bolton, where it first surged, infections are going up in the other nine boroughs of Greater Manchester.

He added that he does support the government’s offer of support to deal with the variant – as opposed to restrictions – but believes they were to slow to act.

“The delay is one of the causes of the situation we’re in. There’s no denying it’s had an impact,” he said.

Biden arrives in UK ahead of G7 summit in Cornwall – his first official overseas trip as US president
US Justice Department says it will no longer secretly seize reporters’ records
Podcast: Tesla Model S Plaid launch, Anonymous goes after Elon, Jerome Guillen leaves, and more
Solar Eclipse 2021: When, Where, How to Watch the First ‘Ring of Fire’ This Year
PM urges G7 not to ‘repeat the mistake’ of 2008 financial crash during COVID recovery