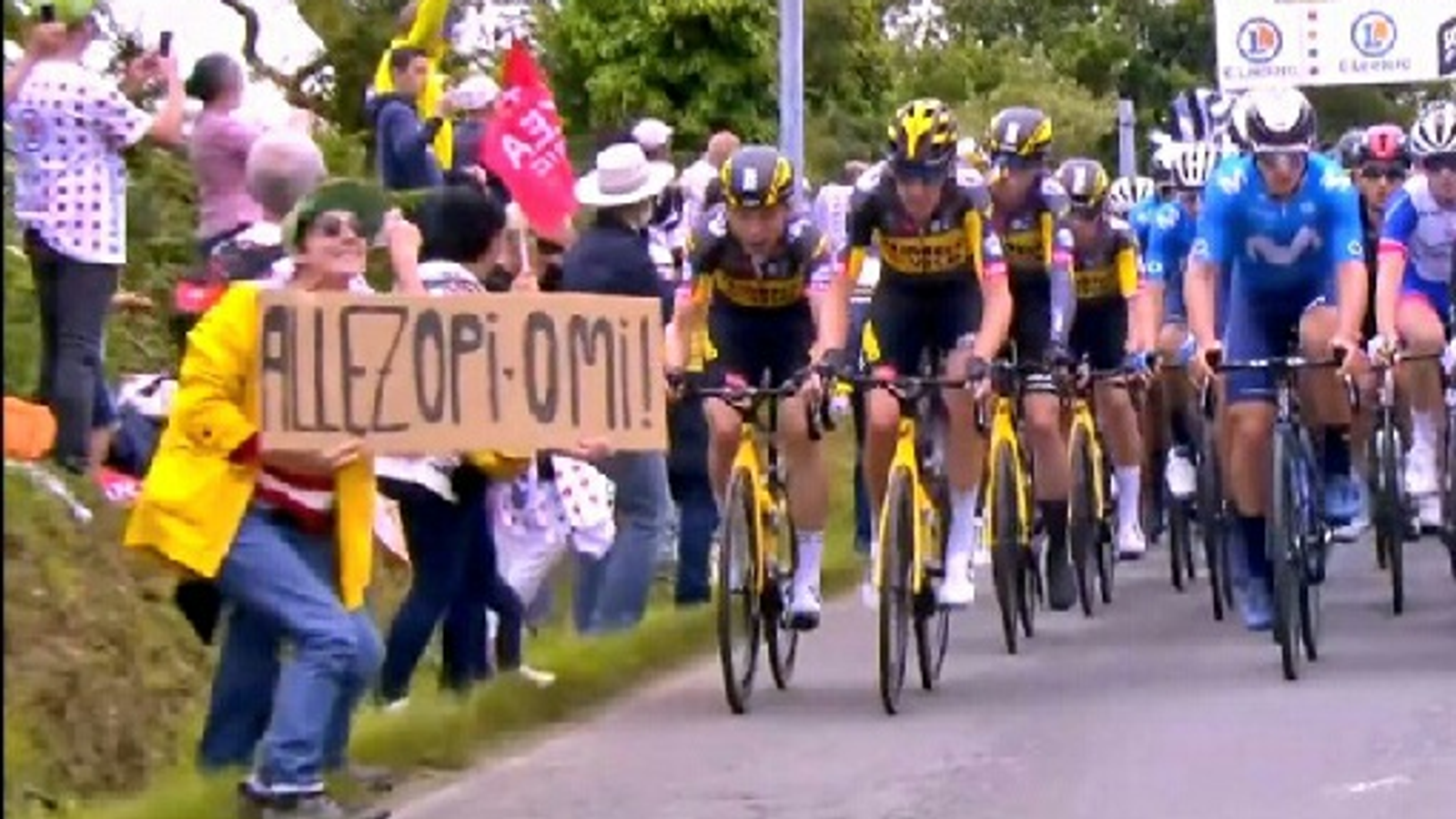 The spectator who caused a massive pile-up at the Tour de France has been arrested, according to a report by Reuters.

A 30-year-old French woman is in custody after presenting herself at a police station in Landerneau, Brittany, a source close to the investigation told the news agency.

She is accused of involuntarily causing injury and putting the life of others at risk during the opening stage of this year’s peloton.

On Saturday, German cyclist Tony Martin was sent tumbling when he rode straight into a cardboard sign being held out by a fan looking the other way at a television camera.

The collision caused a domino effect, wiping out multiple riders around 47km (29 miles) from the end of the Brest-Landerneau stage.

Another German rider, Jasha Sutterlin, was the only cyclist who had to abandon the race but several people were hurt, including spectators.

There was also a second crash about 7.5km (4.6 miles) from the finish which brought down several riders, including British cyclist Chris Froome, who went on to finish the race after medical treatment.

At the time a senior race official reportedly said organisers would be taking legal action against the woman.

“We are suing this woman who behaved so badly,” tour deputy director Pierre-Yves Thouault told the AFP news agency.

“We are doing this so that the tiny minority of people who do this don’t spoil the show for everyone,” he added.

Tour de France riders put their collective foot down at the start of Tuesday’s race; bringing the race to a halt for around a minute in a silent protest for safer racing conditions.

Tour organisers have warned fans to “respect the safety of the riders” and “don’t risk everything for a photo or to get on television”.

Wednesday’s fifth stage was a 27.2-km individual time trial from Change to Laval. It was won by Slovenian Tadej Pogacar.