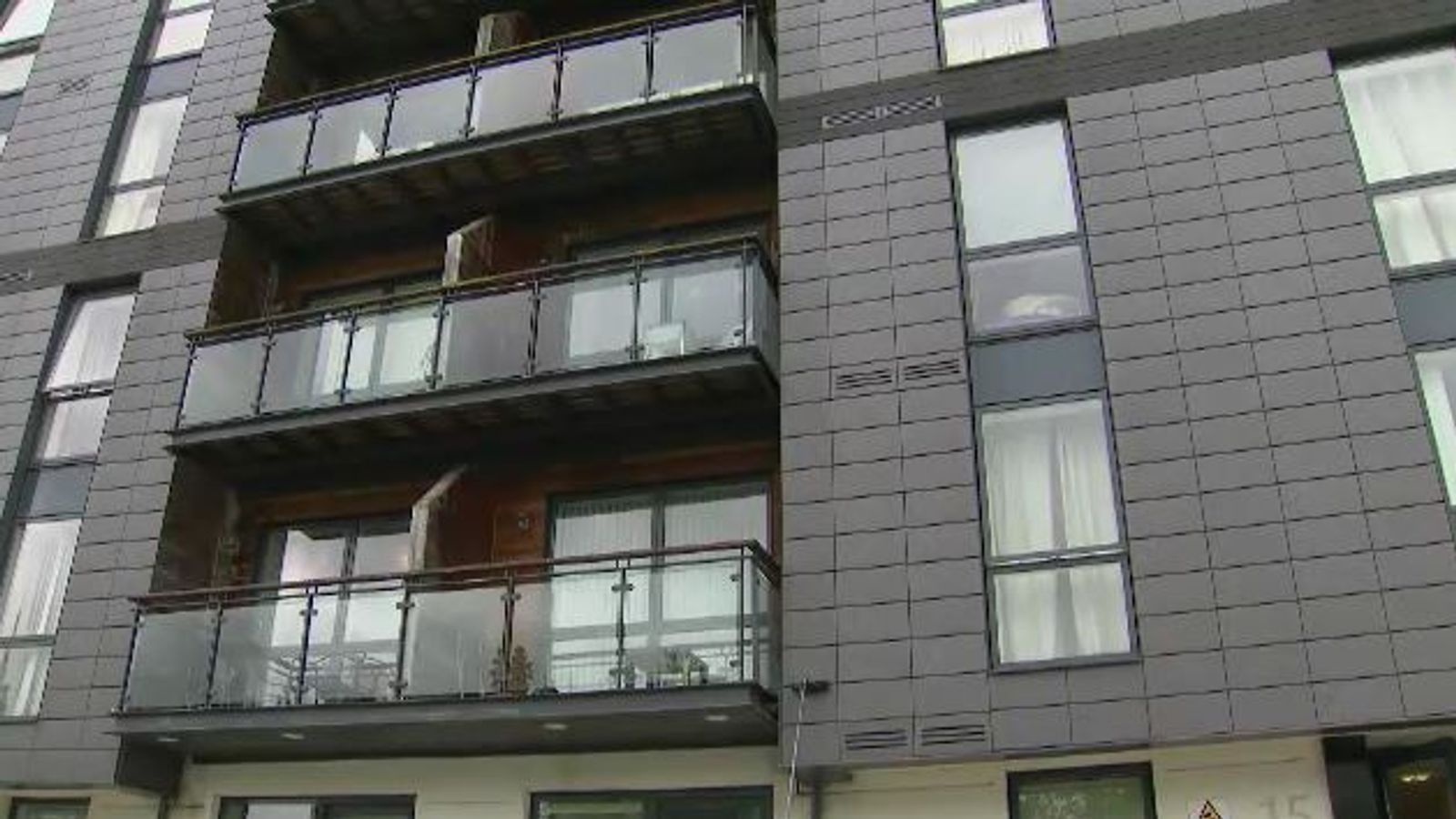 MPs have promised a new amendment to help flat owners “trapped” in buildings affected by the cladding crisis.

Leaseholders who bought flats in blocks that were later found to be unsafe have seen the value of their homes wiped out while they wait to be told of the scale and cost of repairs.

On Wednesday, the Commons will give a second reading to the Building Safety Bill, which the government has said will give more protection to homeowners holding developers to account.

But some told Sky News they fear they will still have to foot the bill if developers refuse to pay for the work and it is not covered by government schemes, despite promises from ministers that leaseholders should not have to pay out.

Legal advice commissioned by the Labour Party found that the new bill would make it more likely, not less, that leaseholders would have to pick up the costs.

Lucy Powell, Labour’s shadow housing secretary, said: “Leaseholders have been betrayed. This government has made their situation worse not better.”

Estimates for the number of people living in flats that are unmortgageable due to fire safety problems range from hundreds of thousands to more than a million.

Dozens of Tory MPs are trying to force the government to protect more leaseholders.

Stephen McPartland, Conservative MP for Stevenage, said a vote would be forced in the autumn by rebels.

“The leaseholders just don’t have the funds to cover this,” he said.

“We will definitely be laying amendments, doing everything we can to ensure that the leaseholders get some kind of protection.

“This is of the government’s own making. There are five million people potentially affected by what’s going on.”

Residents of the eight-storey Hemisphere Apartments in Birmingham have been in limbo for 18 months.

The block, which contains 344 flats, had a survey which identified problems with its insulation, as well as missing fire breaks and timber balconies.

Vickie Pargetter, 40, who works at the University of Birmingham, bought her £150,000 flat there in 2009 under the Help to Buy scheme, thinking it was a great investment.

Now married to Dave, a teaching assistant, with a two-year-old son Blake, they tried to sell the flat in January 2020 to move to a family home.

They were delighted when their flat was valued at £220,000 but after a consultants’ report put the bill for repairs at the development at £13.8m – or around £40,000 per flat – they fear it is now worthless.

Their hopes of having a second child are slipping away; and their savings will be wiped out if residents are liable for some or all of the repairs.

“Knowing your family are potentially at risk has made us incredibly anxious,” she said.

“I would consider myself to be quite a resilient person under normal circumstances, but sadly both my husband and I have been diagnosed with depression, we are both on anti-depressants.

“We are well and truly stuck. We can’t move. We wouldn’t want to bring another person into this space because it’s just not big enough for the three of us – it wouldn’t be fair.

“By the time this is all resolved sadly I think I will probably be too old for us to try for a sibling for Blake, so it has entirely impacted our life choices as a family.”

She has paid around £2,000 so far in increased insurance payments and fees for fire wardens.

In the same building is Tom White, a 31-year-old PhD student who bought his flat four years ago, after selling the family home he inherited when his mother died.

“We’ve got the waking watch, who are walking around the building 24/7 basically to ensure that it’s not on fire.

“They are a constant reminder that the building has been deemed to be unsafe, and it’s costing us £5,000 a week across the development, so it’s a lot of financial costs and there’s a mental cost as well.

The government is fully funding the removal of Grenfell-style cladding from high rise buildings taller than 18m (60ft), and earlier this year extended a £5bn fund to include some other dangerous materials.

But cladding on blocks between 11m and 18m (36ft and 60ft) and other fire defects – such as those found at Hemisphere – will not be covered.

A committee of MPs last year estimated the true cost could be as much as £15bn. A proposed loan scheme and tax on developers have not been set out yet.

A Housing Department spokesperson said: “We know many people are worried – which is why our priority is making sure residents are safe and feel safe in their homes by removing dangerous cladding from the highest risk buildings as quickly as possible backed by over £5bn.”

“It is essential that building owners take swift action to fix dangerous cladding and the government will fund every eligible application to the Building Safety Fund. We are progressing applications as quickly as possible.”

Redrow is the developer of the Hemisphere Apartments.

Robert Wilson, managing director of Redrow’s Midlands division, said: “We’re very aware of the stress and burden on residents of high rise apartments across the country that have remedial cladding issues based on the new standards now set by government.”

He said the company is in direct correspondence with Laing O’Rourke, which built the apartments, “regarding the unproven defects identified by the consultant appointed by the management company and therefore the requirement for remedial cladding works, and in turn any leaseholder costs, hasn’t been established”.

A Laing O’Rourke spokesperson said: “We have been contacted by the management company and are working with them to understand the nature of the claims.

“At this stage nothing has been determined and we cannot comment further until the process is more advanced.”