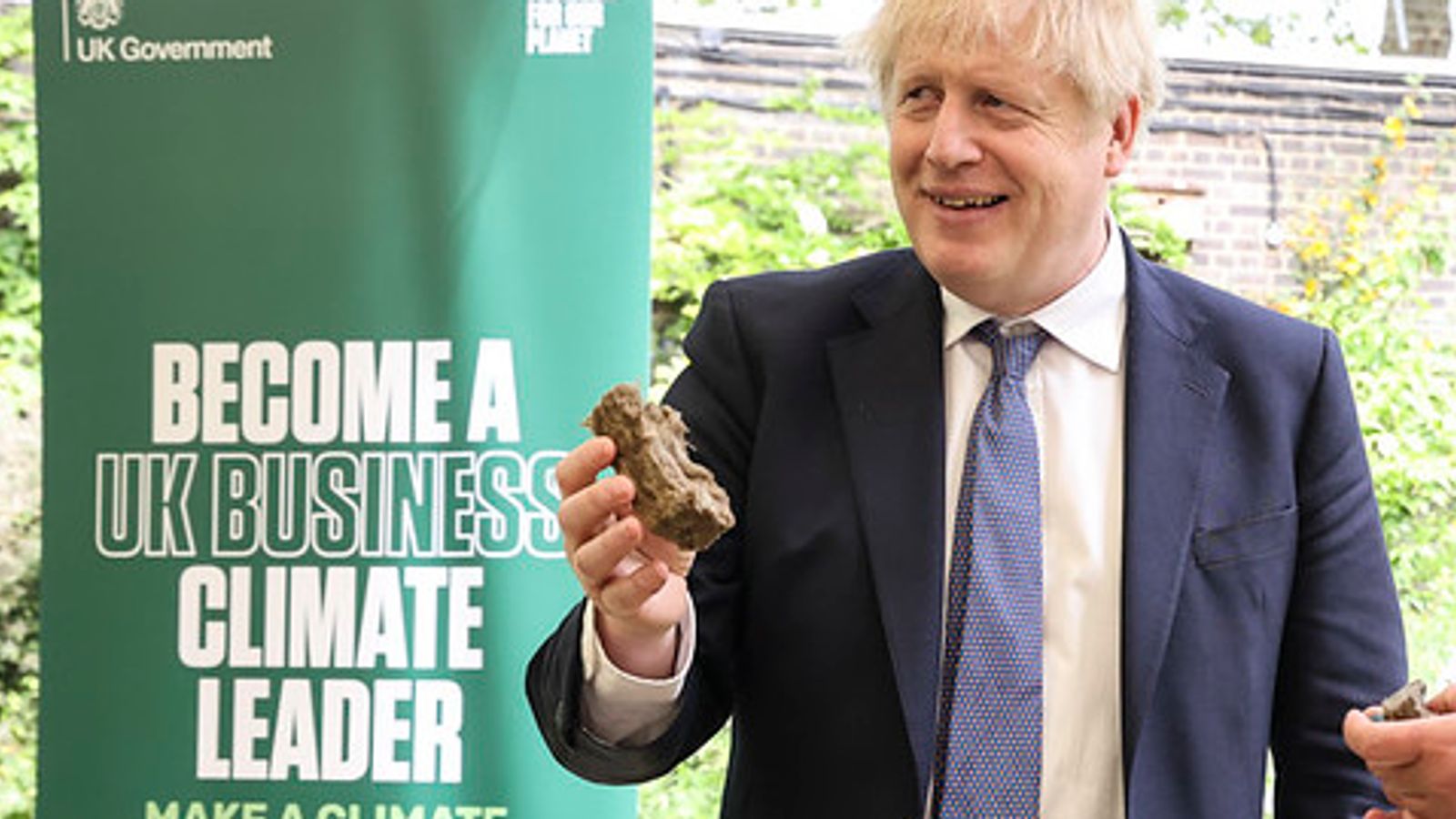 Boris Johnson’s government has reneged on key promises it has made in the efforts to combat climate change, according to one of the most senior Conservative environmentalists.

The Tory chair of the Climate Change Committee – which advises the government on tackling global warming – has condemned the decision by ministers to give into Australian demands to water down environmental protections in the UK-Australia trade deal.

Earlier on Wednesday, Sky News published a leaked government email that revealed Liz Truss, the international trade secretary, and Business Secretary Kwasi Kwarteng decided the government could “drop both of the climate asks” from the text of the trade deal.

Among the areas to be removed was “a reference to Paris Agreement temperature goals”, with the revelation coming less than two months before the UK hosts the COP26 international climate change summit in Glasgow.

Sky News understands the treaty text will contain a reference to Paris, but the reference to specific temperature commitments is disappearing.

This was bitterly condemned by Tory peer Lord Deben, the chairman of the Climate Change Committee, an independent body advising the government on its climate targets.

As the MP John Gummer, he was an environment secretary in Sir John Major’s government.

“The government promised that they would not do any of those things, and listen to ministers in the House of Lords saying that, and so it’s to go back on all the promises that they’ve made,” he said.

“If we’re not prepared to hang our hat on the Paris Agreement, to which we have put our solemn promise, and which we have put by law into action in this country, when we are dealing with Australia, which is one of the recalcitrant nations, one of the countries that’s not doing what it ought to do, then really we are not taking the lead at all and to do this at a time before COP26 is very serious.”

Asked why keeping broad commitments to the Paris climate change agreement was not enough, Lord Deben replied: “We just have to stick to this, the moment you make it woolly and not certain… why do you think the Australians ask for it?

“It’s because the Australians will not commit themselves, they are large exporters of coal, they are destroying your climate and my climate and they have to come back to the world stage and work with the rest of us.”

Government sources confirmed that the references to temperature are now “implicit” rather than spelt out in the text of the trade treaty.

This is different from the UK-EU trade deal where the temperature commitments are explicitly in the deal.

Privately government sources claim the climate compromise in this trade negotiation is, in fact, good for the environment.

They say they have secured a first: Australia will reference the Paris agreement in a free trade agreement for the first time. They point to the fact there will be a whole chapter on the environment in the final text.

But there is no getting away from the simple fact that binding temperature commitments have been dropped. In other FTAs, like the one signed between the UK and EU, those commitments are explicit.

The political significance is what this reveals about government priorities. In the year the UK is hosting the COP 26 climate conference in Glasgow, Boris Johnson could have chosen to make temperature commitments a red line in the trade talks with Australia. It would have been a statement on the centrality of climate change in his agenda.

The consequence of such a statement, however, would have likely been trade talks taking longer and the UK having to give ground in other areas.

When it comes to government priorities, what this all demonstrates is that securing a swift trade deal with Australia has been placed above securing temperature commitments.

The UK government will argue that it has nevertheless secured a “win” on climate by referencing the Paris Agreement in the text of the treaty, the first time this has happened in an Australian trade deal.

The 11th hour change comes three months after Mr Johnson and Scott Morrison, his Australian counterpart, announced they had come to an in-principle agreement over a trade deal.

Both the Australian and UK government played down the significance of the leaked email, which reveals ministers agreed to drop specific climate change temperature targets.

However Sky News talked to a leading Australian politician who made clear that this was an important red line to secure a deal.

Matt Cavanan, the Queensland senator and a former resources minister in the Australian government, said it was right the UK had dropped the requirement from the deal.

“We have always separated our trade policy settings from the domestic policy concerns or priorities of other countries,” he said.

“That’s for them to decide and we’ve always respected other countries to do that.

“I welcome the fact the UK is recognising we are no longer a colony of the UK. The UK does not get to decide what policies are put in place here in Australia.”

Mr Cavanan made clear his scepticism about the Paris Agreement.

“Keep in mind the Paris Agreement is non-binding, it’s not law, it did not go through the US Senate,” he added.

“It was not considered a treaty – it’s an aspirational agreement a bunch of countries signed up to. There was no law that passed through the Australian parliament to give effect to Paris targets.

“I didn’t go to Paris commitment negotiations, I am not going to Glasgow later this year, I won’t be bound by anything discussed at those conferences, I represent the people who vote me in to the Australian parliament.

“Those are the views I resect and am committed to as a senator.”

The email comes from a senior official, a deputy director, in the “trade secretariat” part of the Cabinet Office.

He writes: “As flagged in my note to Lord Frost, the business and trade secretaries were due to speak yesterday.

“We haven’t yet seen the formal read out, but we understand the conversation took place and the business secretary has agreed that, in order to get the Australia FTA over the line, DIT can drop both of the climate asks (ie on precedence of Multilateral Environmental Agreements over FTA provisions and a reference to Paris Agreement temperature goals).”

One member of the government’s Strategic Trade Advisory Group, Matthew Kilcoyne, said the change was only for Australian domestic political reasons.

“So it’s the first time actually that Australia has ever signed up to an agreement of the Paris Agreement in an international trade treaty, and it proves actually that the UK government is holding them to account.

“And we know that the UK government wants to go further than that, because that’s why they’re holding COP26 in Glasgow in a few months’ time – it is really quite an important document mentioning Paris in the first place.

“The fact that it doesn’t mention 1.5, it really is neither here nor there.”

And the Emmy goes to… the Brits! Huge night for UK stars as The Crown cleans up
AeroGarden Farm 12 XL sustainably grows fruits + veggies at $250 off, more in New Green Deals
Boris Johnson says it will be ‘tough’ to meet climate finance targets ahead of COP26
Apple claimed it had less than 20 million TV+ subscribers in July, showbiz union says
R Kelly’s lawyer compares him to Martin Luther King in closing arguments of sex abuse trial