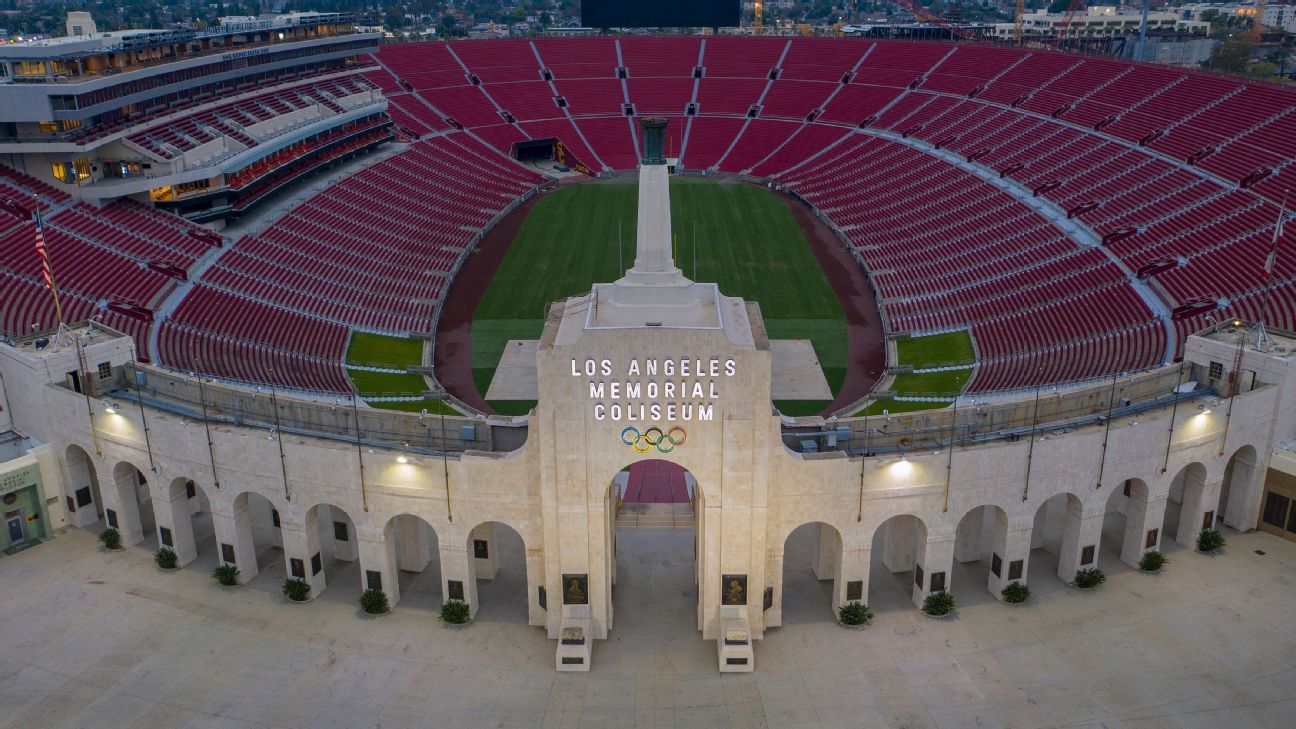 CHARLOTTE, N.C. — NASCAR will open the 2022 season inside the Los Angeles Memorial Coliseum in one of the biggest shake-ups to its schedule in years.

The annual exhibition the Clash, held at Daytona International Speedway since 1979, will shift to Los Angeles next year. The invitation-only race was always the kickoff to competitive NASCAR racing and held the week before the season-opening Daytona 500.

The 2022 race will be held Feb. 6, one week before the Super Bowl and two weeks before the Daytona 500. The race will be inside the stadium on a temporary, quarter-mile, asphalt track. The historic Coliseum is home of the University of Southern California football team and seats 77,500.

The announcement made Tuesday night on Fox Sports precedes the release of the full 2022 schedule.

“Los Angeles is synonymous with major sports and entertainment events, so we seized an innovative opportunity to showcase NASCAR at the Los Angeles Memorial Coliseum,” said Ben Kennedy, NASCAR senior vice president of strategy and innovation. “We’re thrilled to have the opportunity to take center stage in this market as we get our 2022 season underway.”

NASCAR has run inside stadiums before, including regional events at Bowman Gray Stadium in Winston-Salem, North Carolina, and a Cup race at Soldier Field in Chicago in 1956.

Eligibility for the Clash has not been announced, but the drivers will be using the Next Gen cars that are set to debut in 2022.

NASCAR will return to the Los Angeles area after the Clash for its traditional stop at Auto Club Speedway. NASCAR did not race in Los Angeles in 2021 because of the pandemic.