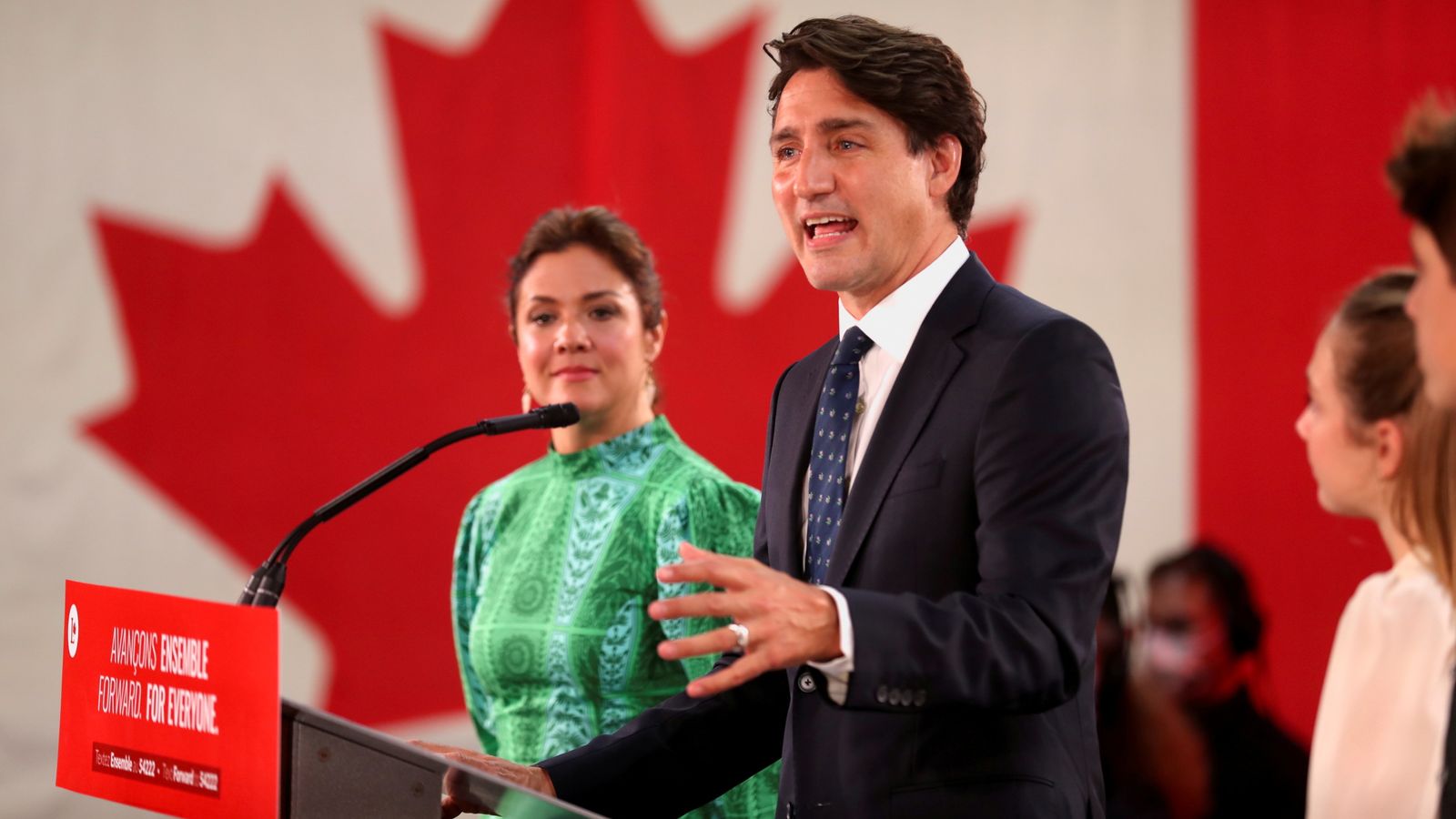 Justin Trudeau has won a third term as Canada’s prime minister, but his early election gamble to win a majority of seats failed.

The Liberals won the most seats of any party, taking hold of 157 – the same number they won in 2019, and 13 short of the 170 needed for a majority in the House of Commons.

It means Mr Trudeau, 49, and his second consecutive minority government will have to rely on other parties to govern.

Early results indicated the Conservatives had 121 seats, the same number they won in 2019. The leftist New Democrats won 29, the Quebec-based Bloc Québécois were down three seats to 28, and the Greens remained at two seats.

But Mr Trudeau’s party failed to win enough seats to avoid having to rely on help from other parties to pass legislation.

Following his victory, he thanked his supporters and promised he would work with other parties for the good of all Canadians.

“You are sending us back to work with a clear mandate to get Canada through this pandemic and to the brighter days ahead,” he said.

He also highlighted the issues important to his party’s platform – climate action, affordable homes and childcare, pledging to continue to work on them.

“You have given this government and this parliament clear direction,” he added.

The Canadian leader had entered the election leading a stable minority government that was not under threat of being toppled.

As a result, the opposition relentlessly accused him of calling an unnecessary early vote – two years before the deadline – for his own personal ambition.

Daniel Béland, a political science professor at McGill University in Montreal, said Mr Trudeau “lost his gamble to get a majority so I would say this is a bittersweet victory for him”.

Nelson Wiseman, a political science professor at the University of Toronto, said “hubris led Trudeau to call the election”.

“He and the Liberals won the election but lost the prize they were seeking. This is only a great night for the Liberals because two weeks ago it appeared they would lose government outright something they could not fathom before they gambled on an election,” he said.

Mr Trudeau believed Canadians didn’t want a Conservative government during a pandemic with their scepticism surrounding lockdowns and vaccine mandates, which he argued would be dangerous, and said people needed a government that followed science.

His government has spent hundreds of billions of dollars to support the economy through lockdowns and Canada is now one of the most vaccinated countries in the world.

He also supports the jab becoming mandatory for Canadians to travel by air or rail, something the Conservatives oppose.

Mr O’Toole has not required his party’s candidates to be vaccinated and has not said how many were unvaccinated.

The 48-year-old military veteran, also believes getting the vaccine is a personal health decision, despite a growing number of vaccinated Canadians becoming upset with those who refuse to get vaccinated.

“Our support has grown, it’s grown across the country, but clearly there is more work for us to do to earn the trust of Canadians,” he told his supporters.