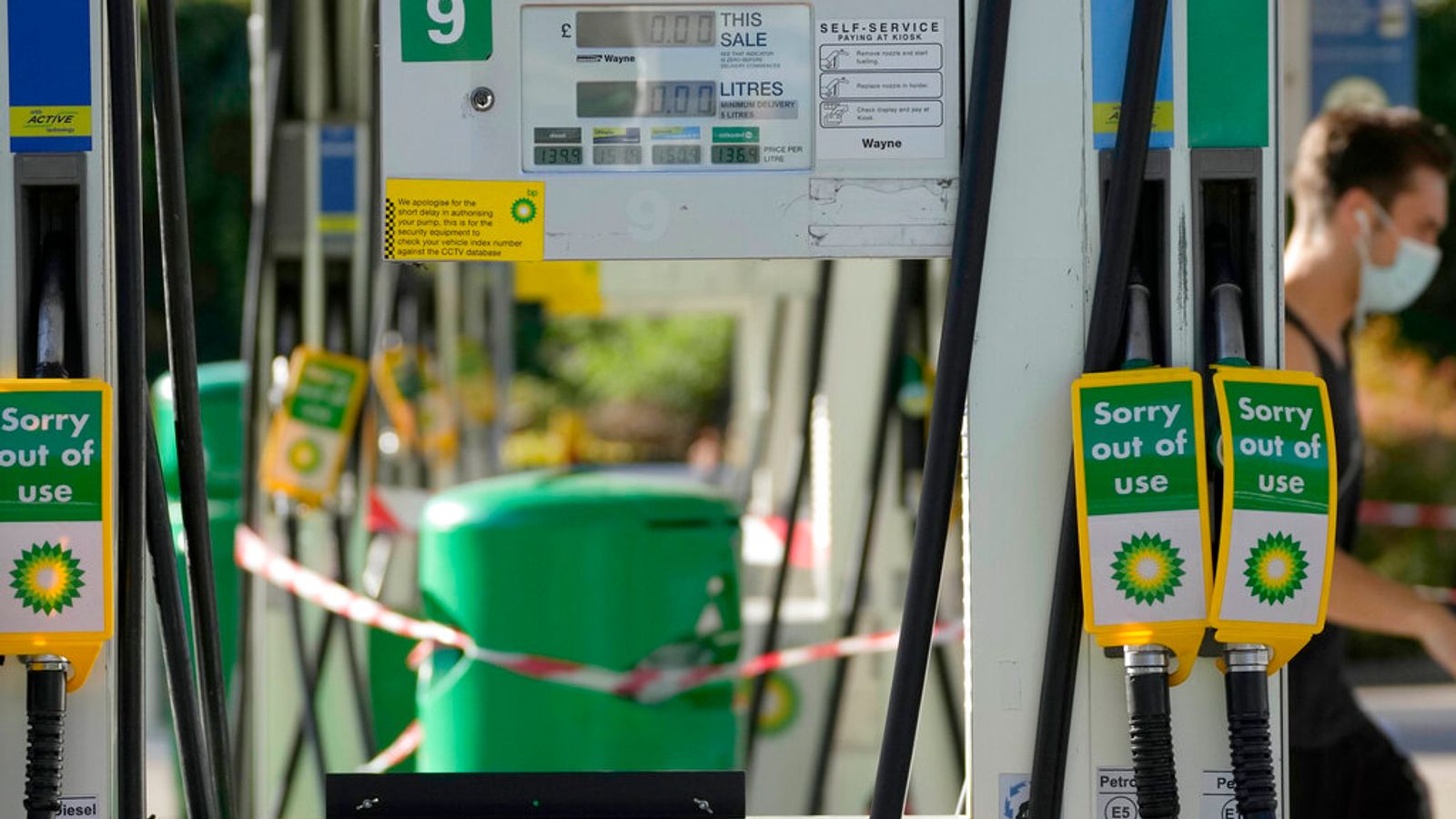 The fuel crisis is “back under control” as more is now being delivered to petrol stations than is being sold, a minister has told Sky News.

After days of long queues at petrol stations and with many running out of fuel, Simon Clarke, chief secretary to the Treasury, said the main message today is “there is enough fuel”.

He told Sky News’ Kay Burley: “That crisis is now absolutely something which is back under control.

“More fuel is now being delivered to petrol stations than sold, we’re confident the commercial market can resolve this.”

At the weekend, he said 60% of petrol stations were out of fuel, but as of Wednesday, that was down to 27% and that situation “will continue to improve”.

He confirmed 150 army drivers are still on standby to drive lorries if needed as the shortage has been caused by a lack of HGV drivers, but so far they have not been used.

“The most important message is the resilience of the fuel supply chain is improving,” Mr Clarke said.

“If people just shop normally, this will correct itself.”

Mr Clarke said there are now 4,000 provisional HGV licence applications in the system and the government is trying to bring the processing time down to below five days to help the driver shortage.

“We are working flat out to make sure we train more drivers, we’re increasing testing, so we can make sure they pass their test,” he added.

Despite just over a quarter of fuel stations being out of fuel, according to a survey by the Petrol Retailers Association (PRA), motorists continue to say there is not enough fuel. 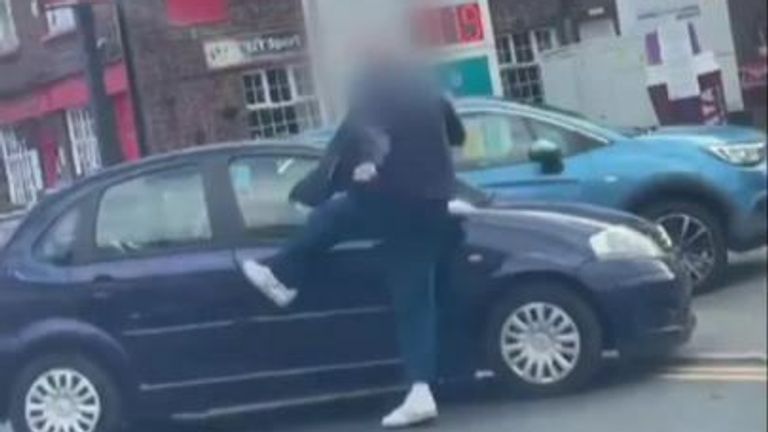 Some roads around London have become gridlocked as drivers hunted for fuel, with some filling up water bottles and reports of violence.

PRA executive director Gordon Balmer said forecourt staff were being subjected to a “high level” of physical and verbal abuse from frustrated drivers.

Video footage emerged of a man wielding a knife at other drivers as tempers boiled over during long waits for fuel.

Salman Rushdie ‘off ventilator and able to talk’ after stabbing
Voyager customer lost $1 million saved over 24 years and is one of many now desperate to recoup funds
Salman Rushdie is on a ventilator and may lose eye after he was stabbed on stage, says agent
Palestinian president sparks fury after accusing Israel of ’50 Holocausts’
Who is the suspect in Salman Rushdie attack? What we know so far