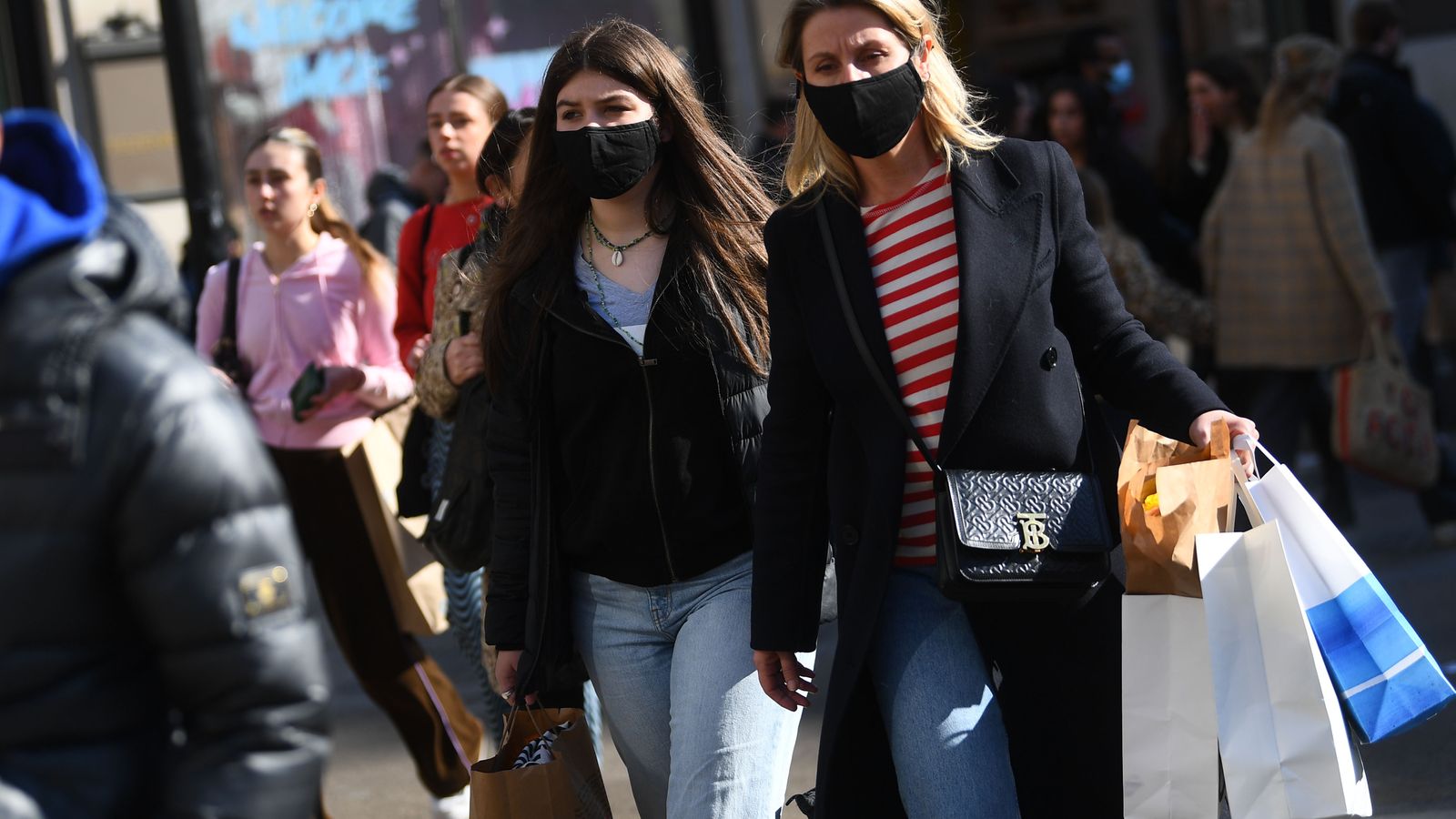 The UK economy grew more strongly than previously thought in the second quarter as consumers curbed their savings to fuel a spending splurge.

Gross domestic product (GDP) increased by 5.5% in the April-June period, according to the Office for National Statistics (ONS), which had initially estimated growth of 4.8%.

It means that by the middle of this year, Britain was closer to recovering the ground lost as a result of the coronavirus crisis.

The ONS now thinks that by the second quarter, GDP was 3.3% below where it was at the end of 2019, having previously estimated a 4.4% shortfall.

More recent figures suggest that the recovery has since experienced a sharp slowdown after supply chain issues such as a lack of 100,000 HGV drivers and global chip shortages, as well as the “pingdemic” forcing workers to isolate, took their toll.

But the second quarter was boosted by a 7.9% rebound in household spending after the economy reopened in the spring, which represented four percentage points out of the 5.5% growth figure.

The household saving ratio fell sharply to 11.7%, down from 18.4% in the first quarter, which was the second highest on record.

Ryvid Anthem launched as lower cost 75 MPH electric motorcycle in the US
Britney Spears’ ex-husband convicted of ‘crashing’ her wedding
Weird Alibaba: This $3,200 electric truck might be the next Chinese EV I need to buy
Tottenham rescue draw at Chelsea
Revealed: The breadcrumb trail that identified the IS ‘Beatles’