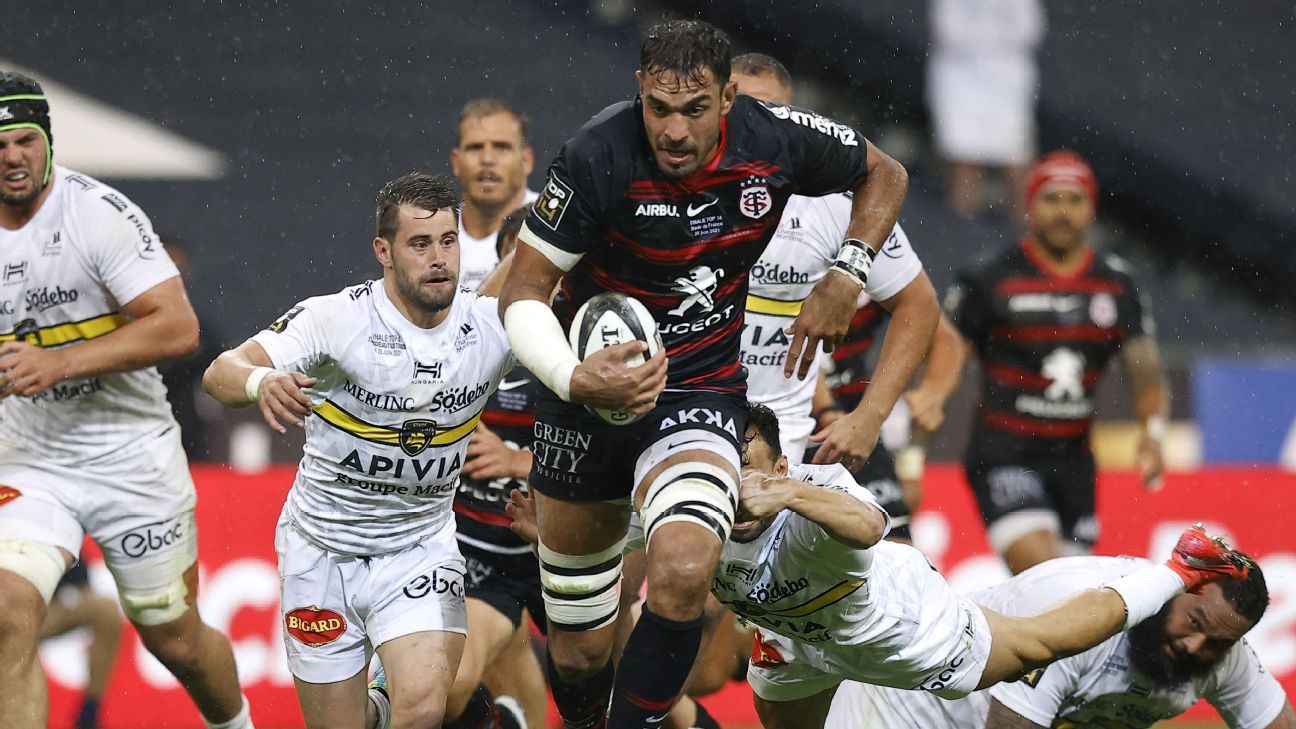 Wallabies coach Dave Rennie has confirmed the worst kept secret in Australian rugby, naming Will Skelton, Rory Arnold and Tolu Latu for the team’s spring tour of the United Kingdom.

Rennie on Friday unveiled a 37-man squad for the tour, which also includes a stopover in Japan that the European-based trio will not be part of.

The decision to include the three forwards among the touring contingent is another step in the ever loosening Giteau Law guidelines, but which are currently under review by Rugby Australia.

Skelton hasn’t played for the Wallabies since 2016 while Arnold and Latu both bid farewell to Super Rugby, and at that point their Test careers, following the 2019 Rugby World Cup in Japan.

“Firstly we’re extremely grateful to be able to represent Australia on the world stage in the current environment and that’s something that’s not lost on this group,” Rennie said via media release.

“We’ve been building as a squad over the past 18 months or so and to get a chance to head to the Northern Hemisphere and test ourselves against four really strong International sides is a great opportunity to learn more about ourselves.

“To have a few experienced players from overseas join us will no doubt help our development as we continue to grow and improve as a team, while those back here in Australia will get a decent offseason to make the necessary shifts in their games to excel at Test level.”

Waratahs centre Izaia Perese and Brumbies hooker Connal McInerney are the two Australian-based additions to the squad that contested the Bledisloe Cup and Rugby Championship.

Perese was set to be included in the Wallabies squad for the July series against France, but he suffered a shoulder injury in the closing round of Super Rugby Trans-Tasman, which has kept him out of action ever since.

The hard-running centre has been training with the Waratahs over the past few months, telling ESPN early last month of his hopes to be fit for the spring tour.

McInerney, meanwhile, is the latest of a string of hookers Rennie has considered as he seeks to find the right man for the key front-row role. He joins Folau Fainga’a, Feleti Kaitu’u and Latu as the hooker options for the four-Test tour.

But there is no place for either Reds No. 8 Harry Wilson or Brumbies fly-half Noah Lolesio, with both youngsters deemed to be better served by a full preseason with their Super Rugby clubs.

Wilson wasn’t sighted at all through the Bledisloe or Rugby Championship campaign, but Lolesio had started all three Tests against France, so too the All Blacks, before he was replaced by Quade Cooper.

The Wallabies’ Test against the Brave Blossoms is on Oct. 23, before they then travel north to face Scotland [Nov. 6], England [Nov. 13] and Wales [Nov. 20] in Edinburgh, London and Cardiff respectively.

Australia are currently riding a four-match winning streak after closing out the Rugby Championship with back-to-back victories over both South Africa and Argentina.