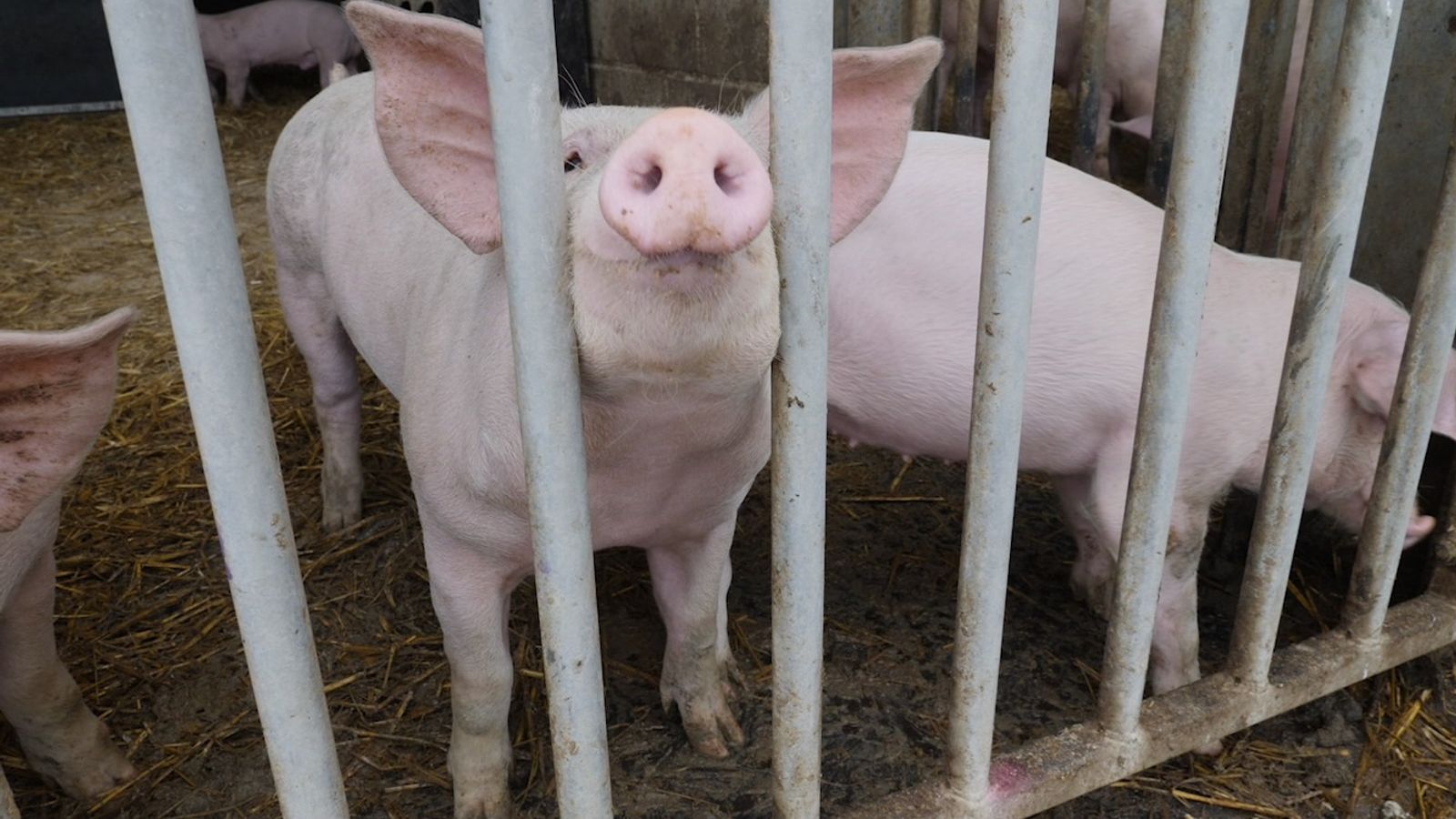 A pig farmer who fears he may have to destroy 80 animals a week due to a shortage of butchers says the army may need to be called in to help.

Stephen Thompson, who keeps 2,000 pigs at Povey Farm in Norton, Derbyshire, described the situation facing the industry as “the biggest waste and mess caused by a government ever in agriculture” – and said it was “far worse” than foot and mouth disease.

Mr Thompson, 60, is contracted to supply high welfare pork to a supermarket, but said due to a shortage of abattoir workers and butchers brought on by COVID-19 and Brexit, the animals may not be taken this week.

“We are getting within a week to 10 days of running out of space completely if the pigs don’t go this week”, he said.

“We can’t just keep pushing pigs in a pen, the welfare of a pig comes first, and they’ll start fighting… so they’ll have to be shot, disposed of and wasted.

“The only way I can see we can deal with this is to get the army involved with disposal, with killing, and army vets as well, because the army does have vets, and we’ll have to call them in to help”.

Mr Thompson said that farmers could only shoot animals for welfare reasons, and so they would need to bring in a slaughterer and vet to carry out a cull.

“I know slaughtermen have been booked to go into East Anglia next week for 4,000 pigs and that’s just the start of this, the mental anguish and toll on farming families is just going to be horrendous,” he said.

“It’s going to be soul-breaking, it’s not right, it’s not financial, we’ll weather that, as we have through the pandemic. It’s the emotion – it’s the thought of not being wanted by the government.”

Mr Thompson said that if labour shortages weren’t addressed, every pig farmer in the UK would be facing a problem, and 12,000 pigs a week could be destroyed.

He said that if pigs get too big, they are worth less, citing the example of a pork chop from an overweight pig being too large to fit into a supermarket tray.

“A farmer can lose £40 a pig when it goes overweight, a third of its value is written off,” he said.

Mr Thompson also warned that the crisis would have an impact at Christmas.

“There’ll be no pigs in blankets,” he said. “It’s such a waste: we’ve got food poverty, food banks, and to be burning pork… there’ll be hundreds of thousands of gallons of diesel just to burn it.

“All we’re asking is just to get some licenses to get slaughterman here, so the pigs can be used.”

A government spokesperson said: “We understand the challenges that the pig industry has faced in recent months because of the COVID-19 pandemic, labour shortages, accessing CO2 supplies, and reduction in exports to the Chinese market.

“We are keeping the market situation under close review and working closely with the sector during this time.”