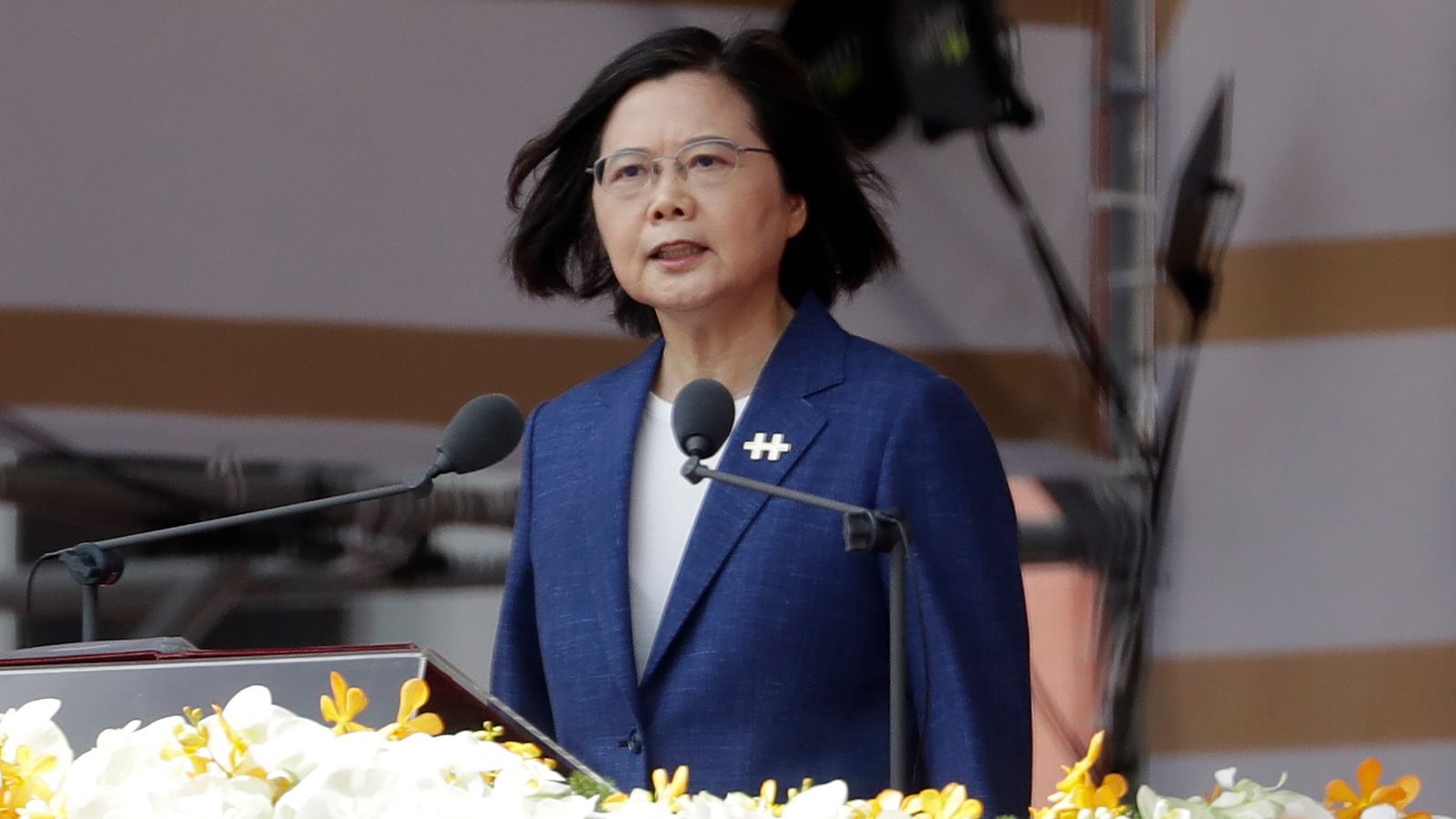 The president of Taiwan has vowed to do her “utmost” to defend her country from Chinese claims on its territory.

Following increasing tensions with Beijing, Tsai Ing-wen said defences would be bolstered to “demonstrate our determination to defend ourselves”.

Although the island has ruled itself since it split from the Communist-ruled mainland in 1949, following a long civil war, China claims it as part of its national territory and wants reunification.

Speaking during National Day celebrations on Sunday, Ms Tsai said: “We will do our utmost to prevent the status quo from being unilaterally altered.

“The path that China has laid out offers neither a free and democratic way of life for Taiwan, nor sovereignty for our 23 million people.”

There has been global concern after China sent a record-breaking number of fighter jets towards international airspace close to Taiwan.

In the face of apparent threats, Taiwan has strengthened its unofficial ties with Japan, Australia, and the US, amid warnings China could be capable of a “full-scale” invasion by 2025.

Ms Tsai said her country would not “act rashly”, but added: “There should be absolutely no illusions that the Taiwanese people will bow to pressure.”

She also repeated an offer to talk to China on the basis of parity.

Beijing, however, said Ms Tsai’s speech had “incited confrontation” and insisted the two countries must be “reunified”.

“The independence provocation by the Democratic Progressive Party (Tsai’s ruling party) authorities is the source of tension and turbulence in cross-strait relations and the greatest threat to peace and stability across the Taiwan Strait.”

On Saturday, Chinese leader Xi Jinping said reunification with Taiwan “must be realised”, adding that it could be done peacefully.

But surveys show the Taiwanese people are overwhelmingly in favour of the status quo.

Self-confessed Pokemon obsessive Ed Sheeran teams up with gaming franchise for new single
Briton held in Ukraine used as ‘punching bag’ over days of torture
Interest rate raised by half a point to 2.25%, the highest level since 2008
NASA spacecraft to crash into asteroid in test mission for future threats to Earth
Truss has condemned ‘desperate’ Putin’s ‘catastrophic failure’ in UN speech