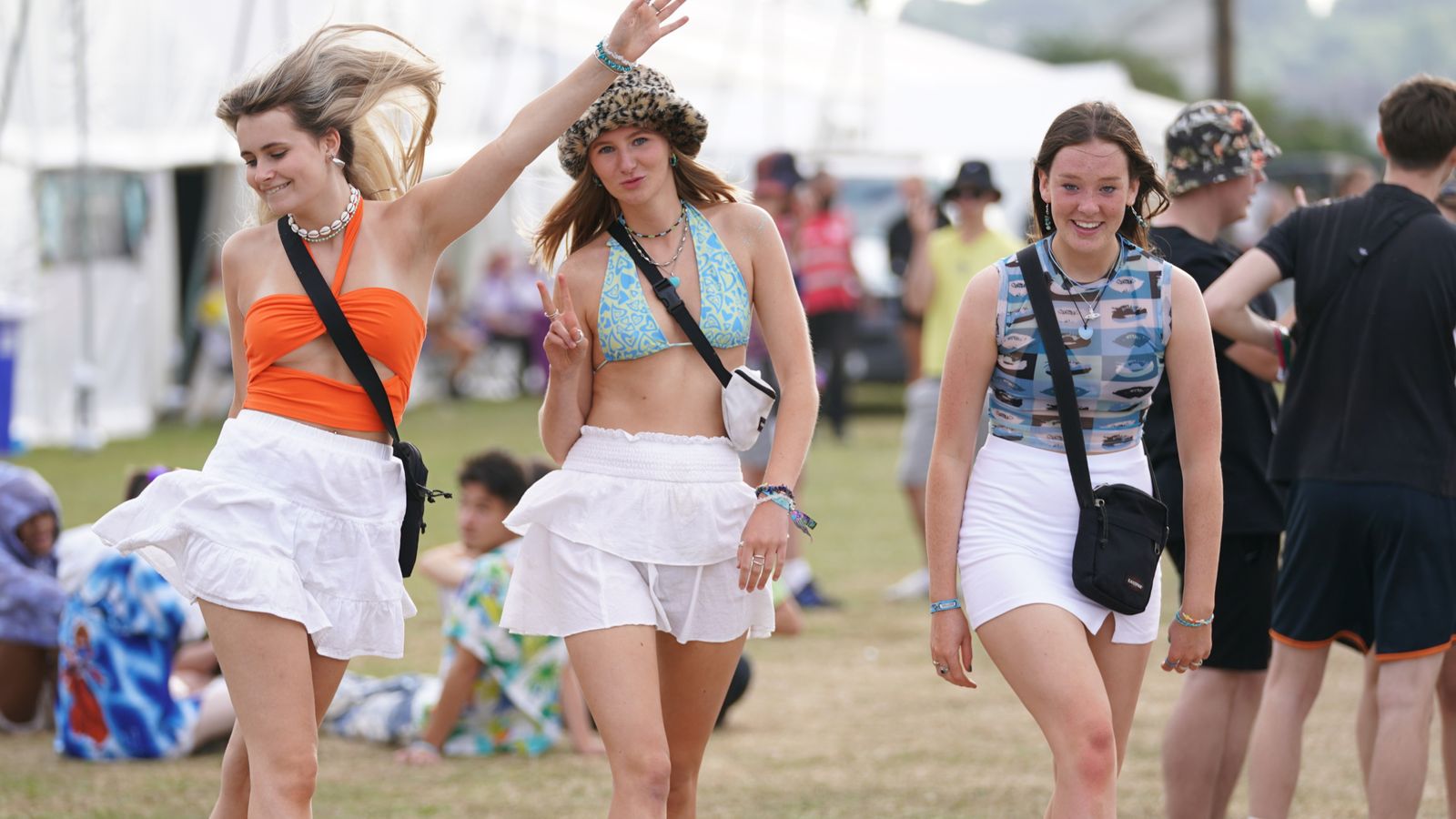 UK economic growth picked up in August as bars, restaurants and festivals benefited from a first full month without COVID restrictions in England, official figures show.

Gross domestic product (GDP) increased by 0.4% month-on-month, according to the Office for National Statistics (ONS) – slightly below experts’ average forecast of 0.5% growth.

However the report also pointed to a setback for the previous month, with July GDP, initially estimated to have shown a small 0.1% increase, now believed to have seen a 0.1% decline.

That was after revisions to data from sectors including car manufacturing – an industry which has been badly hit by the global shortage of semiconductor chips.

Overall it meant that GDP in August was 0.8% below the pre-pandemic levels of February 2020, the ONS said.

Darren Morgan, ONS director of economic statistics, said: “The economy picked up in August as bars, restaurants and festivals benefited from the first full month without COVID-19 restrictions in England.

“This was offset by falls in health activity with fewer people visiting GPs and less testing and tracing.

“However, later and slightly weaker data from a number of industries now mean we estimate the economy fell a little overall in July.”

The ONS figures showed a mixed picture for different parts of the economy in August.

Within the services sector – which makes up four-fifths of output – it was hotels and restaurants together with arts, entertainment and recreation that led the way though retailers saw a decline.

There was also a pick-up for crude oil and natural gas after a recent closure of oil field production sites for planned maintenance. But the construction sector shrank.

Kitty Ussher, chief economist at the Institute of Directors, said: “August was a strong month for the UK economy, with the easing of restrictions and staycation boom causing a welcome growth in the service sector when compared with the previous month.

“Retail sales, however, were more muted but this could have been due to a higher proportion of disposable income being spent instead on going out over the summer.

“While the construction sector appears to have been affected by supply shortages, elsewhere in the economy there are signs that previous bottlenecks are able to self-correct to a certain extent.”

Paul Dales, chief UK economist at Capital Economics, said that for the third quarter from July-September, growth may have fallen short of the Bank of England’s forecast – suggesting this could dampen prospects for an interest rate hike.