Despite COVID curbs hindering celebrations, street parties and gatherings are still taking place across the globe as each country rings in the New Year.

New Year’s Eve plans have largely been muted or cancelled for the second straight year due to a surge in coronavirus infections – this time driven by the highly contagious Omicron variant.

However, many nations are making the best of it and going ahead with extravagant fireworks displays and celebrations.

Here’s a snapshot from around the world. 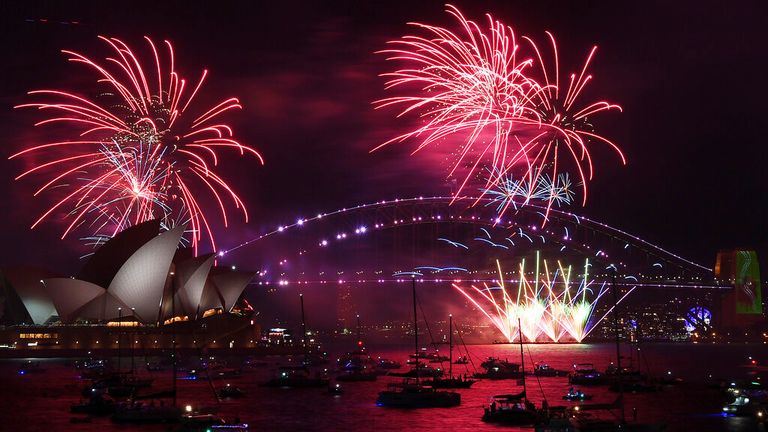 Australia counts down to 2022


Sydney erupted at the stroke of midnight as Australia celebrated the start of 2022 with six tonnes of fireworks – making for a breath-taking extravaganza over the Sydney Opera House and Harbour Bridge.

The event had fewer spectators than usual and most viewing areas were capped by the council and required tickets.

Last year, before mass vaccination, spectators were banned, but this time people were urged to wear masks where they could not properly distance.

In New Zealand, where there hasn’t been any community spread of the Omicron coronavirus variant, authorities called off several fireworks displays as a precautionary measure, including a popular one from atop Auckland’s Sky Tower.

Auckland instead rang in the New Year with a light display projected onto the tower and other city landmarks. 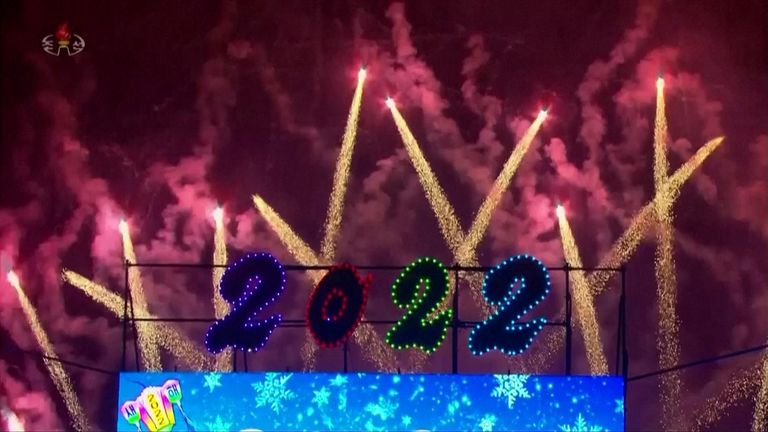 NYE in Pyongyang and Hong Kong

Hundreds of people have gathered in the North Korean capital Pyongyang to watch a fireworks display to welcome in the New Year.

Footage shows people wearing masks to watch the display near the Taedong River, which cuts through central Pyongyang. 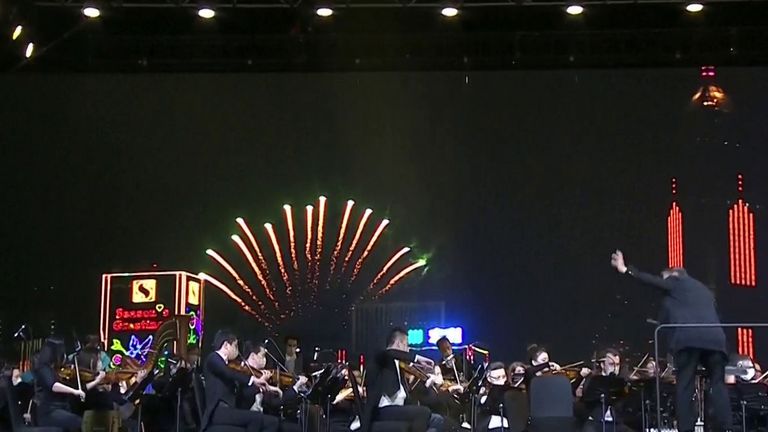 Hong Kong earlier welcomed 2022 with a fireworks bonanza, which was given a dramatic backdrop by a live orchestra.

The concert was the first New Year’s Eve event held since 2018, after events were cancelled in 2019 due to political conflict and last year because of the pandemic.

In mainland China, the Shanghai government called off events including an annual light show along the Huangpu River in the city centre that usually draws hundreds of thousands of spectators.

But thousands of people gathered in Shanghai to celebrate the New Year, with photographs from near the Bund – a waterfront promenade in the city – show revellers standing together, close to a skyscraper lit up with “2022”.

The Southeast Asian country held an impressive fireworks display this evening as it ushered in 2022, with authorities allowing New Year’s Eve parties and fireworks displays to continue, albeit with strict safety measures.

But New Year’s Eve prayers, which are usually held in Buddhist temples around the country, have been held online instead.

In Bangkok, fireworks exploded over the Chao Phraya River, while further festivities took place in Phuket, Pattaya and Koh Phangan.

Revellers in Tokyo were photographed ringing in the New Year this evening, as several countries around the world celebrated 2022 with impressive fireworks displays.

Thousands of people gathered at the Shibuya crossing at midnight, despite the annual countdown celebration having been cancelled due to COVID.

A pre-recorded video of this year’s bell-ringing ceremony was instead broadcast online and on television, officials said.

The ceremony has been known to attract tens of thousands of people in previous years – and it was cancelled last year for the first time since its first ceremony in 1953.

South Korea is also closing many beaches and other tourist attractions along the east coast, which usually draws crowds of people hoping to catch the year’s first sunrise.

Celebrations are going ahead with limited numbers in Kolkata, West Bengal, but many clubs have opted to cancel events in the face of the Omicron variant.