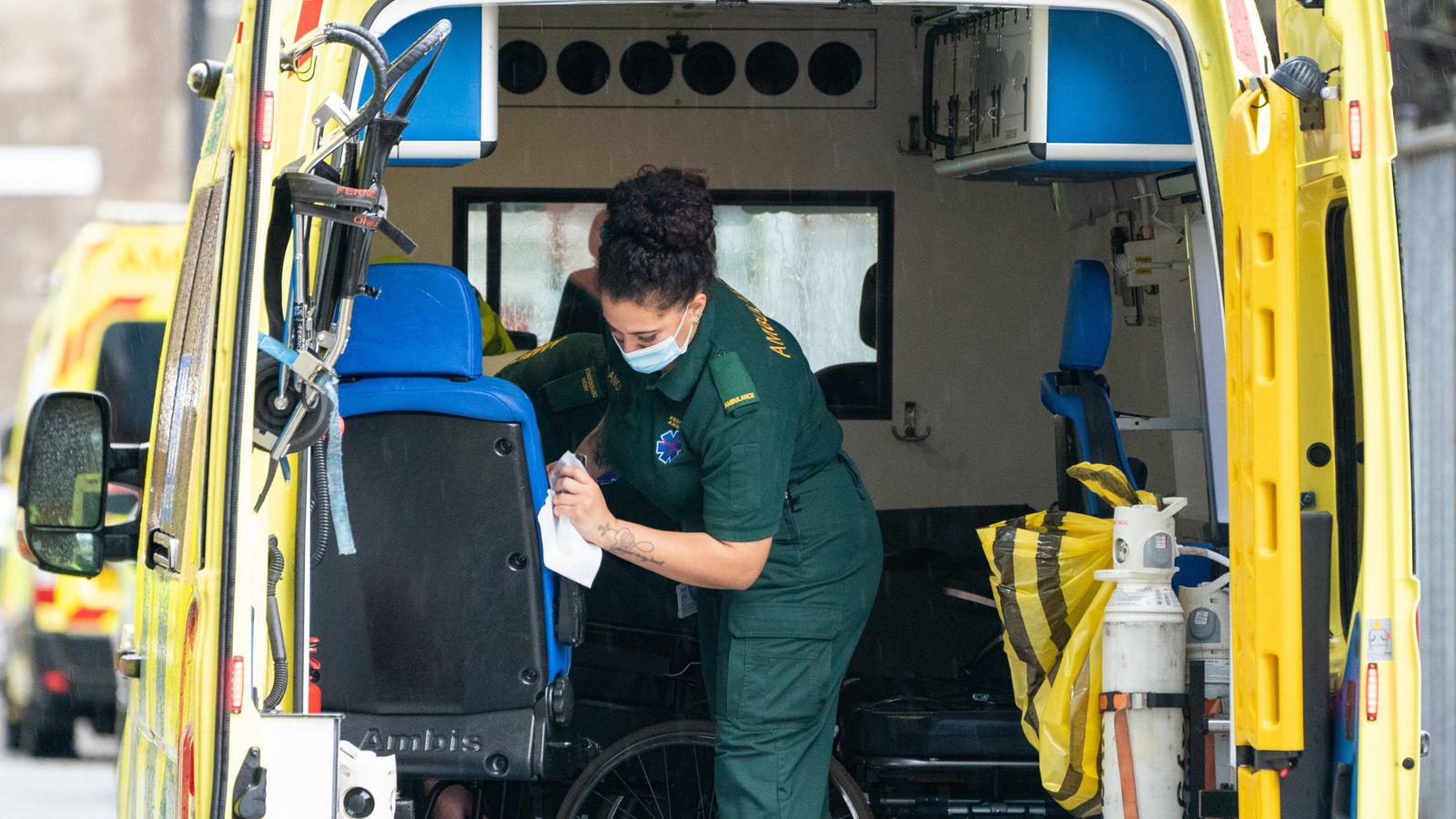 The epicentre of the current COVID outbreak has moved from London to the North West of England and more older people are being admitted to hospital, new data reveals.

The UK Health Security Agency’s (UKHSA) latest surveillance report also shows that the uptake of booster jabs is slowing in every age group.

Rates in the over-70s have almost levelled off at around 90%, while only a quarter of those under 30 have had the top-up jab.

It is not clear whether this is because of Christmas or if it is the start of a new trend.

There has been a steep rise in the number of over 85s being admitted to hospital – something that will concern hospital bosses.

Rates in younger people were lower and rising more slowly.

The figures suggest the surge, which began in young people, has moved up the generations to affect those more vulnerable to serious disease.

The whole of the North West is reporting high numbers of infections, including the Lake District and the area immediately south of there, containing Liverpool and Greater Manchester.

There are also lots of cases in parts of the North East and in northeast London.

Lincolnshire and much of East Anglia are faring well in comparison, as are South Wales and much of the south of England.

The worst-affected areas in London are the south and the east.