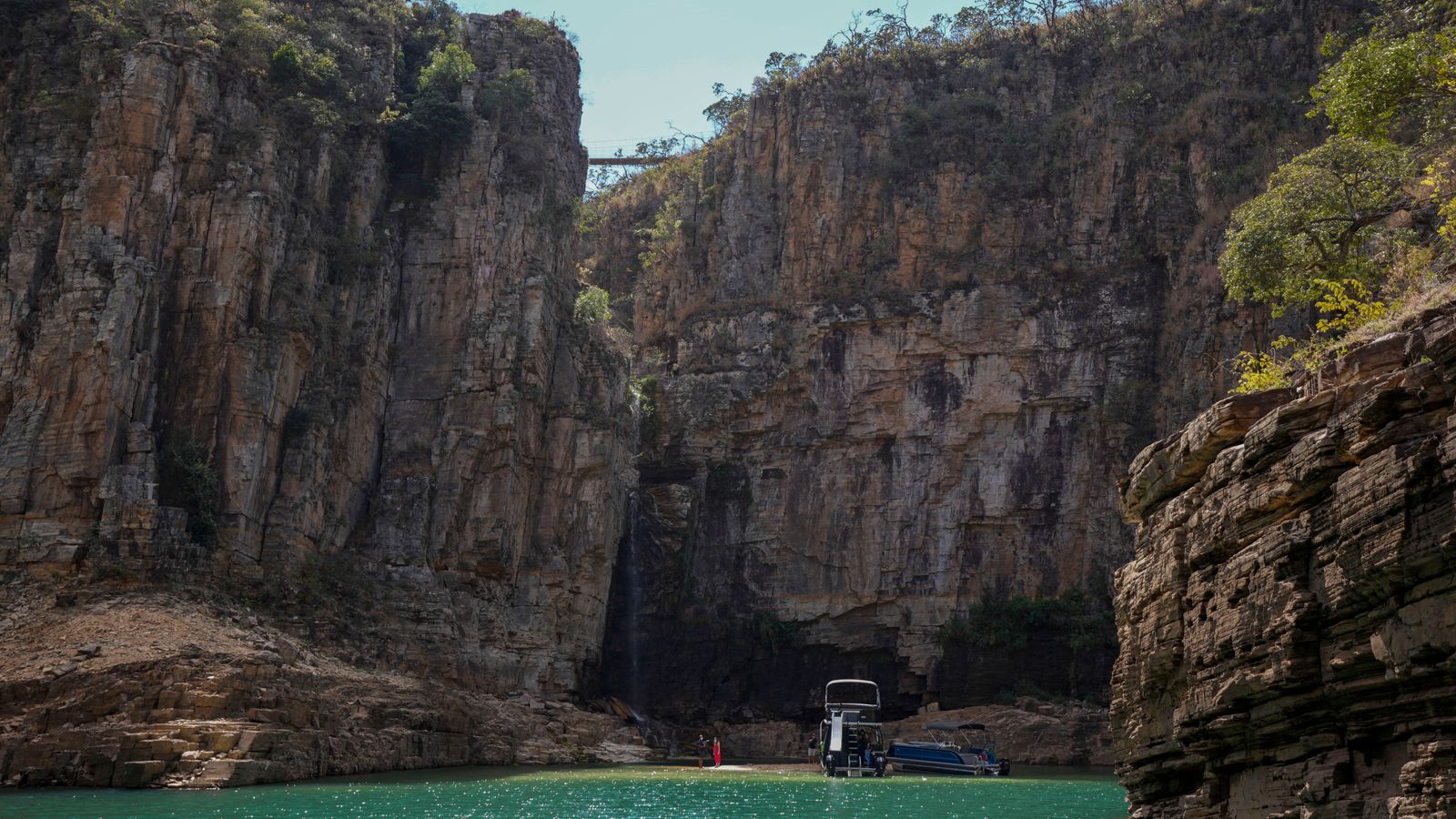 Seven people have died after a slab of rock broke off a cliff and crashed onto pleasure boaters near a waterfall in Brazil.

Three people are still missing, and nine were seriously injured in the freak accident which took place between the towns of Sao Jose da Barra and Capitolio.

Edgard Estevo, commander of the Minas Gerais State Fire Department, said officials are working to identify those who are missing.

Video footage shared online showed a gathering of small boats moving near the sheer rock face on Furnas Lake when a fissure appeared and a huge piece toppled onto at least two of the vessels.

Debris was sent flying towards the other boats.

Minas Gerais Governor Romeu Zema wrote on Twitter: “Rescue work is still ongoing. I stand in solidarity with the families at this difficult time. We will continue to act to provide the necessary support.”

The local fire department has deployed divers and helicopters to help locate the missing people.

Created in 1958 for the installation of a hydroelectric plant, the lake is a popular tourist draw in the area.

The wall may have come loose following heavy rains and flooding in the area, officials have suggested.

The Brazilian Navy, which has assisted in the rescue, said it would investigate the cause of the accident.

Even in the dry season, in some parts of the lake the movement is so intense that the boats have to take turns to navigate on the lake, said the City Hall press office.