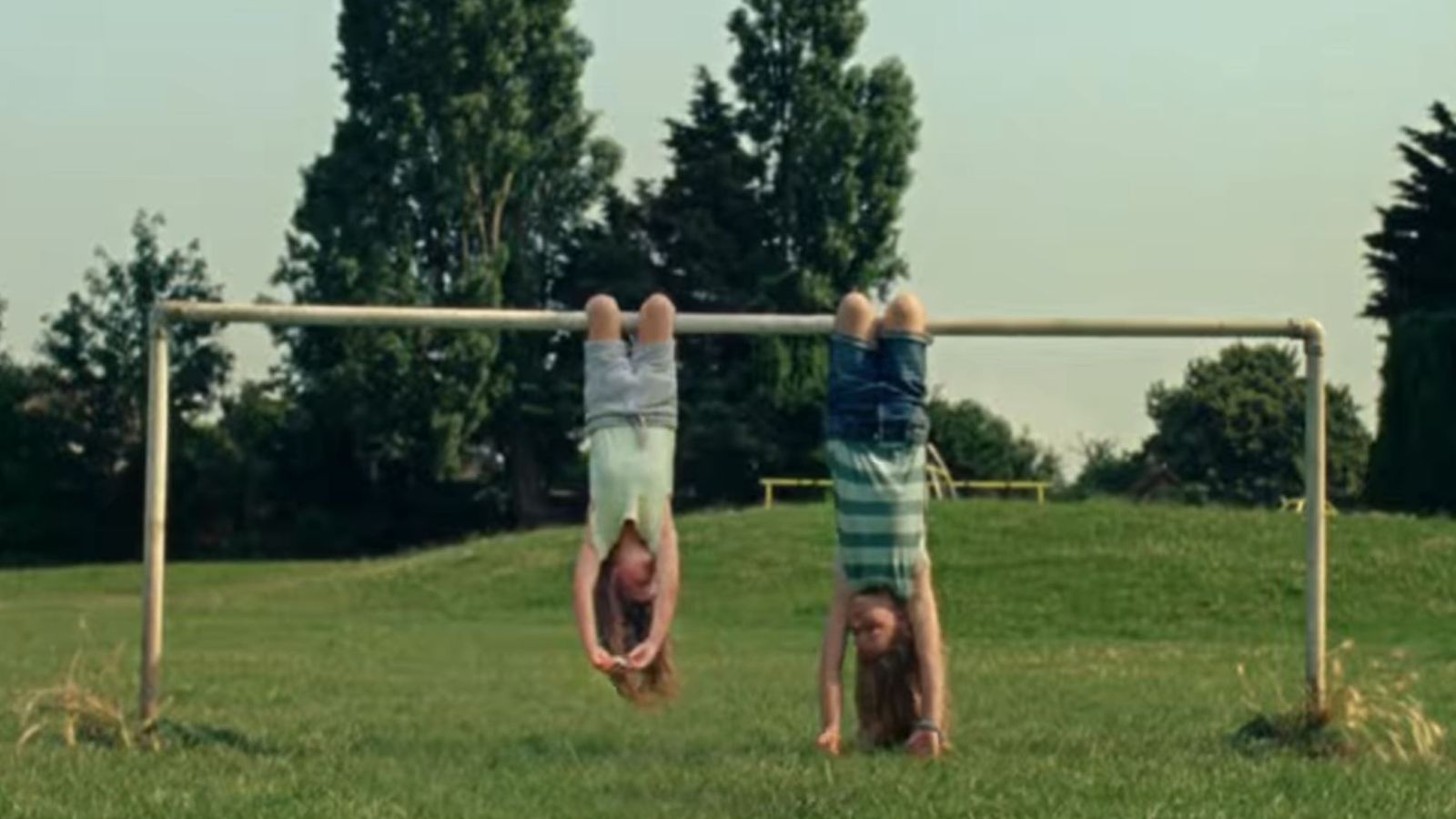 An advert that shows two girls hanging upside down while eating Dairylea cheese triangles has been banned after people complained it could encourage dangerous behaviour.

The video on demand ad, broadcast on ITV Hub, All 4 and My 5 in August, featured the pair hanging upside down from a football goal before one opened the cheese snack and ate it.

A total of 14 viewers complained that the advert condoned or encouraged unsafe behaviour that could be dangerous for children to emulate.

Dairylea owner Mondelez UK said the purpose of the commercial, which also showed two supervising adults in the background, was to depict parents allowing their children more freedom.

The firm referred to a study that they said supported their view that a person’s ability to swallow was not affected by the position they ate in, including when eating upside down.

Based on the research, and because Dairylea was a soft food, they said there was a very low risk of choking when eating upside down.

The advert had also been given an “ex-kids” scheduling restriction, but Mondelez said they were no longer running it and would remove references to eating upside down if they used it in future.

The Advertising Standards Authority (ASA) said it took advice from the Child Accident Prevention Trust, whose view was that the scenario depicted in the ad represented a situation where there was potentially a high risk of choking.

The ASA also noted said one complainant had claimed their three-year-old relative, after seeing the ad, ate their food while hanging upside down.

“We therefore considered that eating whilst upside down was an unsafe practice and one which could be dangerous for children to emulate,” the ASA said.

“We therefore concluded that a scheduling restriction was not sufficient to reduce the risk of harm and that the ad breached the Code.”

It came as two other adverts, for Lipton Ice Tea and Aqua Pura water, were banned for misleadingly claiming that the bottles were made from 100% recycled materials.

With both products, the claim did not apply to the cap or label.

Five other adverts that have been banned in recent years:

The YouTube advert, which opened with a model looking over her shoulder seductively while wearing black vinyl chaps-style knickers with her buttocks on display, was banned for being “overly sexualised”.

Another scene showed a model wearing a transparent mesh bodysuit and over-the-knee boots while lying on her side with her knee bent up and a neon bar between her legs.

Someone complained that the ad was overly sexualised and objectified women, saying it was offensive and irresponsible.

The Swedish bank was ordered not to repeat an Instagram campaign that “irresponsibly” encouraged customers to take on debt to cheer themselves up during the pandemic.

Four so-called influencers were paid by Klarna to encourage people to use the bank’s “buy now, pay later” services to purchase things that would “boost their mood”.

Despite claiming it was “tongue in cheek”, an Instagram ad by BrewDog which said “due to advertising regulations we cannot claim this drink is healthy” was also banned by the Advertising Standards Authority (ASA).

The ASA received five complaints that the social media post in January implied that the drink was healthy and used general health claims that were not permitted for alcoholic drinks.

Alpro was forbidden from continuing to use an advert for its almond milk after it was ruled it had made a misleading environmental claim.

The poster advertised a range of dairy-free milk alternatives that were seen on the side of a bus in October 2020 and read “Next stop. Your recipe to a healthier planet!” and “Good for the planet, Good for you!”

A complainant, who believes commercial almond farming causes environmental damage, challenged whether the claim “Good for the planet” was misleading and could be substantiated.

Adverts for British Gas were banned because the suggestion that emergency callouts were available to all customers at short notice was deemed to be misleading.

The ads about the HomeCare service generated 24 complaints from customers, although the firm pointed out they had been devised before the pandemic affected its response times.