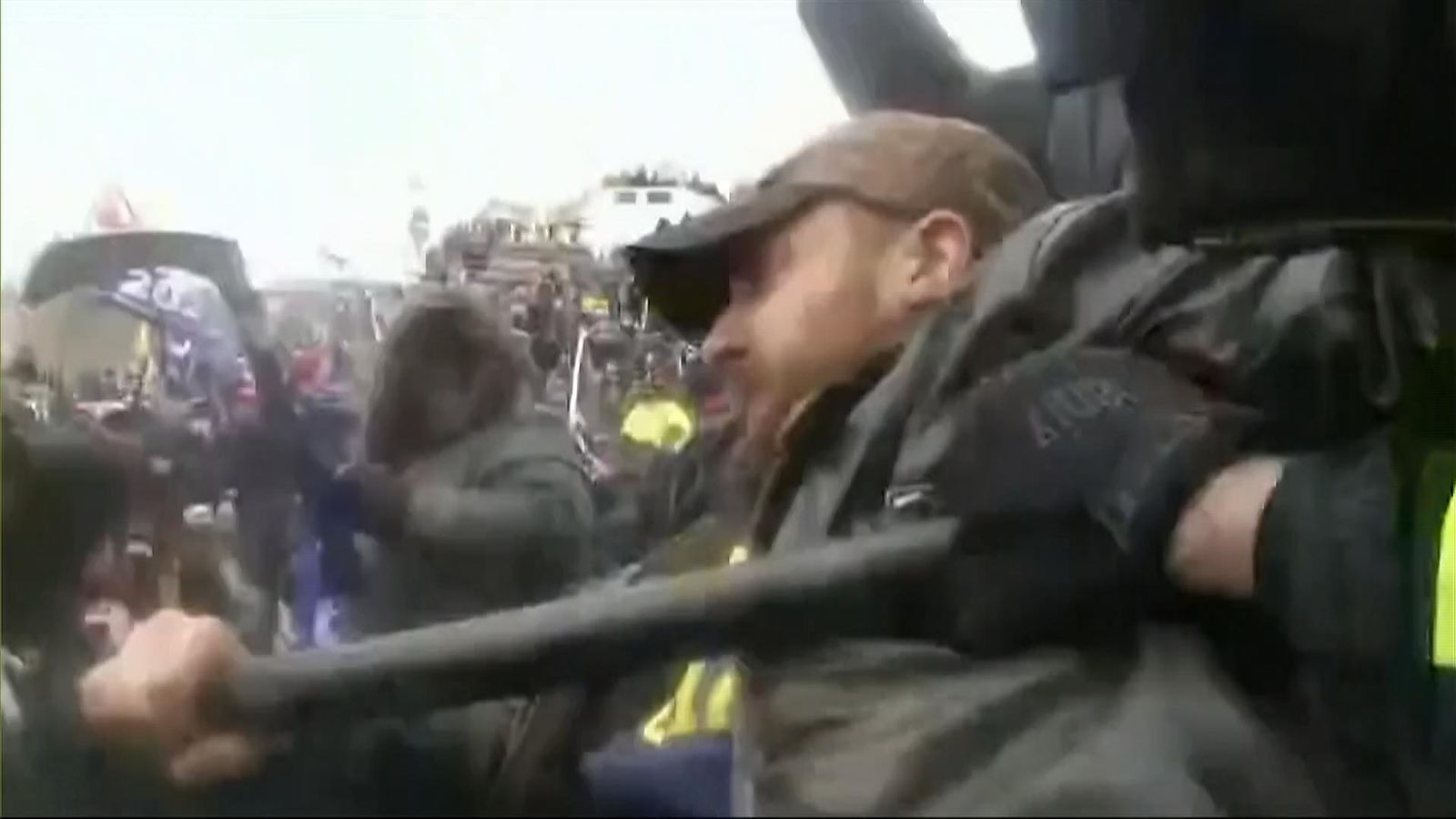 An investigation into the US Capitol riots has heard that close allies of former president Donald Trump – and even his daughter – rejected his false claims of election fraud, with one calling it “bulls**t”.

On the first of six days of public hearings before a House of Representatives select committee, a never-seen-before 12-minute graphic video of the insurrection was shown.

In it, rioters could be seen smashing their way into the Capitol building on Washington DC’s National Mall, following then-President Trump’s incendiary speech in which he repeated his claims he had been denied a second term due to voter fraud.

At the time the Capitol was in session, overseeing the congressional certification of Joe Biden’s win. Five people died and more than 100 police officers were injured in the chaos.

At one point there was an audible gasp when the committee was told that when Mr Trump heard the Capitol mob was chanting for Vice President Mike Pence to be hanged, he responded that maybe they were right, that he “deserves it.”

Mr Trump was angry Mr Pence, presiding in the House chamber, had refused his order to reject the certification of Mr Biden’s victory.

More on Us Capitol Riots

While the facts of the 6 January 2021 attack are well known, the committee is trying to put together the story of how it happened, to prevent a repeat.

Read more:
Far-right Proud Boys ex-boss faces up to 20 years in jail as he’s charged with plotting to overthrow US government
Trump will pardon Capitol rioters if he runs and wins in 2024

The made-for-TV hearings – shown on US network channels at prime time – included video of police officers being beaten and right-wing extremists leading the crowds into the iconic building.

Republican congresswoman Liz Cheney, the panel’s vice chair who took the lead for much of the hearing, said Mr Trump had “summoned a violent mob”.

“When a president fails to take the steps necessary to preserve our union – or worse, causes a constitutional crisis – we’re in a moment of maximum danger for our republic.”

The committee’s probe came as some have tried to downplay the violence.

“We can’t sweep what happened under the rug,” said Bennie Thompson, the chairman of the committee, “the American people deserve answers.”

He described the attack as an “attempted coup” that put “two and half centuries of constitutional democracy at risk”.

“I respect Attorney General Barr. So I accepted what he was saying,” Ivanka Trump said in her videotaped statement.

Testifying in person was one of the offices, Caroline Edwards, who suffered serious injuries as she battled the mob that pushed into the Capitol.