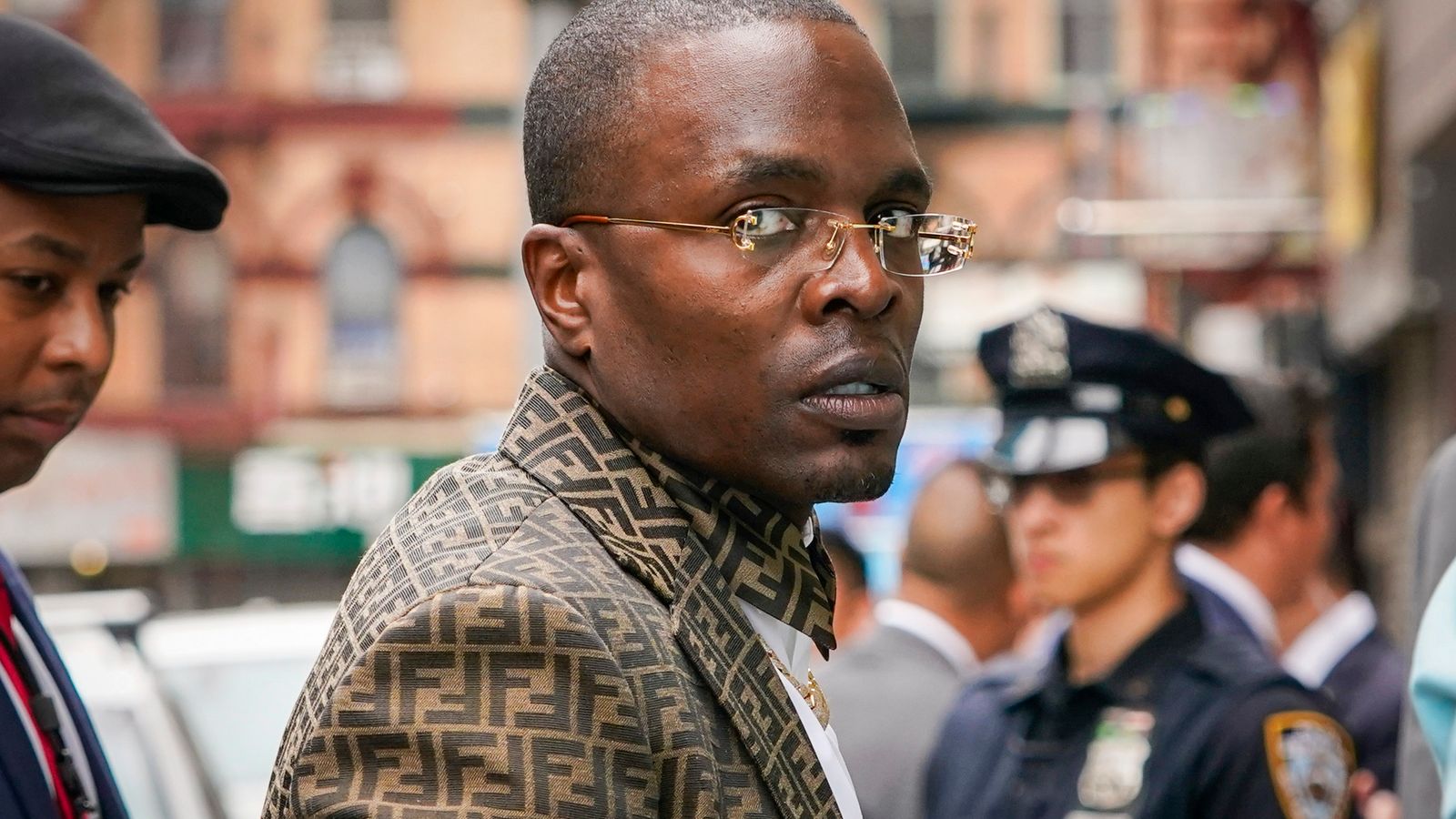 A flashy Rolls Royce-driving Gucci suit-wearing New York priest says his showy lifestyle was not to blame for a gunpoint robbery that happened during one of his live-streamed services.

Dramatic footage shown on Bishop Lamor Miller-Whitehead’s social media live platforms captured the moment three hooded, masked gunmen burst into his service and stole the hundreds of thousands of dollars’ worth of jewellery he was wearing – in front of his stunned congregation and many hundreds more watching at home.

Bishop Miller-Whitehead, who can often be seen driving around the Big Apple in his Rolls Royce, was delivering a sermon on Sunday at his Leaders of Tomorrow International Ministries when police say three robbers walked in.

Just as he was urging his followers to keep faith in the face of adversity, the men shouted to the room: “Nobody move!”

Bishop Miller-Whitehead threw himself to the ground as the robbers – who were brandishing at least one gun – stole the chains, crosses and bangles he was wearing, as well as those adorning his wife.

It was unclear how many people were in the church at the time of the robbery.

New York City Mayor Eric Adams has vowed to hunt down the thieves. “No one in this city should be the victim of armed robbery, let alone our faith leaders and congregants worshiping in a House of God,” he told the New York Daily News.

During a Facebook live on Monday, Bishop Miller-Whitehead offered a $50,000 cash reward to anyone who had information that would help the police investigation.

“Y’all don’t get to do that to my family and get away with it,” he said.

The Brooklyn bishop is known for flaunting his designer suits, diamond-encrusted chains and number of luxury cars but said in an Instagram post that it was not his fault he was the victim of crime.

A few comments on his social media had implied his “blinged-out” look had made him a target.

“Sometimes when you’re a known bishop, it’s a gift and a curse,” he said. “You become the talk of the town.”

“I am human – and no-one is going to joke about my church almost being shot-up.”

Police said they were interviewing witnesses and reviewing video footage.