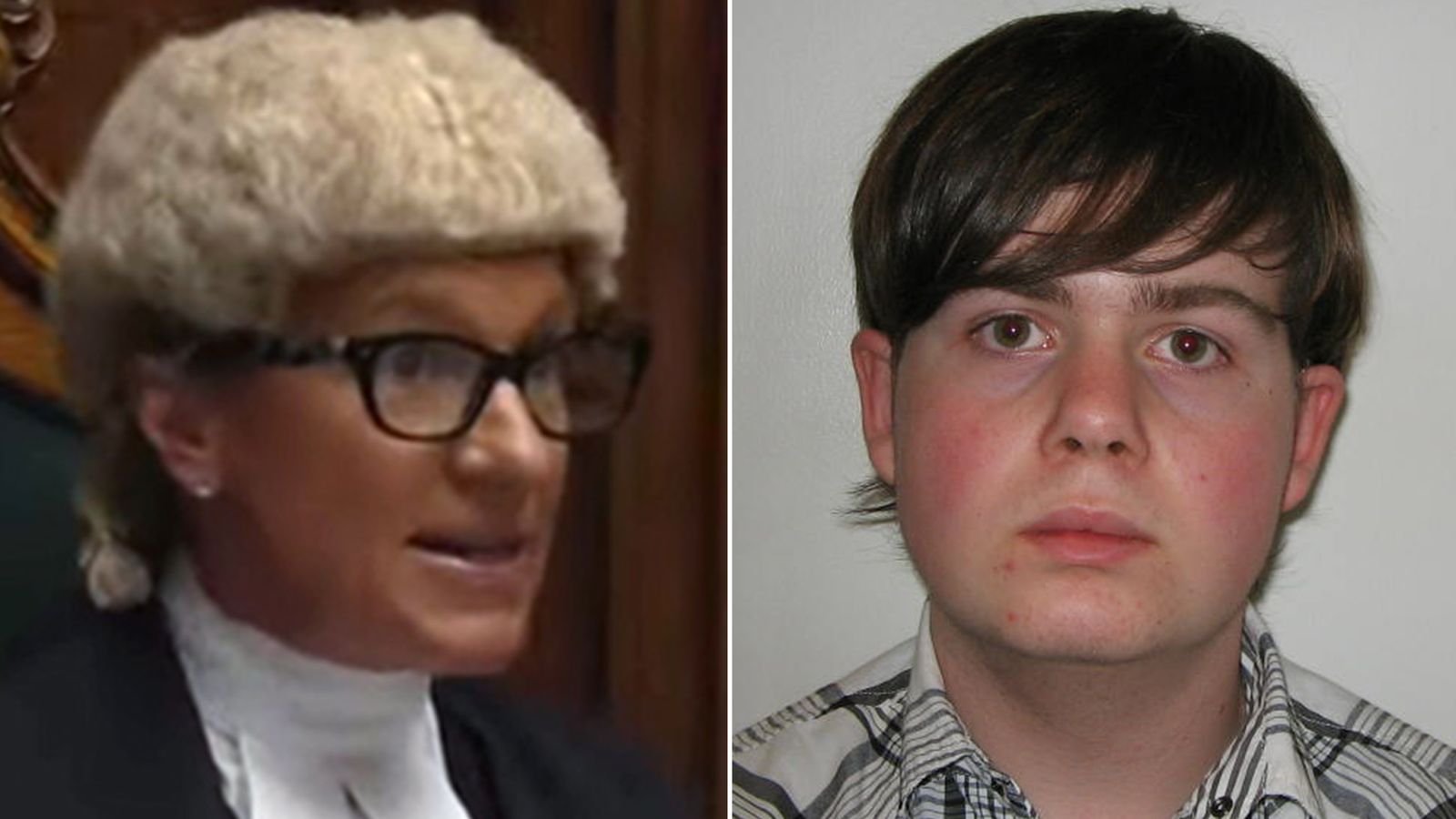 In a historic televised first – cameras have been allowed in court to show a judge sentence a 25-year-old man to life imprisonment for stabbing his grandfather to death.

Ben Oliver, who had been cleared of murder, admitted the manslaughter of 74-year-old David Oliver, in Mottingham, south-east London, on 19 January last year.

Making legal history, Judge Sarah Munro QC’s sentencing of Oliver on Thursday was broadcast from the Old Bailey in central London, as she told him he presented “a significant risk to the public”.

The judge said Oliver had used a kitchen knife to repeatedly cut his bedbound victim’s throat “with severe force” and stab him in the mouth and eyes until “he was utterly powerless”.

Jurors heard during the trial the brutal attack was carried out with the intention to kill because Oliver was “very angry” at learning of allegations against his grandfather of historical sexual abuse of girls. 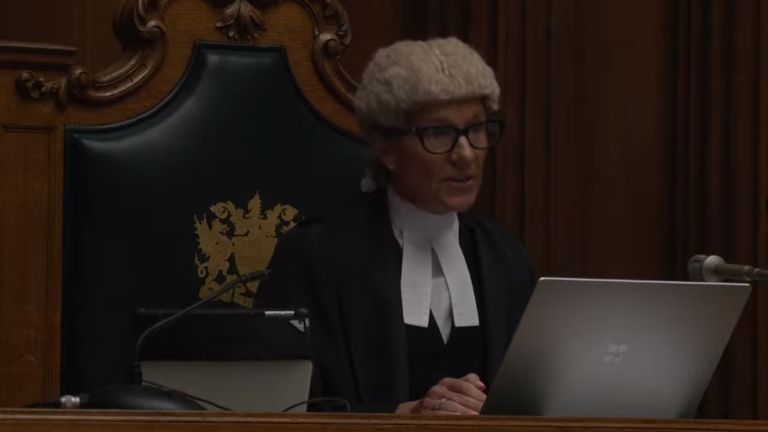 In Full: First sentencing on TV in England

The court heard the defendant, who was born with a congenital hearing impediment, grew up in “difficult times”, with Judge Munro setting out his troubled family background and early childhood experiences which she said had left him “irreparably damaged”.

Oliver’s father left his mother shortly after his birth and her new partner was “extremely cruel” to the defendant who was diagnosed with autism at a young age, bullied at school and in and out of care, she said.

In 2016, Oliver was convicted of sexual offences against a young girl when he was aged 15. He was released from youth detention in September 2019.

In the months before the killing, he was depressed and had suicidal thoughts as he became aware of allegations of sexual abuse against his grandfather, who was also said to have treated his wife badly and had affairs.

That love turned to hatred of his grandfather and Oliver developed an “obsessional tunnel vision” leading to a determined decision to kill in a “ferocious” way, the judge said.

“He can’t hurt you any more,” he told his nan after the killing, and also sent a text message to his mother, saying: “Mum, I’ve killed grandad. I love you.”

Oliver was said to have autistic spectrum disorder which, combined with other emotional and mental factors, diminished his responsibility for the killing.

After weighing up aggravating and mitigating factors, the judge told Oliver: “In your case I do consider the seriousness of the offence does justify a life sentence.”

She said he must serve a minimum of 10 years and eight months in prison, minus the 500-plus days he has already spent in custody.

The move to broadcast his sentencing was announced by the Ministry of Justice on Wednesday and was hailed by broadcasters as a “landmark moment for open justice” and a “victory for the viewer”.

The footage was broadcast on news channels and made available online through Sky News, BBC, ITN and the PA news agency.

The decision to allow cameras in crown courts in England and Wales for criminal trials follows a change in the law in 2020, but implementation was delayed due to the COVID pandemic.

Coverage will be restricted to the judge handing down a sentence and explaining the reasons for it, with a time delay to avoid broadcasting any violent or abusive reaction.

Only the judge will be filmed to protect the privacy of victims, witnesses and jurors.

Netflix is expanding its push into video games, but few subscribers are playing along
Google outage reported by thousands of users around the world
Archie Battersbee cannot be moved to hospice to die, High Court rules
NASA’s Mars Reconnaissance Orbiter Spots “Ear” of the Red Planet
Ex-BBC DJ found guilty of stalking Jeremy Vine and other broadcasters