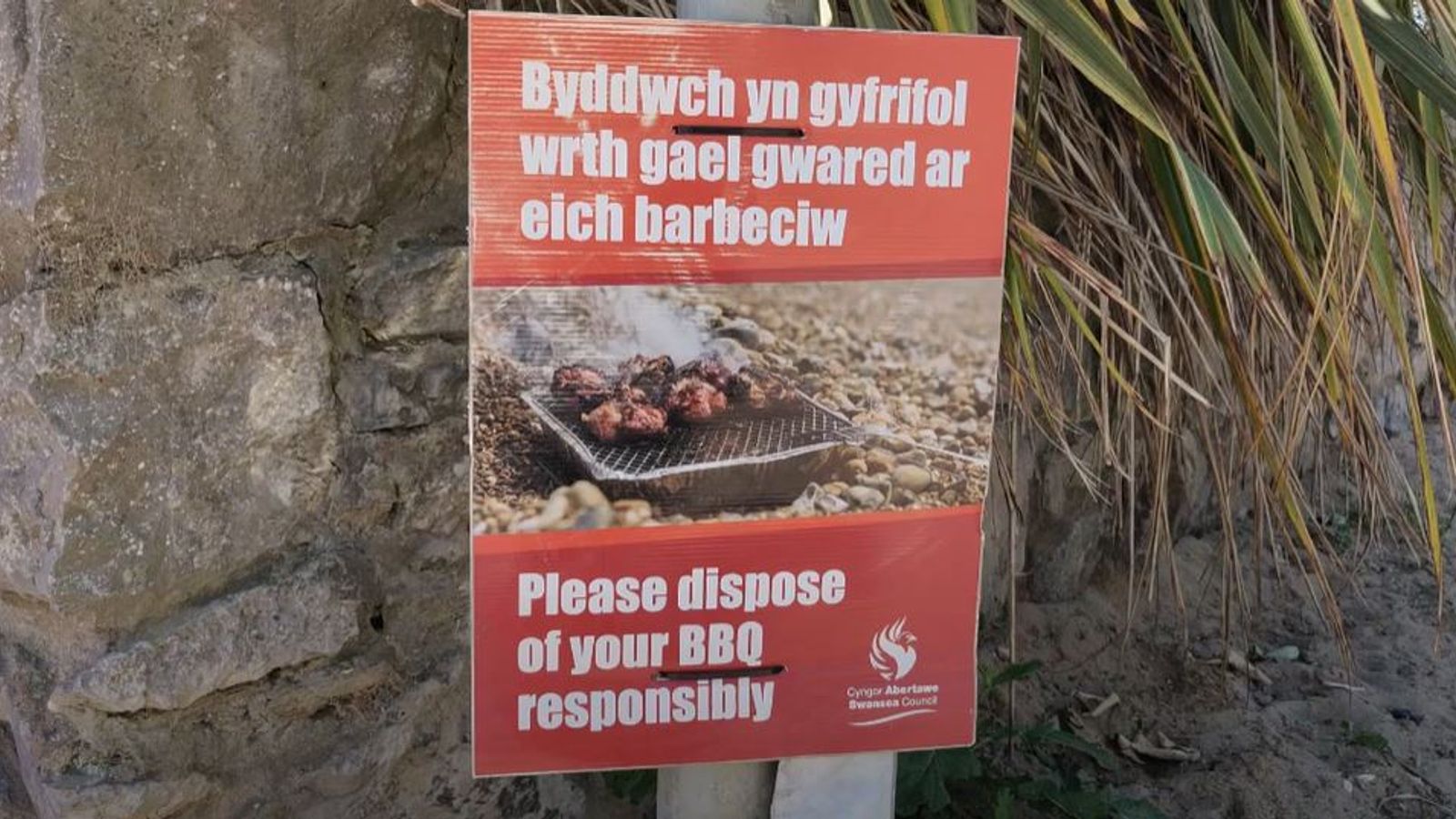 Marks & Spencer is to stop selling disposable barbecues in all of its UK stores.

Amid a summer that has seen record-breaking temperatures and exceptionally dry conditions, the retailer said it wanted to “help protect open spaces and reduce the risk of fires”.

M&S tweeted: “We’d already stopped selling disposable barbecues near national parks and in London but given the unusually hot and dry conditions, we’ve taken the precautionary step of removing them from sale across the UK.”

London Fire Brigade (LFB), which has been calling for a ban on disposable barbecues, said it was “good news”.

On Twitter, LFB added: “We want to work with retailers to stop the sale of disposable barbecues and reduce the risk of dangerous grass fires.”

London’s Fire Commissioner Andy Roe has written to local authorities asking for a temporary ban on the use of barbecues in all public parks and open spaces.

The tinder-dry conditions across the UK have fuelled numerous wildfires, some of which have destroyed homes and crops, and prompted calls for a ban on the disposable barbecues behind many of the blazes.

More on Marks And Spencer

New figures have shown that in the week commencing 18 July, LFB received 8,302 calls and attended 3,231 incidents, including more than 1,000 fires.

“We need urgent action now to see a national ban on the sale of disposable barbecues.

“They can be bought for as little as £5 and can cause untold damage, especially when the grass is as dry as it has been over the last few weeks.”

He added recent incidents were “another example of how we are increasingly being challenged by new extremes of weather as our climate changes”.

LFB is backing a petition on the parliament website calling for a “complete ban on the sale and use” of disposable barbecues in the UK.

It comes after it was revealed parts of England have had their driest July since records began, according to provisional figures from the Met Office.