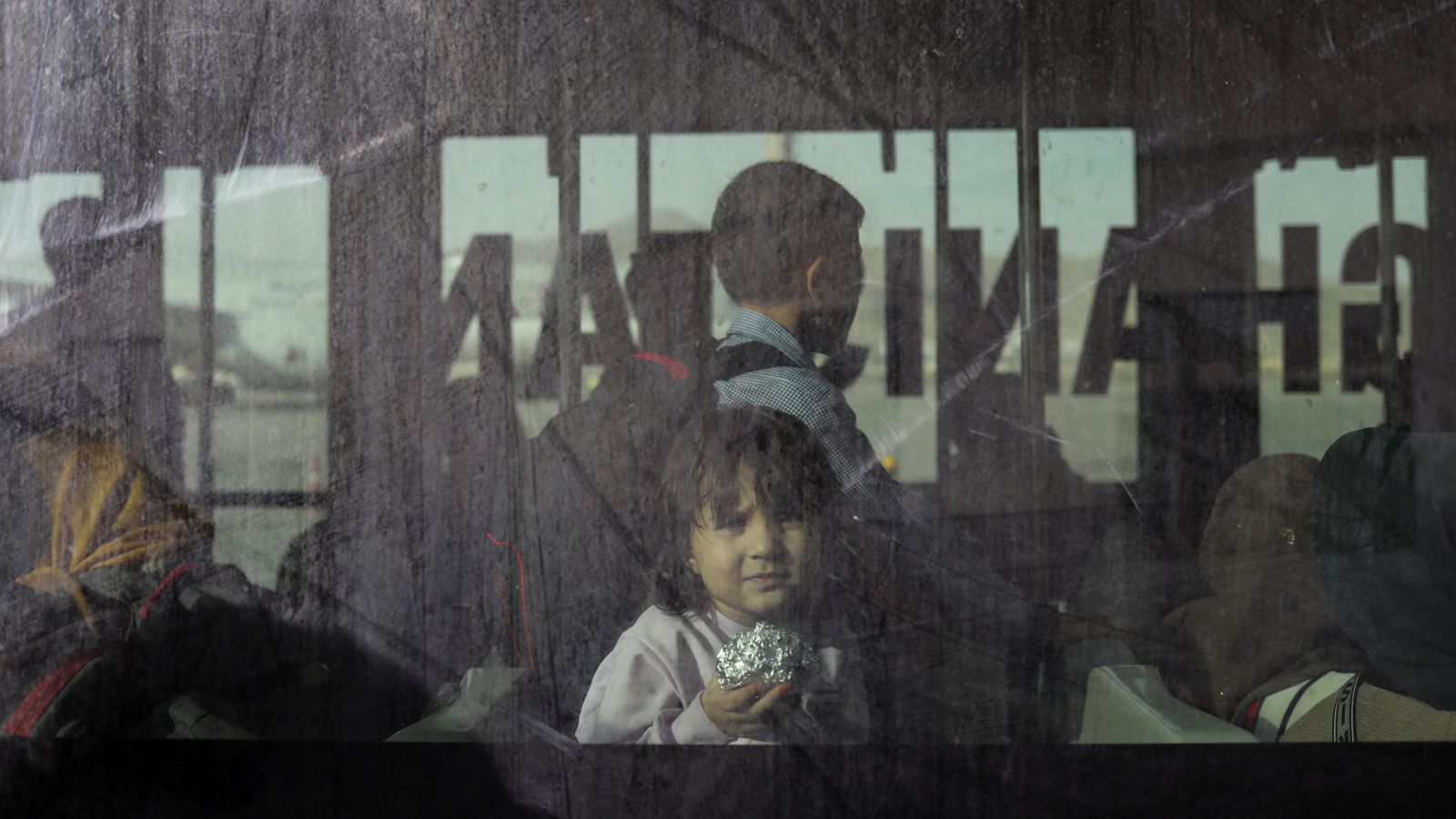 A damning new report says the US-led withdrawal from Afghanistan was carried out with no planning, was mired in “chaos and confusion”, and ended in “tragic yet avoidable outcomes”.

On the first anniversary of the Taliban takeover of Kabul which led to the sudden mass evacuation of thousands of displaced Afghans, Republicans on the US House foreign affairs committee have released a dossier which outlines how they say the operation was handled.

The strongly-worded 121-page report does not hold any punches.

“The choices made in the corridors of power in DC,” it says, “led to tragic yet avoidable outcomes: 13 dead service members, American lives still at great risk, increased threats to our homeland security, tarnished standing abroad for years to come, and emboldened enemies across the globe.”

“Very little was done to prepare for a Taliban takeover of the country” or for the evacuation, it said.

And it also claimed, despite acknowledging for months that not evacuating them represented a significant security risk, the administration failed to make “any effort to prioritise the evacuation of US-trained Afghan commandos and other elite units who possess sensitive knowledge about US military operations”.

Analysis: Was faulty intelligence to blame for the Afghan fiasco?

Many of those personnel, it went on, “have been forced to seek refuge in Iran where they could be exploited for their information”.

The report claims even President Biden’s own officials have described the end of the US presence in Afghanistan as a “strategic failure” and “an ugly final phase.”

More than 15,000 Afghan and British nationals were evacuated from the city by personnel from the Royal Navy, British Army and Royal Air Force in what Defence Secretary Ben Wallace described as “the largest British evacuation since the Second World War”.

In its findings, the committee claims President Biden favoured an unconditional withdrawal from Afghanistan, following consultations with senior US military advisors and allies.

However, it says: “There is ample evidence, including direct testimony from American military leaders and top NATO allies, that they supported a continued conditions-based deployment in Afghanistan.”

This meant keeping an advisory and counterterrorism mission in place made up of 2,500 US military personnel along with 6,000 mostly NATO forces.

• At the height of the evacuation, only 36 American consular officers were on the ground in Kabul, despite needing to process more than 100,000 evacuees

• Some 1,450 Afghan children were evacuated without their parents

• The problems during the evacuation were exacerbated by mixed messages from the State Department to Americans and Afghan allies on the ground, and a lack of proper equipment and personnel at the airport.

President Biden has called the operation an “extraordinary success” that flew more than 124,000 Americans and Afghans to safety and wound up an “endless” war in which some 3,500 US and allied troops, and hundreds of thousands of Afghans died.

At the time, he told the American people: “Last night in Kabul, the United States ended 20 years of war in Afghanistan – the longest war in American history.

The mission was an ‘extraordinary success’

“We completed one of the biggest airlifts in history… more than double what most experts thought were possible.

“No nation – no nation has ever done anything like it in all of history. Only the United States had the capacity and the will and the ability to do it, and we did it today.

“The extraordinary success of this mission was due to the incredible skill, bravery, and selfless courage of the United States military and our diplomats and intelligence professionals.”

The US House of Representatives’ (lower house) foreign affairs committee is made up of 27 Democrats and 24 Republicans, but the report was put together by the ‘minority’ party only, that is, the Republicans.