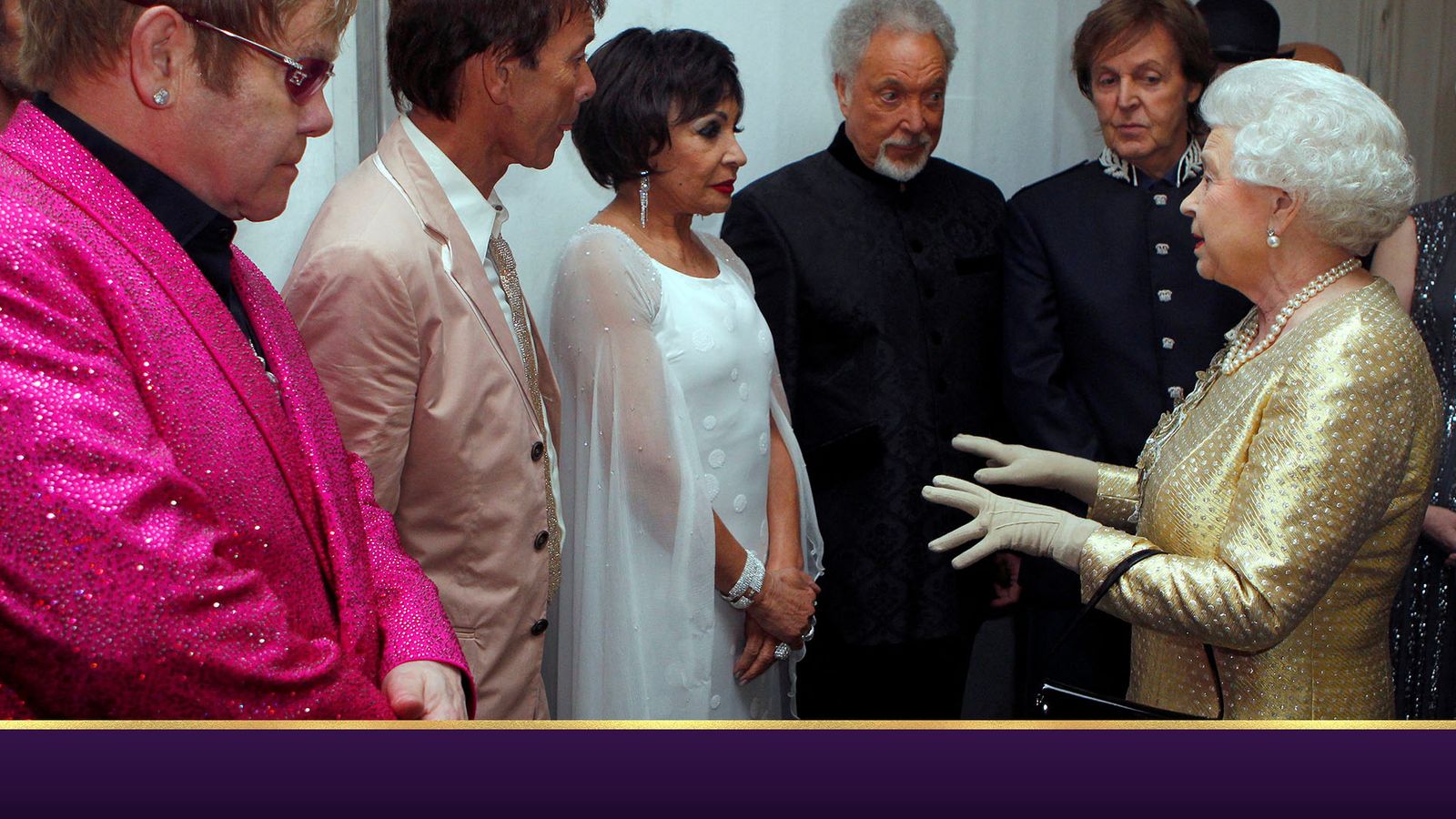 Celebrities including Elton John, Daniel Craig and JK Rowling are among those who have shared tributes following the Queen’s death.

Rolling Stones frontman Sir Mick Jagger described her as “the much beloved grandmother of the nation”.

He tweeted: “For my whole life Her Majesty, Queen Elizabeth II has always been there. In my childhood I can recall watching her wedding highlights on TV.

“I remember her as a beautiful young lady, to the much beloved grandmother of the nation. My deepest sympathies are with the Royal Family.”

Sir Elton John tweeted that he was “deeply saddened”.

“She was an inspiring presence to be around and led the country through some of our greatest and darkest moments with grace, decency and a genuine caring warmth,” the singer said.

“Queen Elizabeth has been a huge part of my life from childhood to this day, and I will miss her dearly.”

Daniel Craig, who appeared with the Queen in a skit for the London Olympics, said she had left “an incomparable legacy and will be profoundly missed”.

“I, like so many, was deeply saddened by the news today and my thoughts are with the Royal Family, those she loved and all those who loved her,” said the Bond actor.

Actress Dame Helen Mirren, who played the Queen on screen and stage, said on Instagram: “I am proud to be an Elizabethan. We mourn a woman, who, with or without the crown, was the epitome of nobility.”

Harry Potter author JK Rowling said the Queen had done her duty “right up to her dying hours”.

“Some may find the outpouring of British shock and grief at this moment quaint or odd, but millions felt affection and respect for the woman who uncomplainingly filled her constitutional role for seventy years,” she tweeted.

“Most British people have never known another monarch, so she’s been a thread winding through all our lives.

“She did her duty by the country right up until her dying hours, and became an enduring, positive symbol of Britain all over the world. She’s earned her rest.”

Theatre impresario Sir Andrew Lloyd Webber said the Queen had been “the constant anchor of not just Britain and her beloved Commonwealth, but an inspiration to the world for her lifetime of service”.

“Her legacy will be remembered as a selfless beacon for love, understanding and the celebration of fellow human beings all over the world, no matter their race or creed,” he added.

Singer Sir Tom Jones said the Queen had been an “inspiration throughout my life”.

“She was a reassuring force in difficult times, her dedication was faultless and her commitment to duty unrivalled,” he tweeted, adding “long live the King”.

Rocker Ozzy Osbourne tweeted a portrait of the young Queen, with the message: “I mourn with my country the passing of our greatest Queen.

“With a heavy heart I say it is devastating the thought of England without Queen Elizabeth II.”

Ant and Dec posted a joint statement: “We are deeply saddened by the passing of Her Majesty Queen Elizabeth II.

“It is hard to believe she will no longer be with us. Our thoughts, prayers and condolences are with King Charles and the entire Royal Family.

“Rest In Peace Your Majesty. And thank you.”

Fellow TV host Holly Willoughby said on Instagram: “Thank you for your lifetime of service and humble commitment to duty.”

Sports stars such as Sir Mo Farah also paid tribute: “My condolences to the Royal Family at this very sad time,” said the Olympic gold medallist.

“The Queen was loved all over the world and meant so much to so many.

“Meeting her was one of the greatest honours of my life. We will remember her for her warmth and dedication to the British people throughout her reign.”

Dame Jessica Ennis-Hill published a picture of the Queen on her Instagram story with the words “a sad day” next to a broken heart emoji.

Former England footballer Gary Lineker tweeted: “Such a terribly sad day. Her Majesty The Queen has died. A truly remarkable woman who served her country with dignity, loyalty and grace.

“A comforting ever present in the lives of most of us. Rest in Peace, Your Majesty.”

Paddington Bear, who did a light-hearted sketch with Her Majesty for her Jubilee celebrations this year, tweeted: “Thank you Ma’am for everything”.