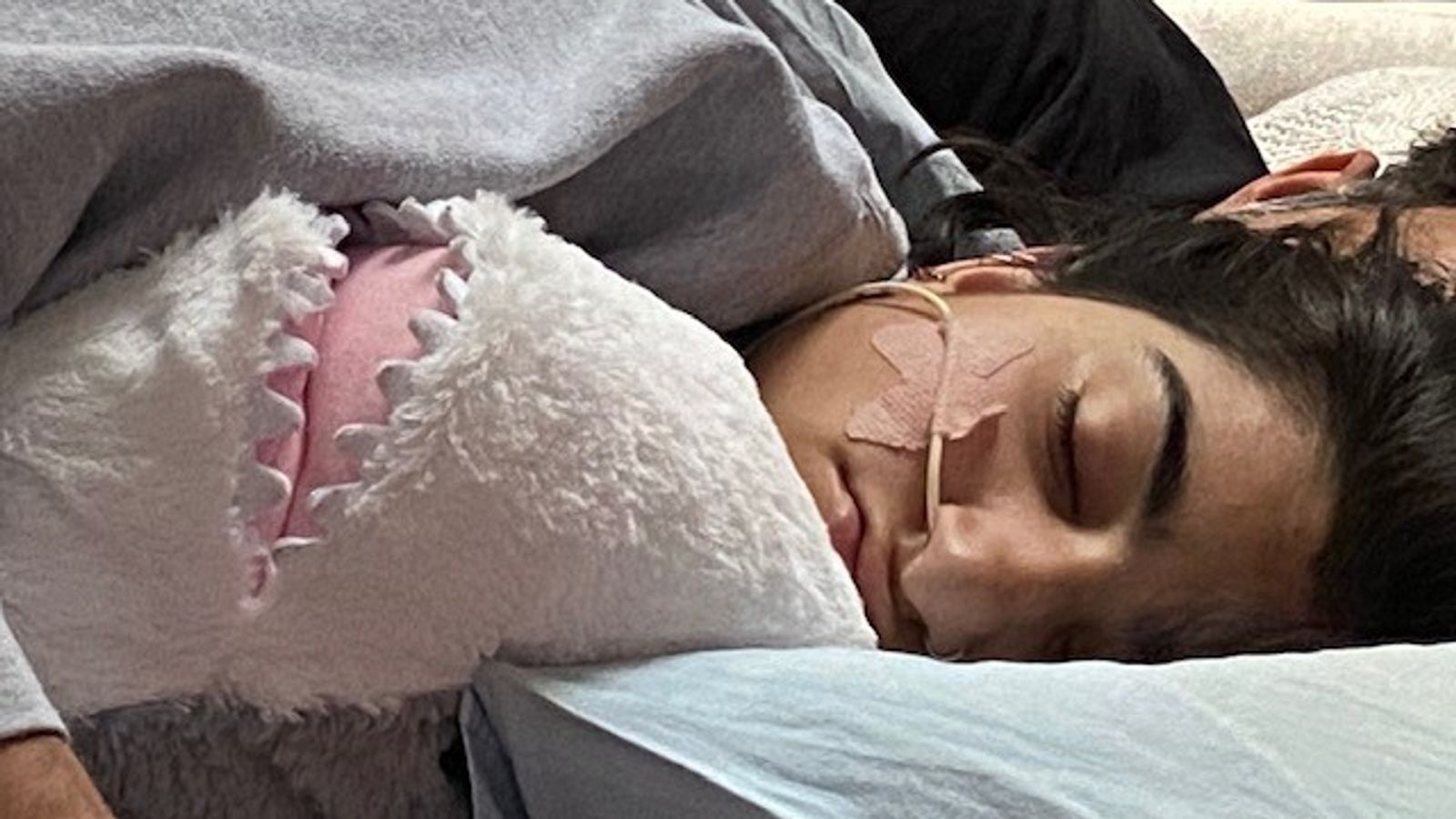 More than 20 former patients or their relatives have revealed how they were “treated worse than animals” and failed by the “awful” care they received at mental health hospitals for teenagers.

Testimonies gathered in an investigation by Sky News raise repeated allegations of over-restraint and inadequate staffing which youngsters say left people at increased risk of self-harm.

Patients described being left in rooms with blood on the walls, and accuse staff of failing to prevent them from hurting themselves.

The mother of one girl, who wishes to remain anonymous, said that patients were “treated worse than animals” with many subjected to “clear trauma, pain and suffering”.

The allegations stretch back more than a decade, impacting teenagers being treated for serious mental health issues by a single provider – The Huntercombe Group – paid for by the NHS.

Sky News has presented its findings to the Department of Health, which described the allegations as “deeply concerning”.

Repeated claims of over restraint

Sky News spent months tracing the group, most of who don’t know each other, in a joint investigation with The Independent.

Eighteen-year-old Alice Sweeting, who was in Huntercombe’s Maidenhead unit for 14 months until autumn last year, told us: “No one’s going to get better in that environment.

“I think it’s awful. It shouldn’t be open. I don’t know why they’re still running.”

At least three of the former patients we spoke to revealed they have been diagnosed with post-traumatic stress disorder (PTSD) since leaving the units – with their treatment at the hospital contributing to the diagnosis.

Amber Rehman, 18, said the time she spent in the unit made her mental health condition “much worse”.

“It hasn’t stopped. Every day, guaranteed. It’s been going through my head more than anything else,” she said.

Sky News has seen independent reviews – commissioned by The Huntercombe Group – which raise concerns into the care of three of the young people we’ve spoken to. Two of the reports describe the use of restraint as “coercive”.

We can also reveal the NHS has paid The Huntercombe Group nearly £190m since 2015 to provide adolescent mental health inpatient services, despite repeated criticisms about the standard of care patients have been receiving in its units.

A Department of Health and Social care spokesperson said: “The allegations of mistreatment that have been raised are deeply concerning.

“We take these reports very seriously and are investigating the concerns raised and are working with NHS England and the CQC (Care Quality Commission) to ensure all mental health inpatient settings are providing the standard of care we expect.”

Former Children’s Commissioner Anne Longfield, who is chairing an independent review of inpatient mental health care in England, described the allegations as “barbaric” and called on the CQC to re-inspect the units “urgently” and speak to the youngsters we’ve interviewed.

The Huntercombe Group was taken over by Active Care Group at the end of last year. Two months after the takeover, a patient died at the group’s unit in Maidenhead, now called Taplow Manor, with Thames Valley police currently investigating.

Taplow Manor and another unit in Staffordshire remain open. Three other children’s mental health units which were part of The Huntercombe Group have closed.

Dr Sylvia Tang, who was CEO of The Huntercombe Group since June 2020 and is now CEO of Active Care Group, said: “The death of a young person at Taplow Manor in February 2022 was a tragic and sad event.

“We have already taken steps to make improvements to the service and remain committed to providing the best possible care for our patients. Our sincere condolences go out to the young person’s parents and all who have been affected.”

In response to our dossier of concerns raised by former patients, Dr Tang said: “At the time most of these incidents are alleged to have taken place, the Active Care Group, did not own the facilities at which they are purported to have happened.

“ACG acquired 12 of The Huntercombe Group services in December 2021 (including the brand), and previous owners retain all the legal entities and associated records for these facilities prior to their acquisition.

“The current group is therefore unable to comment on the services provided prior to this date.”

Active Care Group says it has “robust” processes in place.

The previous owners of The Huntercombe Group – Elli Investments Group – told Sky News: “We regret that these hospitals and specialist care services, which were owned and independently managed by The Huntercombe Group, failed to meet the expected standards for high quality care.”

An NHS spokesperson said: “The NHS has repeatedly made clear that all services must provide safe, high-quality care and deliver on the commitments in their contracts.

“We continue to work closely with the CQC to monitor, identify and take appropriate action where it is needed.”

Some Meta employees claim they’re not getting promised severance
Starmer to pledge ‘biggest ever’ transfer of power as report outlines sweeping reform plans
China competing with West ‘will lead to clash’ and UK ‘has been asleep to threat for decades’
Cramer talks about some hot industrial stocks, and how we’re playing Wall Street’s pivot from tech
Amber Heard files appeal against Johnny Depp libel trial verdict